Signs of the Times that No Longer Work for Us

Religions are conservative. They hang on to and perpetuate traditions. They have a hard time letting go of the old, and accepting the new.

One positive aspect of conservatism is stability. But societies and human institutions evolve. Things change. Religions therefore must change and adapt—if for no other reason, for the simple fact that knowledge steadily increases and culture continues to change.

All religions go through the process of change, too, in understanding, theology, doctrine, and practice. Hinduism moved from Vedism, to Upanishadic, to classical, to modern Hinduism. Buddhism evolved from the Buddha’s position to Mahayana, to Hinayana, to Zen. As conservative as Islam appears, it too has evolved in significant ways.

Christianity has not escaped change either. The apostles wouldn’t recognize the religion of today’s Christian church. There is ongoing change within denominations as outdated ideas and practices are discarded and new ones adopted. Someone has remarked that Pope John XXIII (whom no one had anticipated would be a reformer) brought Roman Catholicism, kicking and screaming, from the Middle Ages into modern times.

The result is that some subjects are never touched, and many Bible passages are never read. Consequently, we have for over a century and a half taken our cue for present thought and practice from what was said in the 19th century.

But when the veracity of a particular position is called into question, it will no longer do to simply fall back on the pioneers’ teachings. A religion or an institution that refuses to be current will simply be left behind, standing alone and empty on the sands of time. It will not matter that the members think they are the elect and everybody else is lost forever. That religious body becomes increasingly obscurantist and irrelevant. It will dwindle, and eventually die.

Perhaps it is time for us to take our cue from Christianity itself. The genius of Christianity is its adaptability. The religions of the first century that competed with Christianity have long since disappeared—think of, for example, gnosticism and many forms of paganism. Christianity has survived because, while retaining its central message of salvation in Christ, it has been able to adapt to the thinking of the times, meeting men’s minds according to current knowledge, and moving on as knowledge increases and understandings change.

People don’t accept as religious truth that which they consider irrelevant and uninformed. Oh, perhaps a few will. But the masses won’t. And in time those who become informed will drop out.

Here, then, are a few 19th century ideas that keep reappearing in Seventh-day Adventism—ideas that no longer help us in our mission, but rather have become cumbersome items of baggage.

One strong theme in our eschatology has had to do with signs of the end. That’s where we began with Mr. William Miller. But in fact many of the signs we advance to this day weren’t signs at all—because centuries have passed and the end has not come. We are simply repeating what 18th- and 19th-century preachers advanced.

These phenomena no longer bolster faith. Using them to show that our denomination came at the right prophetic moment will prove counterproductive as years march on.

We still, in our teaching, try to draw inspiration from catastrophe. Preachers and evangelists do it, and churchgoers seem to expect it. Let a pandemic come and people will shout “It’s the end”. Let an earthquake or hurricane happen, and people declare there’s never been another like it since Noah’s flood.

Inspiration drawn from catastrophe is fragile. Let’s pay attention to what Jesus himself said:

You will hear of wars and rumors of wars. See that you are not troubled; for all these things must come to pass, but the end is not yet. For nation shall rise against nation and kingdom against kingdom. And there will be famines, pestilences, and earthquakes in various places. All these are the beginning of sorrows. (Matt. 24:6-8).

The “Open Space” in Orion

Many in the 19th century believed that the brightness observed in the Orion constellation came from beams of glory emanating from the throne of God and that an open space in that constellation was the gateway to heaven—indeed, the gate through which Jesus will come down to Earth.

Astronomers have known for over a century that the region in the middle of Orion is a vast area of interstellar dust, gas and molecules, a place of massive star formation, named M42 in Messier’s catalogue.

Orion does not shine with heavenly glory but with the radiation of star formation. There are many other such areas in the heavens. It is time to stop talking about going through Orion’s gates to enter heaven. There are no gates there, only stars, heavenly bodies and debris, as any student of astronomy today knows.

Moreover, sinful humans could not simply lift up their eyes and see the glory of heaven; the few in the Bible who had glimpses of celestial glory nearly died at the sight.

The time of the end

The New Testament equates “the last days” with the arrival of Jesus Christ (Heb. 1:1,2). But the simple designation “time of the end” raises several problems. We mention just one: A“time of the end” that has been dragging on for two hundred years has no validity. At this point, it ought to be called something else.

William Miller believed it and used it, arranging his calculations within a 6,000-year time scale predicated on what was assumed to be the date of creation.

This belief has had a long history. Its seed came from Persian Zoroastrianism, into Babylonian astrology, to Judaism and into 2nd-century Christianity. The idea was reasoned, embellished, and modified through the centuries, Augustine of Hippo and Joachim à Fioré being leading architects in that endeavor.

Bishop James Ussher (1581-1656) of Ireland calculated the date of creation based on some highly speculative calculations in biblical genealogies. By the 19th century practically all the major denominations espoused Ussher’s dates, with the creation set at 4004 B.C. Dispensationalists printed the supposed dates for major biblical events in their Bibles. (About 30 years ago the dispensationalists announced that present knowledge no longer permitted them to include dates in the The Scofield Reference Bible for the events in Genesis.)

The 6,000-year life on Earth idea did not originate with Ellen G. White. She merely passed along what everybody else was saying. Life on earth is very old indeed. Whether we accept the teaching of evolution or not, the simple incontrovertible fact is that life has been present on Earth for much longer than 6,000 years. It is up to us to wrestle with that fact and find satisfactory ways for the inclusion of Divine intervention in the process. Christianity, to be relevant, will have to include God in these processes whatever the far-off date for life’s beginnings. (See C. Pamphile, 6000 Years and the Advent of Christ, 2020.)

Rome has had bad press since the arrival of Protestantism. Yes, the Roman Catholic hierarchy had some extremely unsavory personnel. Formosus (d. 896) was posthumously “unburied”, tried, deposed, and dismembered. Innocent III (d. 1216), a most despotic and political pope, was despised by the Catholic church, as was Alexander (Borgia, d. 1503), who was the most sexually deviant of them all. Some monasteries were known for their affluence and their immoral and slothful living.

Yet it was the Protestant Reformation that made Roman Catholicism into an enemy. The most Protestant of all nations, the United States, has been since its inception the most critical of Roman Catholicism. We remember the fear and agitation at the election of the first Roman Catholic president, John F. Kennedy. You will still hear in some Adventist sermons quotes from an obscure Catholic cleric from the 1700s, or of the long-disproven “Vicarius Filii Dei” crown in the Vatican, or the lies of Maria Monk, as though they were contemporary evidence of Catholicism’s attitudes or crimes. Is that how we’d like people to evaluate us? By myths and lies and obscure references that we no longer hold to?

I do not argue that we are to embrace Catholicism or any other creed. I do argue that it is proper to treat all who call on the name of Christ as fellow Christians, even as we inform them of our belief, and let the Lord fulfill his prophetic utterances when he will. Anti-Catholicism will not help our evangelism.

Religion that is too rigid is weak. When the ground shifts, the structure crumbles. We have gone from thinking the biblical last days were those following Jesus’ ascension (Heb.1:2), to “the time of the end” beginning in 1844, to the expected “end of time” when there is persecution and Jesus’ return.

But as time continues to flow, the “time of the end” keeps lengthening, and we can no longer depend on two-century-old events to authenticate our movement. Will we continue to draw inspiration from these positions in 50, or 100, or 1,000 years? A position based on time runs the risk of being overturned by time. As time rolls on, what was advanced as truth may come to be seen as merely enthusiastic blindness.

A caution about reliance on rigid expectations is especially pertinent in historical interpretation, where dates held as fact at one time are eliminated by further historical studies. 19th-century prophetic interpretation made Turkey a central player—an interpretation historical events have since completely eliminated. What else will change as time passes? Indeed, as I have shown above, much that we rely on as end-time evidence has little convincing power today.

Our assurance must remain spiritual: that is, based on faith. Any idea claiming to be religious beyond pure and simple faith can be easily unraveled. Faith is unassailable because it needs no historical facts, no philosophical proofs, being “the evidence of things not seen” (Heb. 11:1, emphasis added). Faith holds that God exists, and that his existence is beyond proof. Faith holds that God was involved in creation; it doesn’t need geological or paleontological proofs.

We hold on to these things by faith, just as we do salvation through Christ, and eventual eternal life.

In religion, it is absolutely necessary that we abide in faith. Any other position can be overturned and leave us in a quandary. Let us therefore steer away from these weak 19th-century props. Time marches on. Knowledge increases. The religious future promises to be dynamic indeed. It will only be interestingly so if we stand by faith; if we rely on rigid but weak beliefs we may be in for great disappointments. 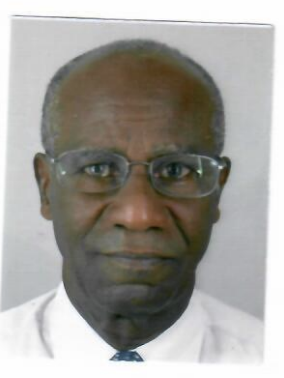 Dr. Clarence Pamphile studied at Caribbean Union College in Trinidad, at Andrews University, and in the Institut de Théologie Protestante in France. He has worked as pastor, theology professor and church administrator. He and his wife, Reinette, are retired in Guadeloupe.