How Should We React to the Ravi Zacharias Sex Scandal?

Christianity Today published an article on September 29 that included new allegations from employees of two health spas owned by Zacharias. They say he repeatedly sexually harassed them, exposed himself to them, and asked for sexual favors. These disturbing revelations add further evidence to the testimony of Thompson.

One of the most disturbing aspects of this case is that several of the women he preyed upon had a history of sexual abuse. Zacharias knew this from his personal conversations with them. He specifically targeted these vulnerable women for his own gratification.

Learning of these accusations is undoubtedly painful and confusing for the many Christians who were blessed by Zacharias’ far-reaching ministry. How do we reconcile the public and private personas of this man? It is possible for Christian leaders to have complicated legacies. Zacharias may have had a positive impact on many people through his public ministry, but in his private life he was also a sexual predator who harmed multiple women. We must not ignore the latter simply because of the former. Doing so makes us complicit in the reproach he has brought to the name of Christ.

How then should we respond to these accusations?

First, we must take them seriously and demand a full and impartial investigation. Even one accusation should be taken seriously, not only because of the grave nature of sexual abuse, but because it is rare for women to lie about such things. Women who come forward with accusations against powerful and popular men are almost always vilified by the man’s family, friends, and fans. They’re accused of seeking fame or fortune for themselves by tearing down the reputation of an innocent man. The perpetrator himself often contributes to these attacks.

When the news about his sexting affair with Lori Anne Thompson went public, Zacharias claimed that the photos she sent him were unsolicited, and that she and her husband were trying to extort money from him. (The Thompsons deny these claims, but unfortunately, they can’t say much more because of a non-disclosure agreement (NDA) that Zacharias and his organization forced them to sign.) The bottom line is that no sane woman would subject herself to that kind of scrutiny and public criticism all for the sake of a lie.

But now we have more than one woman who has accused Zacharias of sexual impropriety. The odds are vanishingly small that they are all lying. What could they possibly have to gain from making up these stories? As hard as it may be for Zacharias’ fans to admit, the evidence is compelling: he was a serial sexual predator who preyed on multiple women. There must be a thorough and independent investigation of these claims. Zacharias’ organization, Ravi Zacharias International Ministries (RZIM), has said they will conduct an investigation. But how impartial will that investigation be?

Boz Tchividjian, an attorney and the executive director of GRACE, an organization that helps churches and religious organizations learn how to respond to abuse, rightly states that “Transparency = Credibility.” If RZIM conducts a thorough and independent investigation and releases their findings to the public, it will go a long way toward repairing the reputation of the ministry. But if their investigation is merely an attempt to salvage the image of their namesake, the exact opposite will happen.

Rachael Denhollander, an attorney and survivor advocate, has joined a chorus of advocates who have called for RZIM to release the Thompsons from the NDA. So far, however, RZIM has refused. That does not bode well for the thoroughness of their investigation.

A second response we should take to these accusations is to reconsider our use of Zacharias’ books, videos, and other materials. As influential as he was, we must consider the implications of continuing to use and promote his work when there are serious questions about his personal integrity. (And this article has not even touched on the other credible accusations against Zacharias that he inflated his academic credentials.) What kind of witness are we giving when our spiritual leaders turn out to be frauds, yet we continue to applaud them as if nothing is wrong?

Some will argue this point by saying that Zacharias should be presumed innocent until proven guilty. That is an important concept in our legal system, but it’s not the only one we should apply in these situations. Zacharias is dead now, so he will never be charged with any crime for his involvement with these women (and it’s likely he wouldn’t be charged even if he were still alive). But that doesn’t mean we must forever presume he didn’t do the things of which he has been accused.

An illustration: Suppose a well-respected young pastor in your community has been accused by several children of molesting them. There’s no evidence apart from the children’s own testimony. Some in the community believe them, but many think they’re lying. After all, they all come from dysfunctional and fatherless homes. And this pastor is loved and trusted by many parents in the community. Maybe the children are just making up stories to get attention.

Now suppose there is even an investigation. The police are called in; they interview the children, other witnesses, and the alleged perpetrator, but they are unable to come up with enough evidence to pursue criminal charges. The case is dropped.

Now, in the eyes of the law the pastor is still innocent. He has not been proven guilty in criminal court; in fact, he hasn’t even been charged with any crime. But would you leave your children alone with him? Some of you might say “yes.” (And for the sake of your children, you need to immediately read the book Predators, by Anna Salter.) But if your answer is “no,” then you are not, in fact, presuming him to be innocent. He may be legally innocent, but there is now enough doubt in your mind about his integrity that, out of an abundance of caution, you would not entrust your children to him.

The same logic applies to the situation with Zacharias. He will never be found guilty in a court of law, but there is enough evidence to cast significant doubt on his integrity. Is it really worth the risk of bringing reproach to the cause of Christ by continuing using his materials?

A third response we should take to this case is to reconsider our relationship to celebrity Christian pastors and leaders, especially those who turn out to be frauds. We love to use their work because it has such a powerful impact on us, and because those leaders are so effective and persuasive in their presentation. Zacharias in particular was admired by many Christians for his apologetic arguments in defense of the Christian faith.

But if we cannot sustain the proclamation of the gospel without relying on the arguments and influence of those who have in their own lives denied its power, we ought to question whether it is truly the gospel of Jesus Christ we are proclaiming.

Zacharias’ work was indeed a blessing to many. God can use even deeply flawed people for His glory. However, that does not mean we have to continue using his work going forward. Now that we know these concerns about him, it should change our relationship to his work.

“For Christ did not send me to baptize, but to preach the gospel—not with wisdom and eloquence, lest the cross of Christ be emptied of its power….

God can use the Ravi Zachariases of the world. But He doesn’t need them to accomplish His purposes. Neither do we. We are not preaching human wisdom. We are preaching divine wisdom. Our message is not of our own making. It comes from God. The Christian church will not fall if we stop using the apologetics of Ravi Zacharias. God is bigger than that. His truth is stronger than that. Our reliance on superstar preachers and leaders indicates that perhaps we don’t fully grasp that reality.

The story of Ravi Zacharias’ life is incredibly sad. He was a leader who towered above others in terms of his influence and reach. But the higher one climbs, the farther they have to fall. And what a fall it has been for Zacharias.

But imagine how differently this story might have ended if someone who knew Zacharias had lovingly held him accountable. Imagine if, as soon as they learned about this breach in his character, they confronted him and warned him about the dangerous path he was treading. Imagine if they did what was necessary to warn others about the danger he posed due to his lack of integrity. Perhaps he would have lost influence, and perhaps his public ministry would have come to an end. Would that have been an entirely bad thing? Christian celebrity culture breeds dysfunction. Putting people on a pedestal is bad for them, and it’s bad for us. It tempts them to misuse their popularity and influence for their own gain, and it tempts us to put our trust in fallible human leaders instead of in Jesus. Losing our heroes isn’t the end of the world, and in the long run it would be better for us to learn that no matter how popular or charismatic a Christian leader might be, he is still human.

And perhaps, if he had been held accountable sooner, Ravi Zacharias himself would have felt relief from the burden of continuing in public ministry while carrying the guilt of his secret vices. How terrible the weight on his shoulders must have been, knowing the colossal gulf that existed between his public and private personas. The truth is that when we cover up the sins of a spiritual leader, we do both him and his victims a disservice. Doing the right thing for both means holding the leader accountable. It brings relief to the suffering victim, and it gives the perpetrator the opportunity to find repentance, forgiveness, and healing from his sin.

May we learn these important lessons from the sad story of Ravi Zacharias. And the next time we’re faced with a spiritual leader living a double life, may we apply what we have learned to hold him accountable and to seek true healing for all involved. 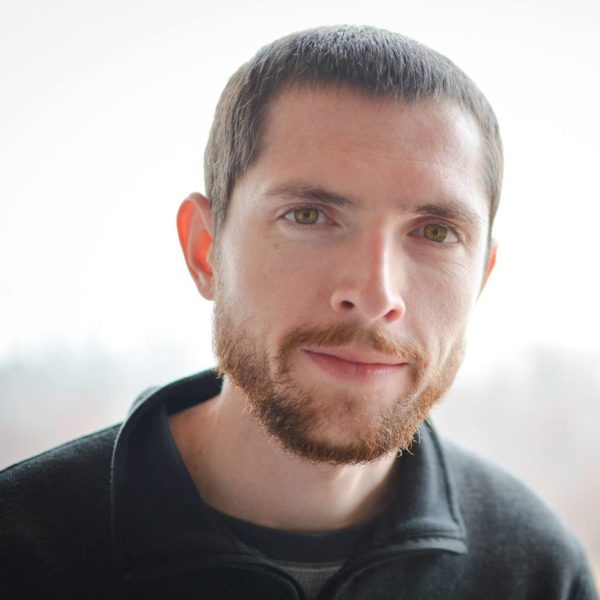 Matthew Shallenberger is the associate pastor of the Ooltewah Adventist Church. He is a graduate of Southern Adventist University and the Seventh-day Adventist Theological Seminary at Andrews University. He and his wife, Emmalee, have two boys—Malachi, age 6, and Eli, age 4. He is a musician, a writer, and an avid fan of the St. Louis Cardinals. His favorite book of the Bible is 1 John.

Aunty, must I invite my abusive stepfather to my wedding? WhatsApp/Zoom Bible Study Takes Off in Rio de Janeiro