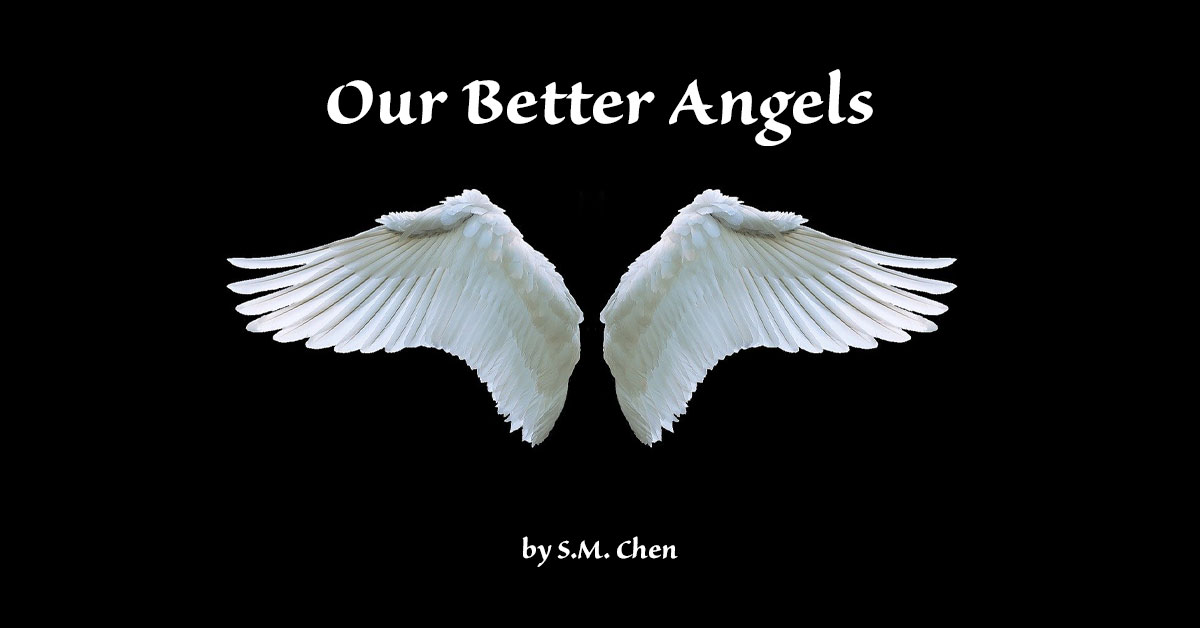 “No one is useless in this world who lightens the burdens of another.”
—Charles Dickens (1812-1870), British writer and social critic

Darkness had fallen by the time I left the place where I routinely fill my car with petrol and headed home after a long work week in another county of the state. At a stoplight where I made a right-hand turn, just as I made the turn, I noticed a middle-aged woman in baggy clothes entering the crosswalk from the other side of the street. She was carrying shopping bags in each hand as she climbed the incline.

As I accelerated, I thought perhaps I should have waited, but the crosswalk was long and the road wide. There was virtually no risk of hitting her. This I would have explained to the law enforcement officer had there been one to stop me.

She receded into the distance, this facilitated by nightfall.

I mulled, then decided to turn around. Better to offer her a ride than not. It was not so easy to do. I had to drive some distance and, after entering a left-turn lane, I made a quick U-turn. I made another U-turn at the intersection where I had first seen her.

By this time she had crossed the two-way street, was on the sidewalk and making her way slowly up the incline. I’ve driven that incline countless times. It’s steeper than it appears. I imagined she walked with effort.

I pulled over, near the curb, and rolled down the passenger-side window. “Would you like a ride?” I asked. “Are you going my way?” “Well, I don’t know where you live…”

I may have said the wrong thing. I meant to say, “I’ll take you where you want to go.”

This reminds me of a New Yorker cartoon of two bums sitting on a park bench. One is saying to the other, “I meant to say, ‘Please pass the salt.’ Instead, what came out was, ‘You know, you really ruined my life.’”

She suddenly backed off, saying, “My father warned me… I’m sorry.” I rolled up the window and drove off.

But perhaps, in this day and age, I shouldn’t have. Her reaction was predictable and perhaps I should have anticipated it.

She didn’t know me. My car was unfamiliar, as was my face. Perhaps, in the darkness, she didn’t know if there were other persons lurking in the car. To have accepted my offer would have been putting herself at needless risk. She was someone’s daughter. I wouldn’t advise my own adult daughter to accept a ride from a stranger, particularly at night. Bad things can (and do) happen. We learn about them in the newspaper and on the TV evening news. They are often preventable.

As I headed home, another thought occurred to me: What if she’d accepted my offer, but, sitting in the back seat or next to me, she pulled out a handgun and ordered me to stop, preparatory to a carjacking? This scenario, while unlikely, was within the realm of possibility. Again, such things happen.

So I, too, was taking a risk in offering a ride to a total stranger. Her gender was immaterial, and the darkness I briefly contemplated is no respecter of gender.

No, maybe it was better the encounter ended as it did.

But how sad, I thought, that we must live this way, one proverbial (and sometimes literal) eye on the rear-view mirror.

There is a saying: “Caveat emptor.” Buyer, beware.

It seems sometimes no good deed (or attempted good deed) goes unpunished. Perhaps the woman was thankful she escaped a possibly inimical encounter with someone with bad intentions. And I was contemplating being thankful that I did not subject myself to needless risk from a strange passenger. Neither of us knew the other. Perhaps we were not who we seemed to be.

Whether you believe the recount of the Garden of Eden is factual or the figment of someone’s imagination, I think two things are clear:

Decades ago my eldest brother and a friend used to hitchhike to various places. It was more acceptable at that time and seemed relatively safe.

They both lived long lives. My brother is still alive.

Of course, it wasn’t entirely safe. Years ago, a young woman who used to live in our town disappeared while hitchhiking in Western Europe. She presumably met with foul play. Her body was never found.

The small East Coast town I grew up in, decades ago, was a place people often didn’t lock their house or car. It would be foolhardy to live like that where I now live, although I sometimes read about rural places where people still feel safe without locks. So perhaps I was foolish in even offering a ride to someone I didn’t know.

We encounter others all the time. Some are in need.

There are three options: we can help them, we can ignore them, or we can harm them.

A second option is what Daniel Patrick Moynihan once termed “benign neglect” (in 1969, when Moynihan served as urban affairs advisor during the Nixon administration).

But is it really benign? Some may argue that to ignore another’s need when we are in a position to alleviate that need is not necessarily benign. I understand their thinking.

The third option is to, rather than rescue a drowning person, push his/her head underwater so that he/she does not come up the third time and bother us. After all, they should not be in deep water if they don’t know how to swim.

This may seem unthinkable to some, but does this not occur in some form? Rather than giving to someone with outstretched hand, is not berating the person holding that hand rather like keeping their head underwater?

Harsh words, perhaps, but it’s often a harsh world. We’re born, we live, we die. In between we can make a difference. Matthew 25 of Holy Writ tells us so.

In retrospect (“the unexamined life is not worth living” – Socrates), I ponder, would it have been better not turning my car around and offering the laden woman a ride?

For me, the answer is no. I think I did the right thing, despite the way it turned out. Someday, somewhere, it may once again be safe. In a place where there is no misrepresentation or bad intention.

Meanwhile, may our better angels guide us and give us wisdom.