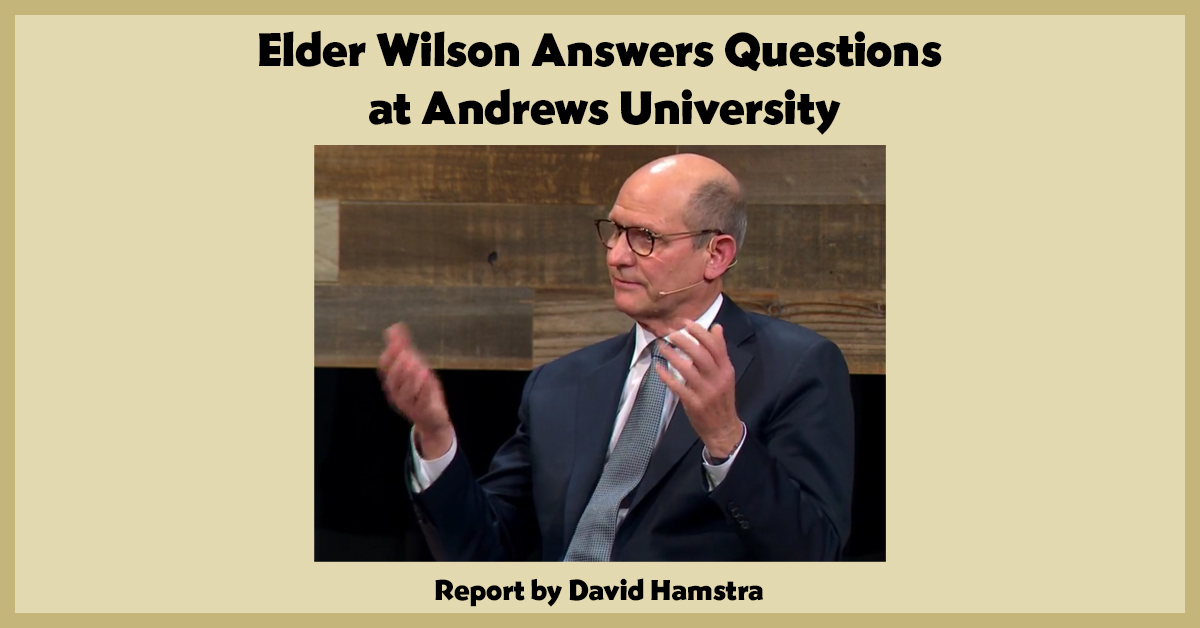 On Sabbath afternoon, March 2, roughly 300 people gathered at Pioneer Memorial Church (PMC) on the campus of Andrews University for an event billed as an hour and twenty-minute General Conference (GC) presentation on mission and church unity followed by a forty-minute question and answer period with GC president, Ted N. C. Wilson. In dialogue with Wilson was Andrews University president, Andrea Luxton. The presubmitted questions were prepared by Dr. Luxton’s assistant for public affairs, Stephen Payne.

Many of the opening presentations revolved around the theme of “total member involvement.” A video presentation from Siberia featured a string of reports from over a dozen church members, many of them young people, involved in mission, education, and evangelism. Hosted by former GC vice president Mike Ryan, the video had the appearance of a livestreamed stage production.

Following a word of thanks from GC Biblical Research Institute director, Artur Stele, to Andrews University for supplying professors for a series of Bible conferences, Elder Wilson reported on a leadership summit focused on health that he organized for the church’s division officers, spouses, and health ministry leaders. Then Gina Wahlen, Elder Wilson’s editor, interviewed Tara Vang, who works for Life Hope Centers, an Adventist ministry providing health care in California. Ms. Vang related how God called her out of being an advocate for political issues in Washington, DC, to being an advocate for him within her Hmong community.

Finally, GC associate Sabbath School director, James Howard, asked what TMI stands for. In an appeal for young people to involve themselves in ministry, he suggested that they could change the connotation of that expression in same the way that young people have with “bad,” “nasty,” “the bomb,” and “sick.” Pastor Howard asserted that the academy and university experience is disconnecting young Adventists from local churches. He recommended that they can instead have an impact by first making a sacrificial effort to attend church and then becoming involved in their church’s cycle of evangelism.

Dr. Luxton’s interview with Elder Wilson lasted over an hour. During the second question, a silent protest began as about 20–30 individuals queued up behind a cordless microphone on a stand at the front of the center aisle of PMC. The protesters were almost all people of color. Most were wearing black and other dark colors.

Neither Dr. Luxton nor Elder Wilson broke the flow of the interview as the protest formed, and the protesters stood silently in place for the remainder of the program. Three individuals later joined the protest, who did not appear to have initially been a part of it.

During the interview Elder Wilson touched on several familiar themes. He highlighted the relevancy of the three angels’ messages, not as scary stuff, but as the message of righteousness by faith. He foregrounded the rightful place for women in the ministry of the church, while also emphasizing the need for compliance with church decisions, specifically with reserving ordination for men. And he concluded many of his answers to particularly contentious questions by reaffirming his belief in the soon second coming, before which he anticipates a special intervention of God will bring about a spiritual renewal and resolve our present disagreements.

In his responses to questions about a number of social issues, Elder Wilson attempted to chart a middle course for the church that conceded validity to both sides of a dialectic between being in the world but not of the world, between social justice and the gospel, between service to all humanity and upholding biblical standards. But his burden was to show how the latter transcends the former, so that a church member, while they may be embarrassed by the church’s response to an issue of social concern, can still support the church because of the eternal truths it proclaims.

Elder Wilson also indicated new emphases in his approach to two hot-button issues. With an extended anecdote about a recent meeting with North American Division (NAD) officers that resulted in a “sweet spirit,” he signaled that he will be pursuing detente with that division over compliance issues. And, in the course of answering a question about discrimination, he went out of his way to elevate the sanctity of life on the issue of abortion and urge Adventists to proclaim and practice a more solidly pro-life position.

Elder Wilson had two major preoccupations in his presentations and responses. One was his enthusiasm for the Adventism practiced in places like South America, musing that he wished he could take us all there to see it. The other was the corrosive effect of the internet and social media for church unity, creating an environment in which disinformation and dissatisfaction about church leaders can propagate.

Pointed comments on that last theme may have been Elder Wilson’s only response to the protesters assembled before him. In her closing comments, Dr. Luxton acknowledged the protest, interpreting it not as a mark of disrespect to Elder Wilson, but as a statement of the importance of their voice to the church. She advised that disagreement is a sign that people care, so we should not let it separate us.

In conversations following the event, a student who took part in the protest stated that during the debriefing with the other protesters they noted how well Dr. Luxton had captured the essence of their intended message during her closing comments. The intent was not to protest of Elder Wilson, but of the format of the Q&A, which did not allow for questions from the floor.

However, that intended message was unclear to those in the back who couldn’t see the microphone and to those who wondered whether the microphone had been there in the first place. Some students expressed disappointment with the apparent disrespect shown to Elder Wilson. Other students who are generally sympathetic to Elder Wilson privately volunteered that they were disappointed that Elder Wilson did not meet with the protesters immediately following the conclusion of the meeting.

Of the handful of times I have been in the same room with Elder Wilson, this interview was the most candidly I have seen him expressing himself in a public setting. He shared anecdotes about how Adventism is personally meaningful to him, and his range of emotional expression was more varied than usual. Others agreed with that assessment. I do not know how he prepared for the interview, but it appeared he wanted to let his guard down somewhat, perhaps in an attempt to authentically connect with a younger audience.

Yet, to the attendees seated near me, his presentation and responses still came across as “propaganda.” The messaging from the GC was entirely about casting a vision for an Adventism that comes from GYC, the Michigan Conference, and selected sectors of global Adventism where that vision has grassroots buy-in. And those are expressions of Adventism that young people in the NAD should not dismiss. But the GC representatives gave no indication that they cared to learn what vision for Adventism students on NAD college campuses, at least those who care enough about their church enough to listen to its president answer prescreened questions, have to offer their world church.

Accordingly, many of Elder Wilson’s answers were in the form of a Yes, but …, and the emotion he expressed most memorably was frustration. But perhaps if the GC does this kind of event regularly and with the intent to improve on the town-hall style, their representatives will get better at entering into genuine, two-way dialogue. If Elder Wilson’s view of the end times is correct, and I believe in broad strokes it is, such a softening of hearts can be expected.

The livestream of the event can be viewed here. 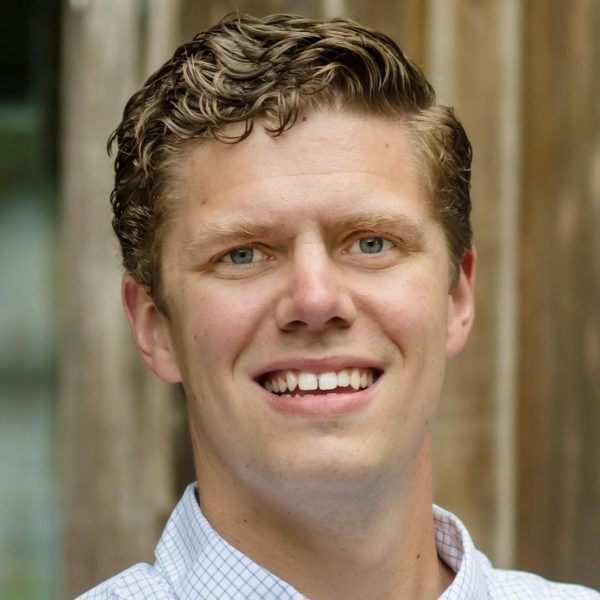 David Hamstra is a ThD student (theological and historical studies) at Andrews University. He previously served as a pastor to Seventh-day Adventist churches in northern Alberta, Canada. David is married to Heidi, and God has blessed them with three sons and a daughter.