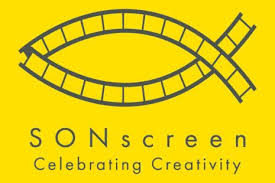 April 17, 2017:      The annual SonScreen Film Festival, sponsored by the Adventist denomination’s North American Division, took place April 6 through 8 at Loma Linda University in Southern California. The event drew about 125 participants and observers, including many college and teen filmmakers who submitted entries for the awards.

Mechanic is a producer of the 2016 film “Hacksaw Ridge” and former chair and CEO of 21st Century Fox. He spoke about his career as a Hollywood filmmaker and discussed his 15-year journey to creating “Hacksaw Ridge.” He and actor/director Mel Gibson arranged to take the story of World War II hero Desmond Doss to the screen and create a film that took one Academy Award and was nominated in several categories, including Best Picture and Best Actor. He urged his listeners to pursue their goals doggedly, in the face of rejection and difficulties.

The festival’s second day opened with the announcement of a new contest. Kayla Ewert, representing the General Conference office of Adventist Mission, said her department’s Mission Spotlight producers will accept creative short film entries from artists 18 years of age and older, through August 31. First prize will be an all-expense-paid two-week trip with Mission Spotlight’s producers to a nation (to be determined), and work on the production team. Second and third prizes will be high-tech camera equipment, and the top 20 entries will receive honorable mentions.

Terry Benedict (see left), another producer of “Hacksaw Ridge,” presented a short promotional film he made for the Holbrook, Arizona, Indian School. Instead of making a simple, glossy development piece, designed to persuade donors to open their wallets, Benedict and his crew spent many weeks at the rural Indian school, getting to know the students, faculty and administrators, so he could tell a compelling story.

He struck gold while filming Jovana Poor Bear-Adams, the school’s development director. She began her session talking about how needy many of the school’s students are, both financially and emotionally. The conversation veered into the difficult family situations many of the students face at home, and how they find the structure and love of the school to be a godsend.

She then told of her own experience, coming to the school years ago as a student. She spoke bravely of her experience of molestation at home, and the terror and sadness it instilled in her. At that point, she was overcome with emotion, and tears began to well up in her eyes. She was still, in front of the camera, for perhaps more than a minute (an eternity in movie time), while she moved her eyes back and forth, struggling to go own. The filmmakers let the camera roll, waiting.

Finally Jovana went on, tears streaming down her face, equating her experience of hope and salvation at the school with that of the students she sees there today. It was a powerful piece of filmmaking. When the piece moved on to an interview of a current student who also told about her appreciation for the faculty and fellow students, the point was made by analogy and with dignity.

Jovana and the crew sat on a panel discussion after the short film, and she received a standing ovation. Benedict urged novice filmmakers to “let the subjects tell their story,” and don’t get in the way of it when filming and editing. It was a powerful lesson for those in attendance.

Other presenters included Kendall Ekvall, director of Come Before Winter, a new docudrama about the last days of Dietrich Bonhoeffer through the eyes of the British ”Black Propaganda” radio broadcast team. He is a graduate of Southern Adventist University, and won several SonScreen awards while a student.

The final major presenter was Debora Galloway, head of Grassroots Marketing, who oversaw marketing for Hacksaw Ridge, which so far has grossed more than $175 million. She mentors women filmmakers in the Christian community.

Winners of this year’s “Sonny” awards …..

The Other Side (Winner: Summer Medina, La Sierra University)