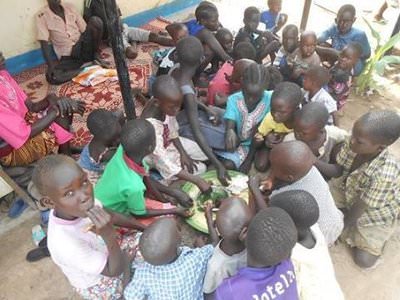 Updated July 14: From ADRA/ANN, July 13, 2016:   A few days ago some 1,500 internally displaced persons (IDPs) had taken refuge on the Seventh-day Adventist Church/ADRA compound in South Sudan’s capital of Juba as renewed violence erupted in the city last week. By July 14 the number had grown to 3,000 and families fleeing for their lives continue to arrive.

Most of the IDPs are women, children, and elderly from the surrounding community. The church building, school classrooms, and even covered verandas are full to capacity, and heavy rains have added further concerns, but continued violence means a likely increase in the number of people seeking safety.

ADRA’s immediate plans focus on emergency food, shelter, water, sanitation, and hygiene (WASH) solutions, and other critical needs for the IDPs on the compound.

South Sudan marked the 5th anniversary of its independence on Saturday, but the young country has been plagued by much violence in its short existence. There is also a widespread food shortage this year, with some areas of South Sudan reportedly on the edge of famine.