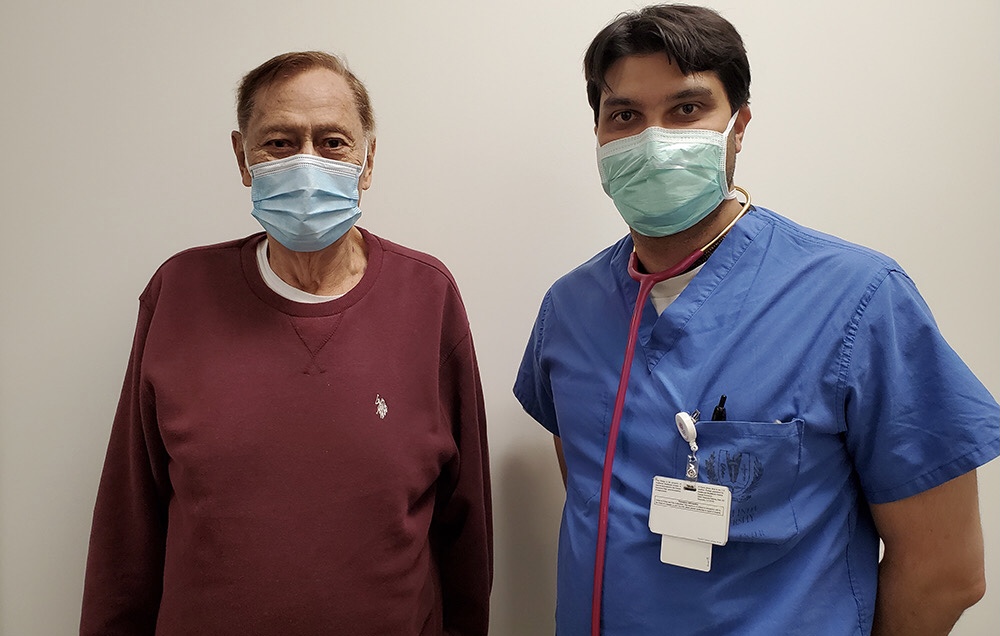 From Loma Linda University Health – 23 May 2021 | Physicians at Loma Linda University Medical Center – Murrieta have completed 100 left atrial appendage closures with the use of a device called the Watchman to treat patients with a heart condition called atrial fibrillation. LLUMC – Murrieta is the first and only center to reach this milestone in the southwest Riverside County community in record time.

“This milestone speaks to what our talented care team has managed to accomplish in a short period of time,” says Niraj V. Parekh, MD, interventional cardiologist and director of structural heart interventions and the transcatheter valve program at LLUMC – Murrieta.

Since the first procedure performed at Murrieta in February 2020, Parekh and his colleagues have witnessed firsthand how the therapy benefits patients struggling with AFib. The demand for treatment is ever-present, with over 6 million people in the U.S. currently living with AFib.

Parekh says the minimally invasive procedure offers patients a solution by reducing their risk of stroke without needing to take a blood thinner. To achieve this, physicians insert the FDA-approved Watchman device through a catheter in the patient’s upper leg and guide it into the heart. Once placed in the left atrial appendage, the device expands to close off the appendage and reduce the risk of stroke.

Parekh and his colleagues determined Corral would need both a transcatheter mitral valve repair (TMVr) procedure to correct the direction of blood flow in his heart, followed by an atrial appendage closure to correct his AFib. The care team would need to proceed with caution, however, as Corral was in fragile condition.

Corral successfully received his first TMVr as a bridge to stabilize him for an additional two TMVrs that he would receive once his condition improved, but in a months-long interim he suffered from GI bleeding, anemia, and COVID-19. Corral could no longer tolerate his blood thinners and proceeded to the atrial appendage closure procedure.

Speaking to the complexity of the case, Parekh said, “We did not give up because we knew how much Mr. Corral needed this to get back to a good quality of life. It’s more than just a device in the heart; it’s also freedom from future GI bleeding, anemia, and other conditions secondary to being on blood thinners.”

Corral says he feels his energy levels, mobility, strength, and overall well-being restored just weeks post-procedure. He now enjoys the peaceful life of a retiree, he says, recovering at home in the company of his wife, son, and grandsons.

“The program was able to help Mr. Corral on multiple levels through different procedures,” Parekh says. “Our expertise allows us to take on higher risk patients like Mr. Corral and overcome potential challenges with our experience.”

Thankfully, Parekh says Watchman sets a new standard of care for people with AFib — one that the LLUMC – Murrieta care team is committed to providing for future patients. Parekh says the structural heart program plans to increase the volume for this procedure by roughly double in the next year.

“Now that our team has hit this milestone, we will be able to take on even more challenging cases and continue to deliver high-quality care for patients with AFib,” Parekh says. “The structural program at Murrieta is continuing to grow in all directions, and this milestone is a testament to the future of the program and its continued success.”