“Would I Lie to You?”: The Limits of Truth-telling

The title of this essay is borrowed from a British comedy TV panel show. The show begins with two teams of three members each. A member of team one shares some bizarre personal incident, and the members of team two interrogate her in an effort to establish its validity or falsity.

Lies are told in a way so as to be purposefully deceptive and cunning. For example, a member of one team claimed that he and a mate were locked in his immobilized vehicle in a functioning but stationary car-wash machine for three hours. It proved difficult for team two to know whether what he described was true or a lie. (This story turned out to be true—and it left his car with very clean windows.)

The usual dictionary definition of a lie is “deliberately saying something that is untrue.” To the minds of some this definition includes such imaginative narratives as C. S. Lewis’ Narnia series or J. K Rowling’s Harry Potter series—indeed, all fiction is excluded, thus denying to us some of the world’s most profound expressions of truth.

Why do people lie?

Lies are endemic in our culture, commerce, governments—and even church.

People lie because it helps them to prosper or to gain an advantage. Lies also help one to avoid undesirable consequences. People tell whoppers in court to escape conviction, for example. Legislative representatives lie to gain political advantage or to escape responsibility.

And even the best of us can be less than fully candid about the real condition of the car we have for sale.

The Bible seems quite clear regarding God’s attitude to lying: “You shall not deal falsely; and you shall not lie to one another. And you shall not swear falsely by my name, profaning the name of your God” (Lev. 19:11, italics added). Paul reflects this verse when he urges the recipients of his letters not to lie to one another (Col. 3:9; Eph. 4:25). The depth of God’s condemnation of lying is revealed most profoundly in the ninth commandment: “You shall not bear false witness against your neighbor” (Exod 20:16; Deut 5:20), which is repeated several times in the New Testament (Matt. 15:19; 19:18; Mark 10:19; Luke 18:20; Eph. 4:25).

The Proverbist put it simply: “A faithful witness does not lie, but a false witness breathes out lies” (Prov. 14:5). The cosmic contrast reinforces this distinction. Satan cannot tell the truth, “for there is no truth in him. When he lies, he speaks his native language, for he is a liar and the father of lies” (John 8:44). God, on the other hand, never lies: “…in the hope of eternal life that God, who never lies, promised before the ages began” (Titus 1:2); in fact, “it is impossible for God to lie” (Heb. 6:18 NIV).

God is pure light and in him there is no darkness at all (1 John 1:5. See also Jas. 1:17), and that is the alternative with which we all are confronted: whether we live in the light or in the darkness; by the truth or by a lie. “If we say that we have fellowship with him while we are walking in darkness, we lie and do not do what is true” (1 John 1:6).

Is it that straightforward? Often, yes. But not all situations are without complications. Paul admonishes the Ephesians to be mature and no longer to be fooled “by people’s trickery, by their craftiness in deceitful scheming [scammers]; but speaking the truth in love, we must grow up in every way into him who is the head, into Christ” (Eph 4:14–15, italics added).

So even speaking the truth requires the controlling power of love. Perhaps you’ve heard someone say something cruel and then say, “But I’m just telling the truth!” Telling the “truth” about someone’s past error can be vicious in motive, and quite loveless.

Yet exposing someone’s true faults, either privately or publicly, can be motivated by jealousy rather than by love. An older pastor once shared with me his test for when to speak and when to be silent: one must ask one’s self whether it is true, whether it is necessary, and whether it is kind (Eph. 4:32; Col. 3:12–13).

Are lies always and under all circumstances wrong, or can they too be spoken with Christ’s love? Think about these following dilemmas.

A drunken and abusive husband confronts his brother-in-law, demanding that he tell him the whereabouts of his wife, that is, the other’s sister. The latter knows where she is hiding and he knows that her husband, if he confronts her, will severely beat her or even kill her. Should he reveal her location, remain silent, or even lie?

A terminally ill mother requests her son to promise that when she dies he will place all her monetary wealth with her in the coffin. He gives her his word, since he knew that if he refused, she’d get another relative to carry out her wishes. After her death, not a cent went into the coffin with her; instead, her son distributed her wealth to the poor. Did he do wrong?

An untruth whose intention is to benefit the liar is by nature self-centered. It manifests no concern for the victims of their lies and no care for their future after their successful fraud has left them bereft. Liars of this sort show no remorse for the targets of their deceptions. If a liar seeks forgiveness, the onus will be on the other and not on himself. Pity can be simply an element of deception. An ill-gotten gain is still gotten.

However, not all lies are simply the tool of the self-centered thief. Consider this story from a famous Christian family that protected Jews in their Amsterdam home during the Nazi occupation, as told in the film Return to the Hiding Place.

The German soldiers had just visited Casper ten Boom’s watchmaker’s shop. After they were gone and the family gathered in a single upstairs room, Betsie announced to the group that she was glad she had not been in the shop when they called: her concern was that she had no idea what she would say to their questions, because she would not tell a lie.

Eusi (the nickname for Cantor Meyer Mossel, one of those the family was hiding) jumped to his feet and emotionally asked, “Do you mean that if you had been in the shop, you would have betrayed your Jews ‘to save your mouth from being soiled by a lie?’”

In her defense Betsie reminded Eusi of the ninth commandment. Eusi in turn brought her attention to the fact that they were referring to human life. He said he would lie (9th commandment), steal (8th commandment), and kill (6th commandment) to save the lives of those Amsterdam Jews, some of whom in abject fear died by suicide rather than relive the horror of returning to Nazi Germany and its camps.

Eusi asked Betsie three Biblical questions that have to do with lying.

“Beware of your selective morality; it has dangerous consequences,” Eusi warned. The ten Booms admitted that they had forged documents, stolen ration cards and a shortwave radio, all carefully hidden, though strictly against the law—the possession of which was, in effect, lying. “How do you rationalize those lies?” Eusi demanded. “All I’m asking you is that whatever you do, just apply those rationalizations to save the lives of us Yids. I must have your answer now.”

Opa (Casper ten Boom) responded to Eusi’s passionate plea: “Today we vow to be Rahab and the midwives. Whatever befalls you, may it also befall us as well.” Having said this, he turned up the collar of his coat to reveal a yellow Star of David stitched into the back of it. Eusi queried incredulously, “You wear that symbol?” Opa nodded affirmatively at which Eusi, shocked by Opa’s compassion and courage, collapsed into his chair and buried his face into his folded arms and wept in gratitude.

Casper ten Boom was eventually taken to a Nazi prison, where he died after ten days.

It was father ten Boom who assessed the true situation correctly rather than Betsie, and it was he who demonstrated the love of God and of the neighbor by urging his household to tell “a beautiful lie” and become a safe house in the midst of the most perilous and dark of times.

For Jesus and for Paul the two commandments that directed all the other commandments were the total love of God and the unreserved love of the other as though the other were your own person (Matt. 22:37; Mark 12:29–31; Luke 10:27–37; Rom 13:8–10). While they don’t justify wholesale lies, these major commandments show the simple prohibition of the 9th commandment in quite a different light. 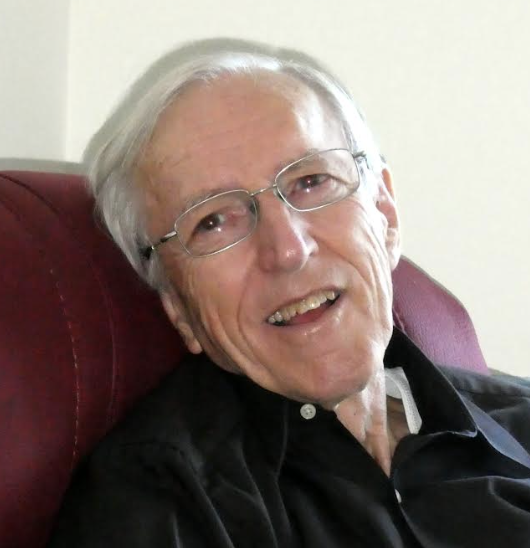 “AT Gives Adventists With Questions a Voice” – AT Director of Operations, Annet Johnston “Mini-Chef” Course Teaches Brazilian Kids About Nutrition