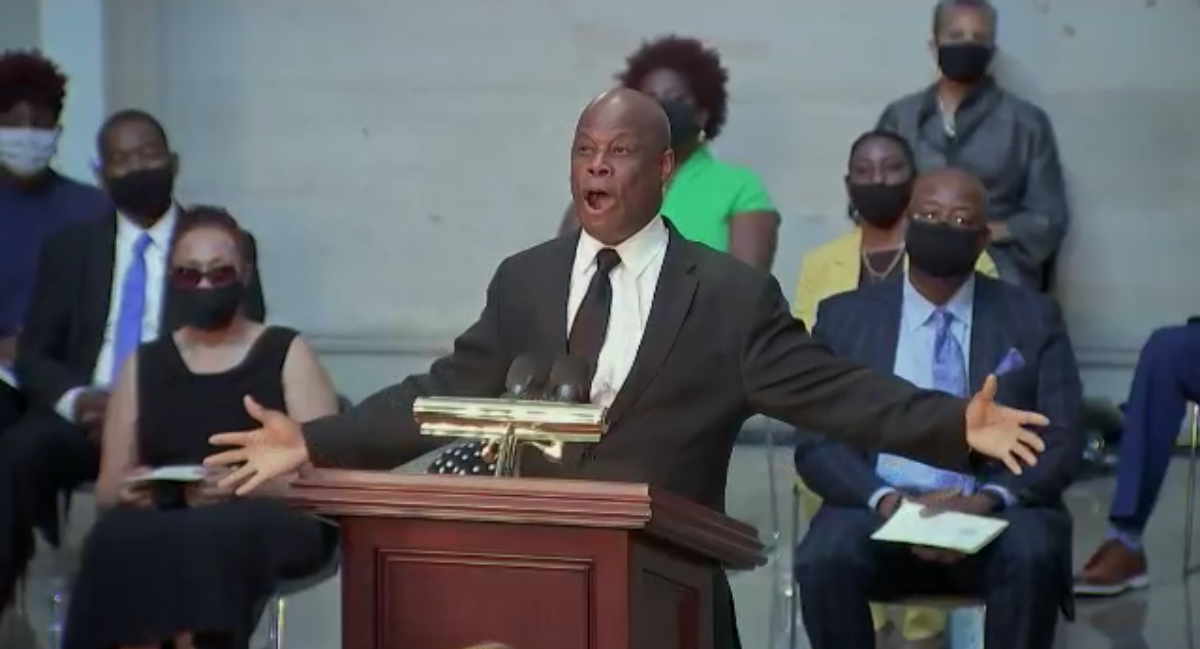 28 July 2020 | Renowned vocal artist and ordained Adventist minister Wintley Phipps moved many present to tears with an emotional performance of “Amazing Grace” yesterday as Rep. John Lewis was lying in state at the U.S. Capitol. He also sang the hymn “It Is Well with My Soul.”

Lewis passed away from stage 4 pancreatic cancer on July 17. He was the first Black lawmaker to lie in state in the Capitol Rotunda.

“Under the dome of the U.S. Capitol, we have bid farewell to some of the greatest Americans in our history,” House Speaker Nancy Pelosi said during the service, according to Today.com. “It is fitting that John Lewis join this pantheon of patriots resting upon the same catafalque as President Abraham Lincoln.

“John Lewis became a titan of the civil rights movement and then the conscience of the Congress. John was revered and beloved on both sides of the aisle and on both sides of the Capitol. We knew that he always worked with the side of the angels, and now we know he is with them,” added Pelosi.

Senate Majority Leader Mitch McConnell spoke at the service saying, “Even though the world around him gave him every cause for bitterness, he stubbornly treated everyone with respect and love.”

President Donald Trump, a critic of Lewis, did not attend the ceremony at the Capitol.

Grammy-nominated Wintley Phipps has performed for several American presidents, as well as at two Democratic conventions and at the Vatican over the course of his long career. He is a graduate of Oakwood University and the Seventh-day Adventist Seminary at Andrews University.