From the Wilderness of Africa to Adventism, by Way of the Internet, Part 2 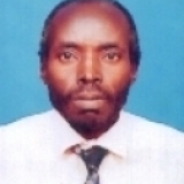 Simon Kahoko Mureu, Dec 3, 2014    One morning in August, 2012, while I was undertaking a research in the Internet, I came to an advertisement. It read: “Want to take Bible studies? IT IS WRITTEN MINISTRY IS HERE TO HELP YOU.” I decided to visit this ministry website, and signed up for the Bible lessons. I enrolled and did lesson one in the Bible Guide studies.

After two days the results were sent to me. I had performed well. I decided to continue with lesson two. I thought it would be better to increase my biblical understanding. Hardly did I know this lesson would be my turning point from Protestant to Adventist.

In the next days I did my lessons slowly and surely, by means of e-mail. The lessons turned to be interesting. I would get in touch with my Bible teacher if need be. This great man of God who had been in Africa in the 1950’s would answer all my questions pleasantly.

In time, I completed all the twenty-six lessons. By now I understood that the Bible program was from the Seventh-day Adventists. When I completed my course my teacher stated that a certificate would be sent to me from the Voice of Prophecy. He sent my diploma through e-mail.

I was very happy and decided to undertake different Bible guides from the Voice of Prophecy. I visited their website and found what they offered. “Focus on prophecy” became very interesting. I did not have money and I had to sell my shares so as to pay. I undertook the 26 lessons in the Focus on Prophecy and the Light of the World, a gospel program. Although these programs are offered free of charge, my online studies cost me because I had to travel more than six kilometers to where internet services were provided, besides having to pay for the services.

By the time I had completed my studies from the Voice of Prophecy related schools, I had started wondering whether to start my own preaching ministry. By now I had stopped writing for some time.

I had started doing Bible guides in the month of August in the year 2011 and completed them on 24 December in the same year. The books of Daniel and Revelation became my favorites. Our family became bereaved and my uncle visited us. He would preach on the dragon and the new earth during the evening but I did not disclose to him about my biblical Studies.

After the New Year 2012, I came to another different ministry which offered discipleship and ministry towards ordination. I enrolled with it, and undertook their studies during the next six months or so.

After receiving my credentials for ministerial duties, I thought I needed more biblical learning. I enrolled with Amazing Facts for their Bible study guides. By now I had started feeling unsettled in the church where I was a member.

Later on I enrolled for a biblical Bible Study program, a long series which is offered online by International Bible Training Ministries. I managed to complete the program up to advanced level 3.

I wish to make it clear that after the month of May 2013, I started to honor the Sabbath day as in Exodus 20:8-11. I continued with my thought of coming up with a preaching ministry.

In the month of September 2012 while I was in prayer, a vision appeared to me. I found myself in a class teaching Bible to a group of both men and women. Then I heard a voice telling me: “You will serve me in a wider ministry.”

I then stood up, unbolted the door and in great fear, I moved outside. After thinking for a while, it came to me that it was God who had spoken to me. One week later while still in prayer, the every same voice spoke.

I was getting more restless in the Protestant church. I continued with my Sabbath day secretly. I surrendered to God to do His will and direct me. Before the end of November, the Spirit of God prevailed upon me. It directed me to a Seventh-day Adventist church which is very far from home.

I prayed about this for three days. On the fourth day, Saturday, early in the morning, I took my Bible and traveled to the Adventist church as God had directed me. After the Sabbath school, I introduced myself to a church elder who in turn introduced me to the pastor in charge.

In the middle of the service, the pastor introduced me to the faithful as a God-sent guest. In amazement, they all stood up and welcomed me to be one of them.

The pastor asked me to narrate my story. I did it and thereafter, everybody believed that God is preparing me for a big ministry. This is also my uncle’s understanding since I have met with him.

Many of my friends in my former church have since deserted me. Even the then-pastor refused to answer my greetings. I think they are taking me as another among many lunatics, but the Bible tells us that “you shall learn the truth and the truth shall set you free.” I am thankful to Jesus for the gift I cherish, the gift of salvation.

Since the church has allowed me to train for the chaplaincy, I am endorsed and happily visiting prisons, hospitals and children’s homes. This is a very wonderful ministry to serve in.

This story brings the scripture to light when the great teacher taught in the book of Ecclesiastes 9:10: “Whatever you do, do it with your might for in the grave where you are going, there is neither work nor planning nor knowledge nor wisdom” NIV.

I am surrendered to the will of God and through the guidance of the Holy I embark in the way He would wish me to follow, whether through the ministry of internet or otherwise.

Many young members of my church, though still very amazed, have agreed to embrace the changes in modern technology. The journey in the wilderness which my uncle started by becoming the first student in Discover Bible course in 1954 is still very healthy after all these years.

In his own words, “I’m at home. I belong here.” At 93 years old, he dreams of a day when Discover Bible Guides would produce scholars here in Africa. As thing are, the journey in the wilderness of Africa ought to be long although internet is doing wonders. Very soon we will be known because of our services to the Lord and not only because of our wild animals. I and other faithful are standing on a strong rock. The long journey continues.