Why Were We Silent? 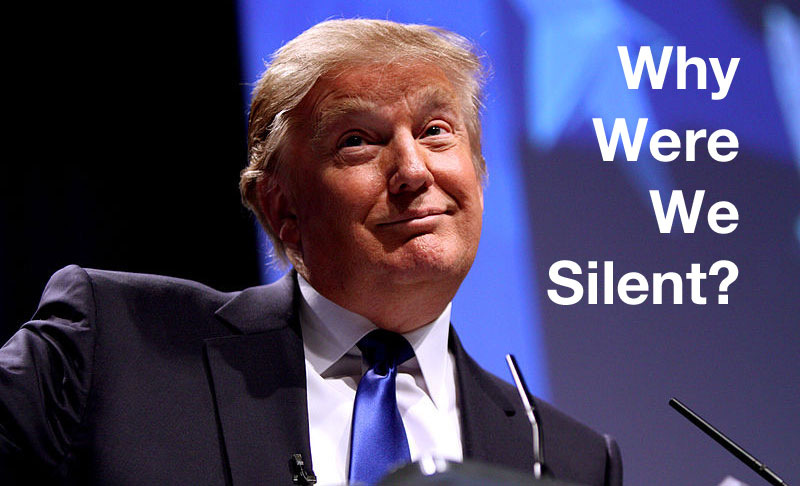 I have thought about this over the past week, as others—half the nation, it seems like—are shouting the same question. Why do women who are sexually harassed and abused remain silent?

We stayed silent because our aggressors held some power over us. They were our bosses, physicians, pastors, parents, teachers—men who had some power to fire us, could possibly ruin a career forever, embarrass us, discredit us, alienate us from friends and family.

We stayed silent because we had been raised to be nice, “ladylike”, to not make a fuss, to respect authority—which served the power differential between us and our aggressors.

We stayed silent because we were young and had not developed a voice. We may have been taught a few ways to deal with schoolyard bullies, but rarely how to deal with aggressors, predators and abusers.

We stayed silent and found other ways to cope. We rationalized: it was just one kiss on the lips, one ass-grab, one titty-pinch. We avoided and evaded our aggressors. We told no one, or at most one trusted friend whom we enlisted to help us cope. And (having absorbed some of that societal messaging that we are sluts, asked for it, actually enjoyed it, mean yes when we say no) we questioned ourselves and our sanity

But many of us do finally speak up.

We speak up when enough time has passed that some of the raw emotion has dissipated, when we have matured, found a voice, and have the skills and life experience to distill the abuse down to timely, devastating truth-telling.

We speak up when others, too, become victims of our aggressor. That same acculturation that taught us to be nice and ladylike also taught us to speak up for others who can’t speak for themselves: to fight for the underdog, the victim.

We speak up when our aggressor egregiously, sometimes publicly, displays more aggressive, predatory and abusive behaviors.

How long has there been public and egregious displays of Donald Trump’s aggressive and abusive behavior, as in the leaked Access Hollywood tape and the debate denial of inappropriate behavior? It seems to me that accusers now coming forward has less to do with the campaign than with recent revelations of Donald’s behavior. If it was campaign related, the best time to reveal him would have been when Hillary’s polling was at its lowest. But it really isn’t about the election. It’s happening now because Donald has revealed his character, with his own words and actions, over years and decades and now, finally, he’s being called to account in a very big and public way.

Years ago I attended a personal and professional workshop whose tagline was “What are you pretending not to know?” 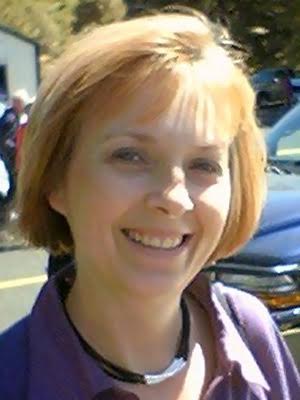 Carolyn Nelson, RN, is a Clinical Consultant for BD Medical. She has been married nearly 43 years, is a mother of two adult sons and a grandmother of two grandchildren. She has worked as nurse for over 40 years with a background labor and delivery, wholistic medicine and infusion.