Why I Stay in the Church 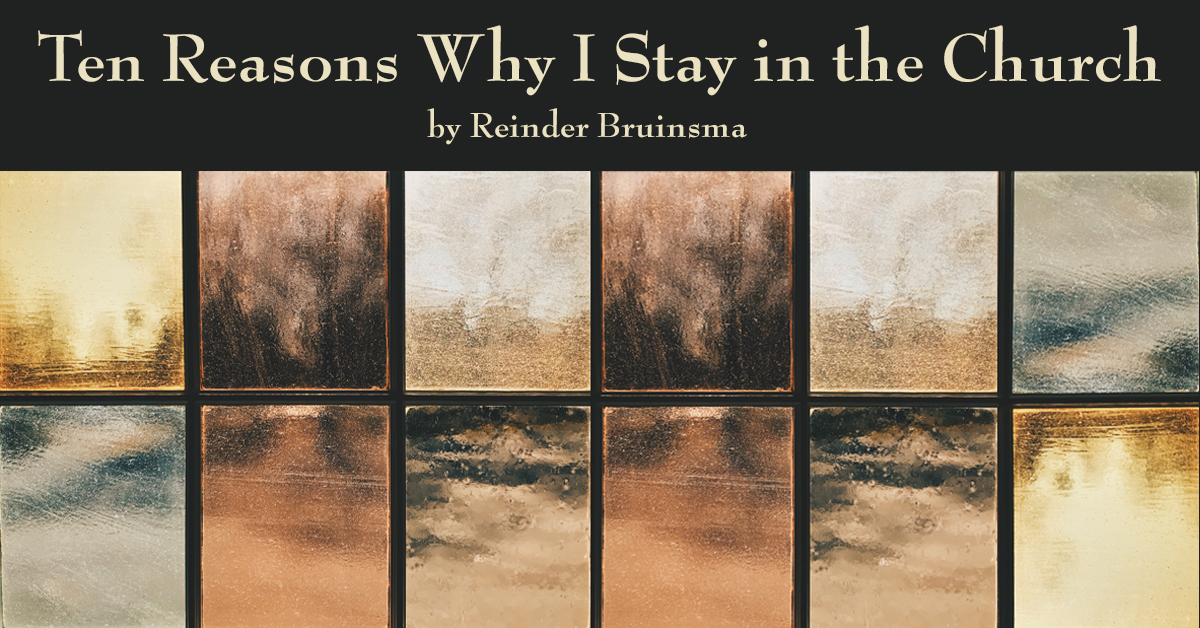 To be honest, I am at times rather frustrated with my church. Sometimes I feel the church is out of tune with the times and with the world in which we live. I get upset by the church’s bureaucratic procedures and by what I perceive as regrettable failures to deal decisively with important issues. I wish my church could finally accept the ordination of female pastors and deal with several other hot potatoes. And I often wonder why our leaders allow the fundamentalist fringe of the church to set so much of its agenda. And yes, I need a double or even triple portion of grace to interact with some people in the church.

But, in spite of these and other things, I am determined to stay with my church. It has been part of my life from my earliest childhood. The church has given structure to my life. Most (probably too much) of my social life is in the church. The church has been a good employer for me. I have had interesting and challenging assignments on several continents and have, in the process, visited some eighty countries. I have not become rich, but the church has provided me with a reasonable income and has, usually, been quite fair to me.

I realize, however, that these factors cannot be decisive when I ask myself the question: Do I want to stay in the Seventh-day Adventist Church? So many leave the church or are not sure whether they want to stay. What about me? A few years ago I wrote a book about this topic: Facing Doubt: A Book for Adventist Believers ‘on the Margins’. It was translated into six different languages and caused much discussion. The flood of reactions confirmed my suspicion that many struggle with the question whether they want to remain a church member. Let me share with you ten conclusions I have arrived at as I have pondered this matter—ten reasons why I want to stay in the church.

These are, briefly, ten reasons why I want to stay in the Seventh-day Adventist Church. The church is far from perfect. But surveying my options, I must conclude that I have no viable alternative: However imperfect my church may be, this is the community where I belong!

Reinder Bruinsma lives in the Netherlands with his wife, Aafje. He has served the Adventist Church in various assignments in publishing, education and church administration on three continents, his last post before retiring as president of the Netherlands Union. He still maintains a busy schedule of preaching, teaching and writing. His latest book is I HAVE A FUTURE: CHRIST’S RESURRECTION AND MINE.