Who’s in Charge of Unity?

A recent Adventist Today story noted that at the Global Leadership Summit in Portugal, February 6-7, world church leaders included unity in their topics of discussion.  I was intrigued by this quote from Elder Wilson:

“When any organization, as a part of the body of Christ, His church, demands its own way contrary to the will of the entire body, that willful and independent organization is working against God’s wishes for a united church in mission based on John 17.”

I probably shouldn’t say I was intrigued—actually more troubled and saddened.

While the quote refers to “the body of Christ” it doesn’t stick with the organic view of the church as found in the New Testament, but rather shifts to a hierarchal motif reminiscent of military structures.

And he’s really using John 17 to support this mashup of metaphors and confusion?

For the past 3 or 4 years I’ve been trying to listen in on the prayer of Jesus in John 17, and figure out just what it really says about unity. I don’t have it all figured out yet but here are some things I’ve been reflecting on.

John 17 starts out with a lot of giving back and forth between the Son and the Father.  The Father is asked to glorify the Son, so the Son can glorify the Father. Jesus says in verse 2, “For you granted him authority over all people…”  That sounds like the Father is the ultimate authority here. The rest of verse 2 seems to identify the purpose of the project: “that he might give eternal life”.  It then designates the recipients of this eternal life: “to all those you have given him.” The Son is accountable for giving eternal life to all those given to Him by the Father.

Which gets me down to the unity thing.

Is the word “unity” actually used in John 17? There are different translations of John 7:23. In Biblehub.com you can find this entry:

When you chase down a Greek interlinear version it says “That… they might be… perfected… in… one.”  The ἕν (hen) is the word for one (1). That’s an interesting way to describe unity isn’t it?

There is a Greek word for unity in the New Testament. It is ἑνότης (henotes). It is used twice in the new testament.  In Ephesians 4:3 it refers to the “unity of the spirit”; and Ephesians 4:13 talks about “Till we all come to the unity of the faith”.   Ephesians goes on to talk about the organic “body” metaphor when referring to the church.

So there is a word for “unity” in the New Testament. But this word is not explicitly used in John 17.  John 17 says “perfected in one”.

Unity as Implemented in the Prayer

Let’s take a closer look at the prayer in John 17 that makes a near pass at unity.

In verse 11 Jesus prays “Holy Father, protect them by the power of your name, the name you gave me, so that they may be one as we are one.”

So here comes the trick question: based on this description, who is in charge of unity?

I don’t know about you, but this looks to me that God the Father appears to be the ultimate authority, responsible for getting done the task of unity.

I’ve heard a lot people talk about how Jesus brings us into unity. But here Jesus does not take responsibility for unity. Rather, he petitions his Father to protect them (the disciples and us) by the power of His name, so they may be as one.

The disciples are not in charge of unity.

Remember, this prayer is offered on a night when the disciples were quarreling about who was top dog. No one would wash feet. It is interesting to me, that when Jesus was concerned about unity, he did not request a loyalty oath. He did not put Peter in charge. He did not just say “You all, get along now”.  He actually asked His Father to take charge of protecting the disciples in this area of oneness.

So how is this supposed to really work?

Some Implementations of Governance

Brigadier General Henry Martyn Robert, came up with Robert’s Rules of Order in 1886 after of losing control of a meeting in a New Bedford Massachusetts Baptist church meeting, where abolitionists disrupted the meeting.  He vowed to never be in charge of another meeting until he knew what the rules should be. This form of governance is based on majority rule. Some organizations commit to a consensus model, where debate continues until everyone comes to a single point of agreement. Other organizations, like the Methodist episcopal system, use a top down hierarchical model with a more “command and control” approach to governance.

Some of our local non-profit organizations use the John Carver Policy Governance Model, or Transformational Governance models, which are based on servant leadership, answerable to “moral owners”.  Polices are individually actively reviewed every year and changed as needed. The board debates, but publicly speaks as one.

That is to say, there are many forms of governance, but the best governance needs to engage in intentional self-inspection in order to be current and relevant.

The governance model in the prayer of Jesus in John 17 has a different look and feel from some of those listed above. There seems to be a hierarchy, but the intimacy of the governance process seems more of a consensus model. There is a designation of authority, but also empowerment that goes with that delegation.

A while back there was a suggestion in various publications that some of our Adventist governance issues were processed with little review, and with processes that I would expect from a less-than-entirely-ethical approach to leadership and governance. I’m sure I don’t understand all the pressures of leadership that cause issues to be secretly developed and rushed to adoption.  But they are procedures I would expect from organizations other than the church. It is disillusioning and disappointing when considering the possibility that the body of Christ might engage in such practices.

Unfortunately, I’m not sure I know a foolproof mechanism for clearly and accurately implementing the Father’s authority with high fidelity to His Divine wishes. In fact I’m not even sure changing our form of governance can guarantee improved fidelity.  After observing a variety of governance models, I’ve observed that any and all forms of governance can be subverted by unethical leaders.

The Kingdom of Heaven is Not Humanly Enforced

Many implementations of unity by human enforcement fall short of Kingdom of Heaven standards. Looking at the failures of disciples during the hours and days following the prayer of Jesus in John 17, it seems apparent that it was best to not put the disciples in charge of unity.  In fact Peter, who declared undying loyalty, abandoned his best intentions before morning.  How do we really know our deepest intent?  No wonder there is a guest knocking at our door (Rev. 3:20).  Only in His company are we able to purchase that eye salve that let’s us see what we would naturally block from any pretense of our awareness.  This is not an indictment of others, but rather an acknowledgment we are all part of the broken human condition even in the context of church affiliation and leadership.

It comes to this: the Father is in charge of protecting unity, so those given to Christ can be one, as Christ and his Father are one. The Father is in charge. Christ is not even holding on to enforcing unity. The disciples are participants in unity but neither are they enforcers of unity. How do we make sure that happens?

I’ve always thought it interesting that so many of our prophetic sermons come not from a priest, but from Daniel, a government official. What is even more amazing is that government official was acutely aware of the corporate sins of his people and readily confessed them.  I often wonder if Daniel’s prayer of Chapter 9 should be the model prayer of persons attempting to give leadership on behalf of the Kingdom of Heaven.

When leadership chooses to interpret scripture by vote rather than prayerful patient reliance on the Father via His Consultant “who will teach you all things” we run the risk of disregarding the wishes of the moral owner.  Ambiguity and mystery and change are not foreign to the God who never changes. How many times are Christ’s miracles executed in the same fashion? How clear were his parables? How come the disciples kept asking for explanations?  What kind of interpretation of parables would we have if the disciples voted their meaning?  I don’t know—just thought I’d ask.

When I reflect on unity I think of Philippians 2:

In your relationships with one another, have the same mindset as Christ Jesus, Who, being in very nature God, did not consider equality with God something to be used to his own advantage; rather, he made himself nothing by taking the very nature of a servant, being made in human likeness. And being found in appearance as a man, he humbled himself by becoming obedient to death—even death on a cross! (vv 5-8, NIV)

Where Are the Answers?

But I’m sure the Father has the answer.

With the Father in charge of unity, we may have to be corporately humiliated before we choose to pray Daniel’s prayer. The Father can take care of that.

With the Father in charge of unity, we can invite the guest knocking at the door of our life; and ask to buy His wares of gold, white robes, and eye salve; His fulfillment center has no danger of shortages or backorders. (See Rev. 3:14-22). The Father can take care of that.

With the Father in charge of unity, we may lack self awareness of our own deceit, but He can make that evident—perhaps with disastrous consequences like David, but it will become evident.  The Father can take care of that.

With the Father in charge of unity, we may pray with contrition, confessing our corporate arrogance, contempt for scripture, abuse of power; we may wonder how long we must go without those promised end time dreams, visions and Holy Spirit empowerment. The Father can respond to our determined request for resources to move the redemption project forward. The Father can take care of that.

With the Father in charge of unity, we may seek earnestly for a way to implement the Kingdom of Heaven Rules in our governance here on earth. He can lead us into a practice of governance that has the unmistakable mark of the Kingdom that is not of this earth.  It will most likely not be Robert’s Rules, or existing policy, or the Carver Model, or Transformational Governance. More likely it will be the Father/Son Redemption Governance model.  The Father can take care of that.

All we have to do is remember that the Father is in charge of unity. 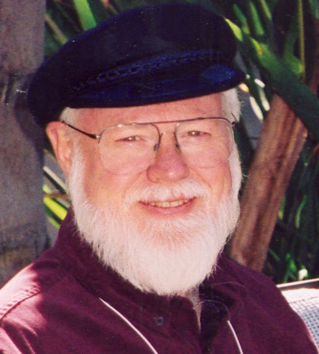 Harry Banks writes from Willow, Alaska. He is in charge of the Computer Systems Technology program at University of Alaska’s Mat-Su College in Palmer. For the past five years he has participated in a community Bible study, meeting Saturday mornings in the education center of the local phone company.

Harry holds a Doctor of Ministry from Pittsburg Theological Seminary and an M. Div. from Andrews University. He served for 12 years as a pastor. He lives in a log house with his wife Jamie and her 8 dogs, 4 sheep, 3 goats, 1 horse, 50 chickens, a cat, and two fish.