Echoing the White Estate’s tone, Elmshaven manager Pastor Abner Castañón told ABC 7 News that he put the survival of Elmshaven down to protection by an angel.

The first photo shared by the White Estate (above) is of Elmshaven looking entirely untouched by the fire. 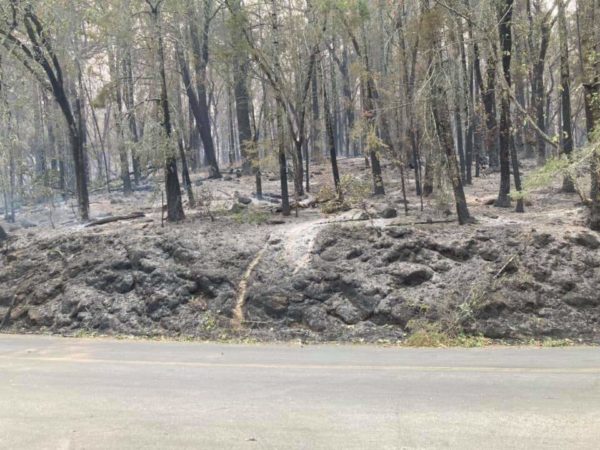 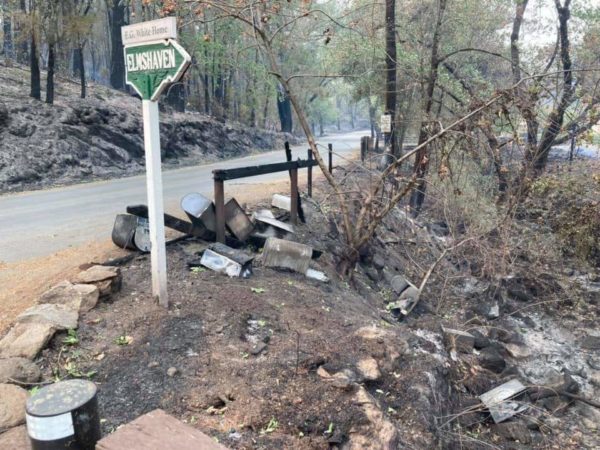 Next there is a photo a neighbor’s fence that burned near the Elmshaven sign: 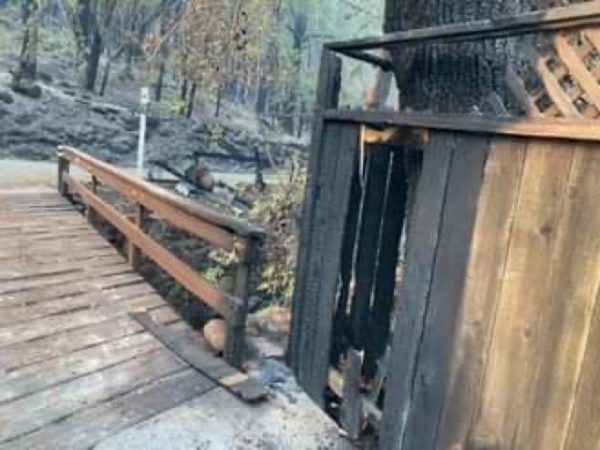 The White Estate included a picture of an Elmshaven sign in good condition: 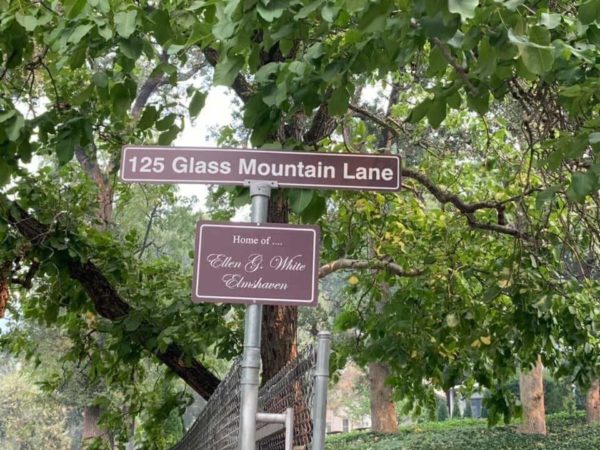 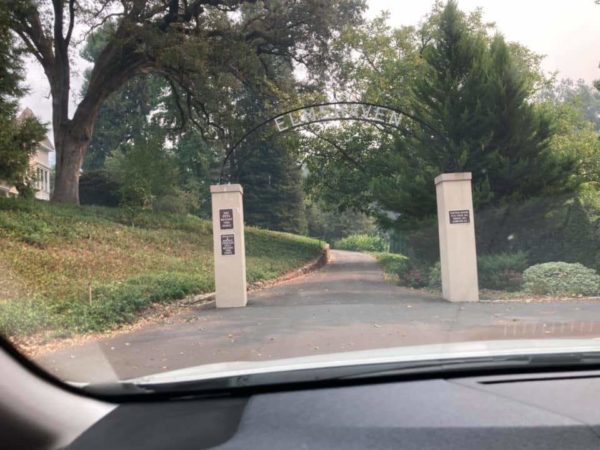 “Thank you for everyone who was praying,” says the White Estate Facebook post, “Please continue to pray for all those who have suffered loss in the fires.”

One heavy loss to the Adventist community is the nearby Foothills Adventist Elementary School in Deer Park that lost one of the buildings on its campus to the fire.