What Love Looks Like: Learning to Love What We Cannot Change

On the last Saturday in June 2019, I went to the local LGBTQIA+ Pride Parade with my Episcopal church. We had 250 bottles of cold water to hand out to marchers and spectators. We had signs that said “Love your neighbor” and “All are welcome—no exceptions.” Most of us had matching Pride T-shirts. I was wearing a shirt that read, “If God hates bisexuals, why are we so cute?”

And y’all … the response we got would break your heart. I watched a girl read the sign I held—“You are loved”—and look at me somberly and mouth the words, “Thank you.” We had people tell us, “We didn’t expect a church to be here, except as protestors.” People told us, “We had no idea there was a church in Huntsville that would support us.” One timid woman came up to me and said, “My husband and I are here today for our daughter. She lives in Boston and just came out, and we wanted to show our support for her.”

Over and over again, we got to tell people, “We are here. We love you. God loves you. Here, have some cold water. It’s free.”

That’s it. That was the message. We had no further agenda than helping people feel loved and accepted and celebrated.

Often, the rhetoric I hear about LGBTQIA+ Christians—which is not an oxymoron; I am one such Christian, and I know many more—has the goals of demonizing and changing us. “Hate the sin, love the sinner” is a common (and tiring) refrain. Anecdotes get shared about LGBTQIA+ Christians who prayed and had their “same-sex attraction” removed overnight —stories that don’t reflect the reality of the vast majority of LGBTQIA+ folks. Rumors fly that the LGBTQIA+ community wants to normalize pedophilia. (To be clear, we don’t.) When pastors try to list some of the apparently unlovable groups that are shockingly worthy of God’s love, they often mention us in the same breath as rapists and child molesters and other violators of people’s rights. People lament to me about “the decline of traditional marriage.” (Whenever I hear this, I want to retort, “Selling fifteen-year-old girls to the highest bidder? That kind of traditional marriage?”)

In short, I have a ways to go before I become a calm, pleasant ambassador for the LGBTQIA+ Christian community. I’m still angry about the fears and suspicions and misinformation I see fueling so much of the homophobia, biphobia, and transphobia in Christianity. I still occasionally find myself fuming, “How can anyone believe these lies about us?”

I remember these things, and I get it. I remember the security I found in letting one method of Biblical interpretation guide my decision-making.

But here’s why I changed my mind: I started hanging out with people who “take the Bible too seriously to take it literally,” as the bumper sticker says. I also started to see “the other side’s” humanity. I started to see how my decisions and beliefs and actions were hurting other people.

I remember the evening these realizations started. I was twenty years old, at the first dinner of a three-week-long creative writing workshop, and the students around me were introducing themselves to one another. The student next to me, a middle-aged man we’ll call Martin, was an American living in Italy, a place I’d always wanted to visit, so I was listening with interest when he mentioned “my partner, David.”

I hope I held it together outwardly. Inwardly, I was reeling. Martin was … gay? How could this be? He wasn’t flamboyantly dressed or speaking with an exaggerated lisp and hand gestures, as I’d been implicitly taught all gay men dressed and spoke.

In that moment, my worldview shifted. All of a sudden, the “homosexuals” I feared were embodied in one man, and he was sitting right next to me. I was eating with him. I was talking with him, joking with him, and looking him in the eye.

I thank God for Martin. He doesn’t know it, but he changed my life. Years before I came out to myself as bi, certainly long before I came out to anyone else, he taught me—just by existing—how to see God in the LGBTQIA+ community. He showed me that this community is made up of God’s children who are valuable, who have the same rights as everyone else, who have an innate need to love and be loved.

So here’s my challenge to myself: I will try my best to learn to love what I cannot change. I cannot change other people’s hearts and minds through sheer force of will. I might never be able to change their homophobia and their biphobia and their transphobia, and I might never be able to change the fears and suspicions and distaste and misinformation that fuel those mindsets. Frankly, it would be profoundly disrespectful of me to pursue relationships with people with the intent of changing them.

Maybe we will never be able to see eye-to-eye on the matter of sexual orientation and gender identity and gender expression and all the other facets of our being. But if we learn to respect each other as human beings, equally and ardently beloved by God, then I dare say there’s hope yet for the Christian Church. 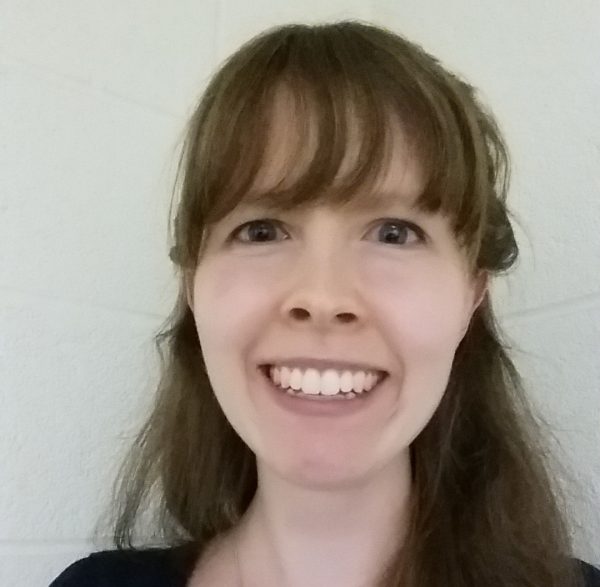