What is the Sanctuary that is Cleansed?

The investigative judgment debate has been a part of Adventism for many decades. I have been following it for years and am not satisfied with either of the main interpretations.

The purpose of this essay is to propose an alternate interpretation that I think fits scripture better.

Problems with the Cleansing of the Heavenly Sanctuary

Adventist expositors generally assume that the sanctuary spoken of here is the heavenly sanctuary. The SDA Bible Commentary, commenting on the word “sanctuary” in Dan 8:14 says: “The Sanctuary of the new covenant is clearly the sanctuary in heaven, which the Lord pitched, and not man.”[1] Robert Olson makes a similar assumption, “…the sanctuary to be cleansed in 1844 could only be in heaven.”[2]

It would also make the saints the little horn of Daniel 8:8-12, because Daniel 8:11 says that the little horn caused “the place of His sanctuary to be cast down,” while verse 12 says the truth was cast down. Place and truth have nothing to do with the sins of the saints. This argument should be sufficient to reject the investigative judgment interpretation of Daniel 8:14.

The word “cleansed” in Daniel 8:14 is a less accurate translation than the word “restored.”[3] The online BibleGateway gives 51 translations of Daniel 8:14. Thirty-one used the word “restored” or a synonym. “Cleansing” implies the removal of something. “Restored” implies returning something to its original condition. What is restored is what was cast down: the place and truth of the sanctuary.

The Purpose of the Sanctuary

The purpose of the sanctuary was to provide a dwelling place for God to be among his people:

The Hebrew words translated as “tabernacle,” “sanctuary “or “temple” emphasize its purpose. According to J. Daniel Hays, in his book The Temple and the Tabernacle, a number of Hebrew words are used to refer to the sanctuary or tabernacle. Mishkan, most frequently translated as tabernacle, basically means “dwelling place.” Obel, translated as “tent” when combined with mo ed means “tent of meeting” as in (Ex. 27:21 NIV). Hays says that when the Bible is stressing the tabernacle as God’s residence, mishkan is preferred. When emphasizing the activities of the priests, the “tent of meeting” is preferred, stressing that this is where humans encounter God. Qodesh and miqdash are also used. Both stress holiness and are usually translated as “sanctuary.” Hekal is also frequently used and carries the meaning of “royal palace,” implying not only residence but God as king. Hays explains that these terms connote four interrelated concepts related to temple/sanctuary: (1) the residence of God, stressing his presence, (2) the place where God reigns and rules as king, (3) because when God is there the place is holy, (4) the place where people can approach God and worship him.[5]

Thus, the sanctuary that was cast down and to be restored in Dan 8:11-14 is a place where God dwells among his people. The cleansing of the heavenly sanctuary does not fit this requirement.

Is the sanctuary of Daniel 8:14 the second temple?

The second temple was built after the exile, but there is no biblical record of it being inhabited by God. There was no ark in this temple. Antiochus placed an idol in the most holy place, but nothing happened to him. If that had happened in Solomon’s temple, Antiochus would have died immediately.

A common argument is that the little horn was Greece, based on verse 9, “out of one of them.” However, the Hebrew word for them is hem, which is masculine. The Hebrew word for “horns” is only feminine. Consequently, the antecedent for hem is winds of verse 8, which can be either masculine or feminine.[6] Dan. 8:23 indicates that the little horn was to arise out of the four winds at the end time of Greece.

The restoration of the sanctuary of Dan. 8:14 was to occur after the 2300 days, or A.D. 1844. This means that the sanctuary involved is the new covenant sanctuary where God dwelt with his people after the crucifixion of Christ.

The book of Matthew opens and closes with God’s presence among his people:

Behold, a virgin shall be with child, and shall bring forth a son, and they shall call his name Emmanuel, which being interpreted is, God with us. (Matt. 1:23).

God dwelling with his people is the function of temple. If he is with us until the end, there must be an earthly temple following Christ’s assent to heaven.

Jesus, speaking to his disciples says, “Yet a little while and the world seeth me no more…” (Jn 14:19). Knowing that he is going to heaven to intercede on our behalf, he promises to send the Comforter. He says, “And I will pray the Father, and he shall give another Comforter, that he may abide with you forever: Even the Spirit of truth…” (Jn. 14:16). John 14:26 identifies the Comforter as the Holy Spirit. Speaking of the comforter, Jesus says, “… for he dwelleth with you and shall be in you” (Jn. 14:17). The emphasis on God dwelling among his people is the same here as was placed on the tabernacle.

The New Testament temple is the individual believer with the indwelling Holy Spirit, and collectively, the church.

Parallels between the tabernacle and New Covenant temple

There are definite parallels between the Old Testament tabernacle and the New Testament temple:

First, in the tabernacle of Israel, the law was written on tables of stone and placed in the ark located in the most holy place. In the New Testament temple that same law is written in our hearts and placed in the “inward man” (Rom. 7:22).

Third, stressing the presence of God in the midst of his people, Paul writes, “For we are the temple of the living God. As God has said I will be their God, and they will be my people” (2 Cor. 6:16). This is a reference to Lev. 26:12. Which says, “And I will walk among you, and will be your god and ye shall be my people.”

Fourth, Acts 2 describes the Holy Spirit descending on the followers of Jesus on the day of Pentecost:

And suddenly there came a sound from heaven as of a rushing mighty wind, and it filled all the house where they were setting. And there appeared unto them cloven tongues like as of fire, and it sat upon each of them. And they were filled with the Holy Ghost…. (Acts 2:2-4).

In the tabernacle, people are kept at a protective distance from the most holy place because the sinner cannot stand in the presence of a holy God. Only the high priest after the proper purification rites could enter the most holy place. However, with the death and resurrection of Christ, all of that changed. Hebrews 10:19-22 explains that Jesus is our high priest. His crucified body is symbolized by tearing the “curtain” to the most holy place, and now we have free access to the presence of God, which we experience through the indwelling Holy Spirit. The new birth experience justifies the believer before God allowing for the indwelling Spirit. The Holy Spirit does not dwell in the person whose sins are not covered by the blood of Christ. Belief makes the difference.

The Casting Down of the New Covenant Temple

Paul, in his second letter to the Thessalonians, says, “Let no man deceive you by any means: for that day shall not come, except there comes a falling away first, and that man of sin be revealed, the son of perdition” (2 Thess. 2:3). The “man of sin” is the little horn of Daniel 8.

The beginning of the falling away is evident in Paul’s letter to the Galatians where Judaizing Christians were teaching a false gospel of salvation by faith plus works. The gospel is the power of God unto salvation (Rom. 1:16). Faith is always based on a knowledge of the true gospel (Rom. 10:17). A false gospel has no power to save. The truth taught by the sanctuary, the gospel, was what was cast down. And it was that truth that was to be restored at the end of the 2300 days.

Consequently, the restoration of the truth of the sanctuary following the 2300 days of Dan 8:14 can only be accomplished by a correct gospel.

Because of the falling away, the Pentecostal condition of the church was lost. The movement following 1844 was to be the preaching of the Gospel—the three angels’ messages. Its purpose was to restore the Holy Spirit to the human temple, which would result in the restoration of Pentecostal condition of the church, known as the latter rain and the loud cry. Daniel 8:14 is a promise of a restored church.

Not only the works, but the words of Jesus were the result of Jesus in God and God is Jesus (Jn. 14:10,11). In the same way the works and words of the church in its restored Pentecostal condition will result from the church members in Christ and Christ in the members (Jn. 14: 12-14).

I have shown that the sanctuary functioned as God’s dwelling place among his people, and argued that the sanctuary of Daniel 8 must fit that function. The second temple and Antiochus IV Epiphanes do not fit the prophecy. The New Testament temple—the human temple and collectively the church—functions as the dwelling place of God in the form of the Holy Spirit. It is the human temple and the church, as well as the truth of the everlasting gospel, that was cast down and is to be restored. This interpretation of Daniel 8:14 is a better fit for this passage of scripture. 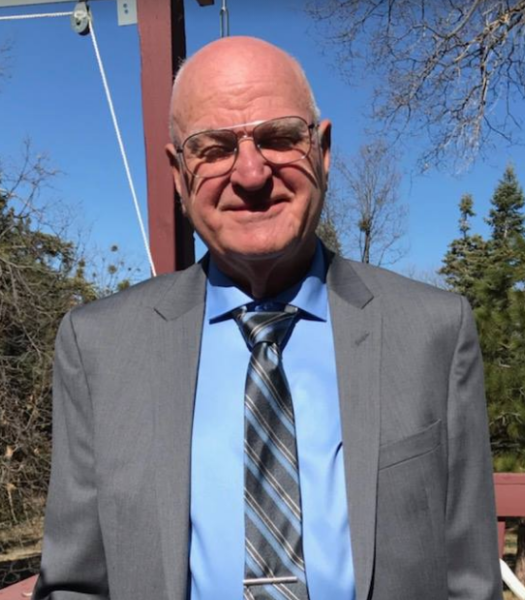