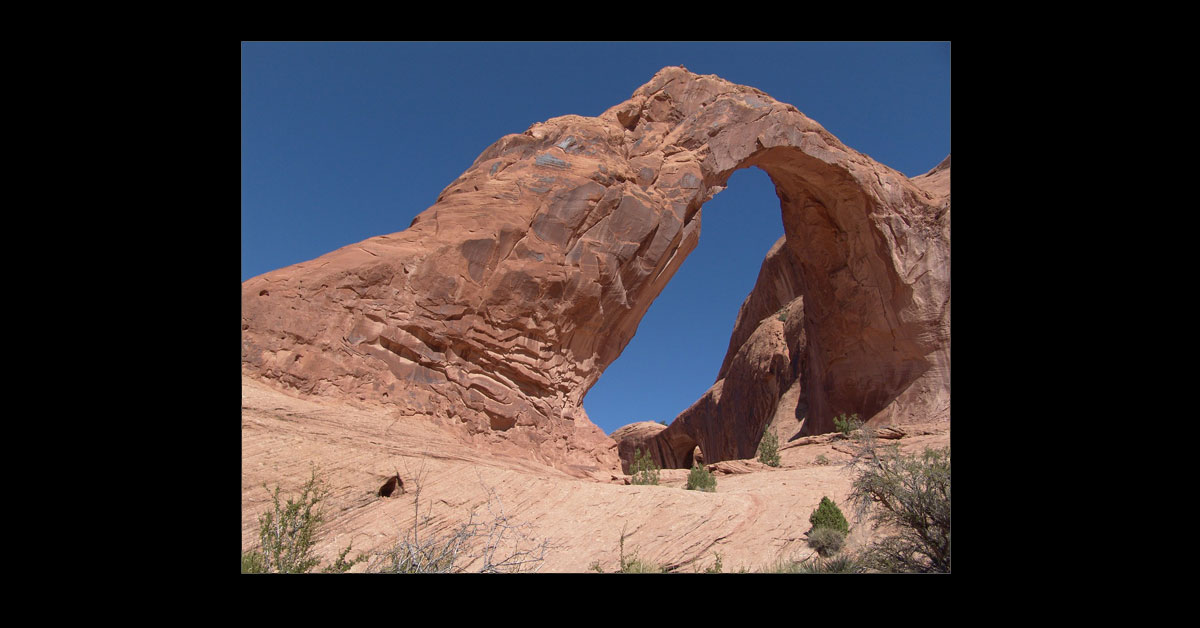 By John McLarty, November 16, 2017:      A leading Adventist creationist, the biologist Leonard Brand, argues that nearly all animal tracks in the Coconino Sandstone go up hill. In public lectures, he and fellow scientist, Art Chadwick, extrapolate from this “fact” to claims that both the Coconino Sandstone and the Navajo Sandstone were formed originally as underwater sand dunes by massive tsunamis that swept all the way across the American continent from east to west during Noah’s Flood.

Brand and Chadwick do not claim to have a Flood Model, but they do explicitly state that their research findings are compatible with a worldwide flood. These claims have been picked up and popularized by pathologist Sean Pitman, a prolific amateur creationist. Pitman also cites the work of geologists who published articles in the early to mid-1970s arguing for the subaqueous deposition of the Navajo Sandstone.

Robert Johnston, a retired chemist, has participated in two field trips led by geologist Gerry Bryant, a world expert on the Navajo Sandstone and long-time elder in the St. George, Utah, Adventist Church. In addition to participating in the intensive field work led by Dr. Bryant, Johnston has also done extensive review of the geology literature on the region. On the basis of his field work and literature review, Johnston has written a comprehensive critique of the young-age creationist claims regarding the Coconino and Navajo Sandstones.

One of the striking differences between the articles by Pitman and Johnston is the dates of the scientific papers they reference. The important papers for Pitman are a handful published in the mid 1970s. These forty-year-old interpretations have been contradicted by later research, research that is ignored by Pitman. Johnston, on the other hand, cites more recent literature.

When participants in the Faith and Science Conference in Saint George, Utah, this summer asked my evaluation of the presentations, my reply was, “This all works very well in here, inside this space where there are no questions and no counter evidence, but these ideas will fall apart if you take them out in the field.” Interestingly, the conference featured two field trips, but there was no field instruction. We never got close to the rocks where we could ask the church-employed scientists how they reconciled what we observed in the field with what they had stated in their lectures. Johnston’s paper is not as good as being in the field with Dr. Bryant. But it is a wonderful introduction to the vast and complicated reality that is the Navajo Sandstone.

If you are looking for a quick read to buttress what you already know, Johnston’s paper will not be particularly helpful. But if you are interested in a comprehensive exploration of the initial formation of the Navajo Sandstone and how it has changed over time, Johnston’s paper is a tour-de-force. It will stretch your mind. It will broaden your understanding of basic geologic processes and offer insight into the specific forces that shaped the glorious landscapes we observe today.

John McLarty is pastor of the Green Lake Adventist Church in Seattle and a contributing editor for Adventist Today.