Waiting on God in the Faith of the Pioneers 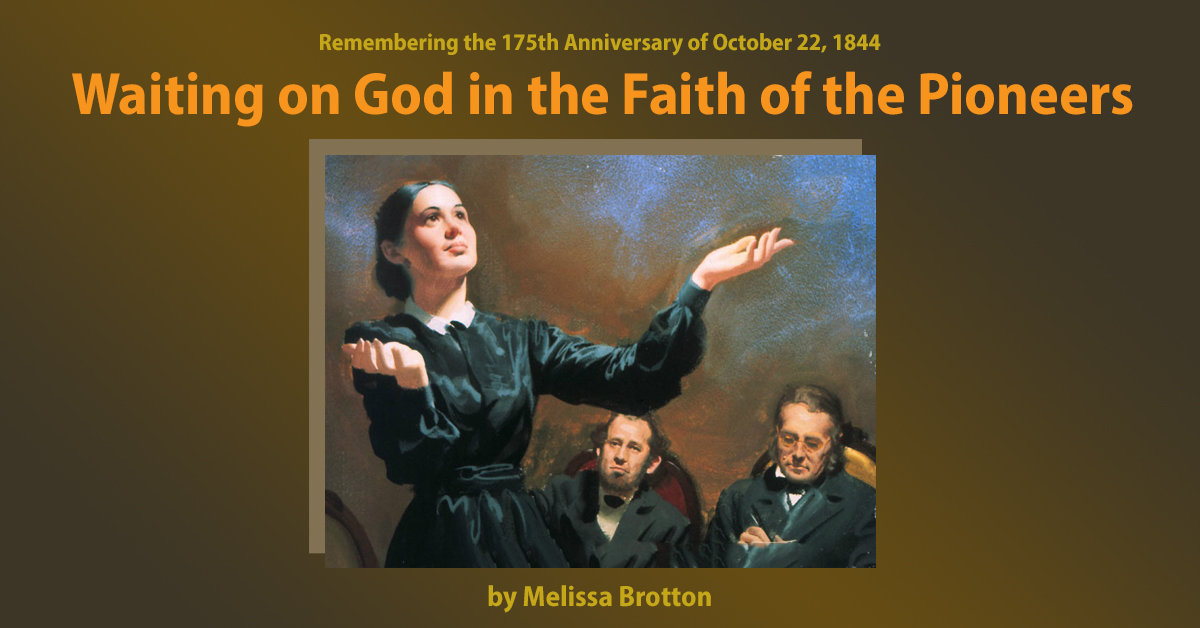 Wait on the Lord; Be of good courage, And He shall strengthen your heart; Wait, I say, on the Lord! (Psalm 27:14, New King James Version)

“That’s it, boy,” I say and snap the last rivet on the large, plastic dog-collar. Daylen casts me a doleful look. I know he’s disappointed. He did not expect to wear “the cone of shame” today. Everything had begun so normally this morning. He had looked forward to breakfast and an early walk when out of nowhere – the cone. “Just a few weeks,” I promise and give him a pat, but he only heaves a sigh and rolls onto his side. If only I could tell him there is an end-point. But I can’t. He just has to wait it out.

I am treating Daylen for skin abrasions on his backside, and that means that he can’t have frontal access to it. He will eventually adjust to the tunnel vision and get over the clumsiness, but it is no fun for me to do this to him. In this, we both need to wait.

To make matters worse, there are often disappointments after making that effort. Getting through the green beans only to find tapioca in place of chocolate cake, practicing for all you’re worth but still not making the team, studying for two weeks straight and still failing the test. Then there are the large bitter pills: winding up alone after years of marriage, watching a loved one suffer with dementia, or suffering multiple miscarriages. In times like these, God may seem distant or uninvolved. As if he has shrugged his shoulders or even folded his arms at us.

Adventists know a lot about waiting. Those of us who grew up in the church have known we are waiting for something very big from the time we were “tiny tots.” It’s ingrained, a major part of our DNA. It comes up in Sabbath School, during the sermon, or at prayer meeting. We sing about it and write books about it. At times we sense its nearness, but more often, perhaps, we feel its farness.

God must have seemed very far away to the Advent believers on the morning of October 23, 1844, when the realization that Jesus had not returned finally set in. I imagine Ellen Harmon’s anguish was much like Tommie-Amber Pirie’s portrayal of it in the 2016 production, Tell the World.[1] In the scene, the young Harmon doubles over in a field, her chest heaving, hands shielding her face distorted with tears in the grey dawn, thunderclaps overhead. Many of her believing friends had to turn back to empty homes or lands already sold, not to mention scoffing neighbors and family members. This bitter experience caused some of these believers to lose heart and leave altogether. Others lingered, confused and afraid to face public ridicule. They felt ridiculous. The bleakness of their situation was inescapable. Why hadn’t Jesus come? Was he disappointed with them? Had they failed in taking the message to the whole world? And how could they go on from here?

Wait. A word with a weighty legacy. Today’s commonly known meanings, looking forward to a future event or enduring through a time without something anticipated, may lead us to think that waiting is the equivalent of doing nothing. We tend to associate it with inactivity, emptiness – even boredom – whiling away the hours or just sticking it out. But older meanings of this word carry a lot more vigor. The Oxford English Dictionary (OED) lists five obsolete definitions (from the 14th and 15th centuries), each having to do with intense observation (or even watching with hostile intent, as in spying on someone or lying in wait). Or consider the OED 3c: “To watch over, take charge of, care for (a person’s interests).” Even more interesting for our purposes, wait is derived from the Old French, gaitier and the Old High German wahten: being on guard, on watch, or on the defense. To top it off, an even older form of the word, weg, is “to be strong, lively.”[2]

I have reason to believe the author of Psalm 27 (explicitly in the text, David) was inspired with the more active meanings in mind. In fact, the concept of “to look for, hope, expect” is embedded in the Hebrew, qavah (קַוֵּה). Even more fascinating is qavah’s secondary meaning, which takes us through our final stretch: “to collect or bind together,” essentially, “to gather” and “to be gathered.”[3]

Thankfully, our 1844 story does not end with bitter disappointment. Gradually, the little band gathered back together, warmed at the thought of seeking light from Jesus on their predicament. As they continued to pray, it became clear that a misinterpretation of the event in the time prophecy had led to their error, and as they prayed, a greater light was shed on their dismal prospects. The light grew brighter as they understood more clearly the relevance of Christ’s post-resurrection ministry and accepted the seventh-day Sabbath and God’s plan for health and vitality. Jesus was still planning to return. He wanted a people ready to receive him. He even wanted a people, who, like Elijah, were ready to go home without tasting death. As they adopted worship and health practices that were different from mainstream Christianity, these early Advent-ists became more and more distinctive. They began to publish their findings far and wide in their own printing presses. They sent missionaries overseas. What was once a small band became a world-wide organization, well known for its neighborly charity and its medical and disaster-relief missions. Its message was all about waiting, hoping, and watching with vital and redemptive results.

Our forerunners did not allow disappointment or adversity to stall them in their waiting time. Rather, they gathered up the fragments and left nothing behind. They gathered together in prayer and study. Now pioneers of faith, freshened by deepened understandings of God’s word, they became a people rebirthed through disappointment, and they came forth with a brighter identity.

As inheritors of this story, and descendants of these pioneers, we stand on the shoulders of those who have already known struggle and hardship in pressing forward. In other words, our heritage can provide us with fuel for our own lamps when the light of hope wanes. Christ’s coming may yet seem a great way off, and yet we are told to “wait on the Lord and be of good courage.” Then comes the promised blessing – “and he shall strengthen your heart.” Waiting, then, on God is a lively and involved waiting, it is an intense watching, a wholehearted expecting, and a caring for the interests of others as Jesus gathers his people, for Jesus is also waiting – in eager anticipation – to see us face-to-face. He is going through this wait with us.

As people of “the great wait,” the promise of Christ’s courage along with our inherited memory should console also for the big and small “meantimes” in everyday life. Whatever you are waiting for now, take courage, and let Jesus strengthen your heart. 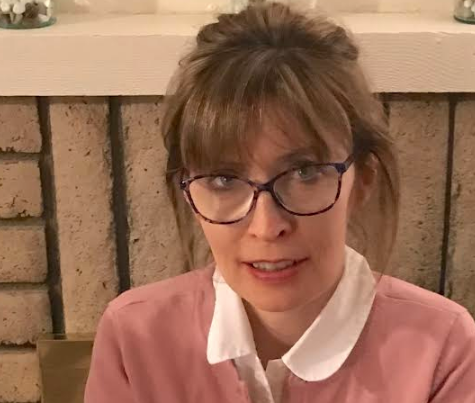 Melissa Brotton teaches writing and literature courses at La Sierra University. Her special areas are nineteenth-century British literature and religious studies. She has published on the poet Elizabeth Barrett Browning and Biblical ecology. She spends a lot of time outdoors, paints, and writes nature stories and poems.