If you vote for Jack he promises to resign…

by Jack Hoehn, June 17, 2015:     “Hello, I was thinking of running for the office of President of the General Conference next month in San Antonio, and was wondering if I could count on your support?”

Motivated by the excitement in American political parties for the office of President of the United States, including a Seventh-day Adventist (retired neurosurgeon Dr. Ben Carson) as one candidate, and another candidate with an Adventist wife (US Senator Ted Cruz’s wife, Heidi), at least 6 announced or likely candidates are going to ask for the Democratic party nomination, and 20 Republicans have or will thrown their hats into the ring.  Ben Carson is African-American, Hillary Clinton is a woman, and Lindsay Graham has never married.  Some, such as Senator Cruz, are Hispanic, Governor Bobby Jindal of Louisiana has east-Indian parents and there are lots of married white guys running for the job, so Americans can’t say they don’t have any choices.

But in addition to these 26 prominent souls from the dominant parties, there are literally hundreds of other candidates for the presidency of the USA from smaller third parties like the American Freedom Party, the Constitution Party, the Green Party, the Justice Party, the Libertarian Party, the Objectivist Party, the Peace and Freedom Party, the Reform Party USA, the Socialist Party USA, and then my personal favorites, the Independents of no party who number in the scores, usually as write-in candidates, but who have filed in one or more states to be on the ballot.

So after I form an exploratory committee of  “Jack for President of the GC,” and set up an advisory board of senior politicians (whoops, I mean senior church administrators), and most important of all, when I start getting enough large cash donations from all of you to fund a major TV campaign promoting my virtues to be president of the General Conference of the Seventh-day Adventist church, I think it only wise that we have more than one candidate for this office.

If the mere presidency of only one of the 196 nations on the face of this earth (admittedly, one of the larger ones) is important enough to generate this much interest and so many choices, surely the administrative head of God’s work on earth deserves a little more interest than just a chance to live in the White House and fly around on Air Force One.

So why, dear fellow Adventists, should you vote for me?

Well, modesty and an unfortunate lack of necessary qualifications keep me from filling too many pages with the reasons to consider me as your next General Conference President, but here are a few things to consider as you decide who should lead God’s church on earth.  I can think of a few minor virtues that might make you consider me, or perhaps another of the hundreds of other qualified candidates that I am sure could be worthy of the GC presidency:

So there you have my 8 point platform, dear fellow Adventists.  Vote for me, and I will as my first executive action resign myself and take with me all the officers under my control who are older than God said should serve him.  You do believe the Bible is inspired truth, don’t you?  Then how could you be opposed to the implementation of Numbers 8:24-26:

“This applies to the Levites: Men twenty-five years old or more shall come to take part in the work at the tent of meeting, but at the age of fifty, they must retire from their regular service and work no longer. They may assist their brothers in performing their duties at the tent of meeting, but they themselves must not do the work. This, then, is how you are to assign the responsibilities of the Levites.”

God regulated the priestly office and limited the age of His church leaders to 25 to 50 years. Anyone younger or older was not eligible to have a leadership position, male headship or no. So why don’t we follow this plan? God said it, I believe it, that settles it, as far as my “exploratory candidacy” is concerned.

(By the way, shouldn’t all delegates to the General Conference adhere to that Biblical age requirement? The rest of us younger and older than that can go to work for them as support staff, but not as voting delegates or leaders.)

What’s that you say?  You want to vote for me, but you can’t, since we don’t vote for our church president?  You say this is all handled by a small group of delegates behind closed doors?  Sounds like old-fashioned party politics to me. 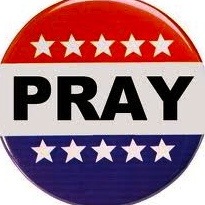 Well, if you are on the GC Nominating Committee could you just nominate me as a surprise write-in-candidate?  Or at least consider the five, twenty, or hundreds of other people who just might make an excellent president of the General Conference, given the chance?  And please remember the age for leadership the Bible advises.  No one under 25, no one over 50.

Well, couldn’t you at least send me a cash contribution for my “exploratory campaign”?  Or better yet, perhaps you should send a donation to Adventist Today.  https://atoday.org/product/gc-coverage-donation

That way, if I am ever elected, or perhaps someone is elected who is even more qualified for the job than me, you’d be the first to know….

When We Disagree My Take: Time for an Upgrade