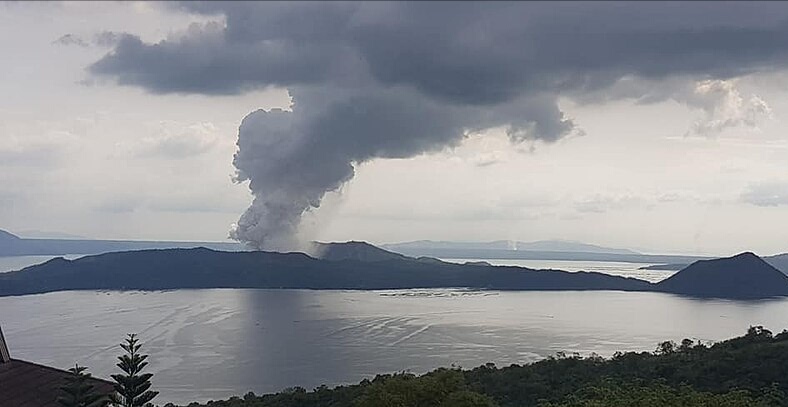 13 January 2019 | Today, work was suspended at a number of Adventist institutions located close to the Taal Volcano that erupted Sunday evening in the Northern Philippines.

Thousands of families in the Batangas province surrounding Taal have fled the area.

Per an AIIAS Facebook update, some of the campus population has left campus voluntarily to address personal needs or to comply with direction from their embassies.

The volcano started spewing ash about 5:30 in the afternoon on Sunday.

ADRA Philippines is assessing how to respond even as its own headquarters is covered in volcanic ash. The agency’s Facebook page stated that ADRA staff are “heading down to Talisay and Tanauan, Batangas to conduct assessments in evacuation centers to find out the most urgent needs.”

The Philippine Institute of Volcanology and Seismology (PHIVOLCS) has raised the alert level to level 4, meaning a hazardous explosion is possible very soon.

Minor tremors could be felt in the region, as well as on the AIIAS campus that contains several multi-story apartment buildings.

No deaths have yet been reported.

This file is licensed under the Creative Commons Attribution-Share Alike 4.0 International license.