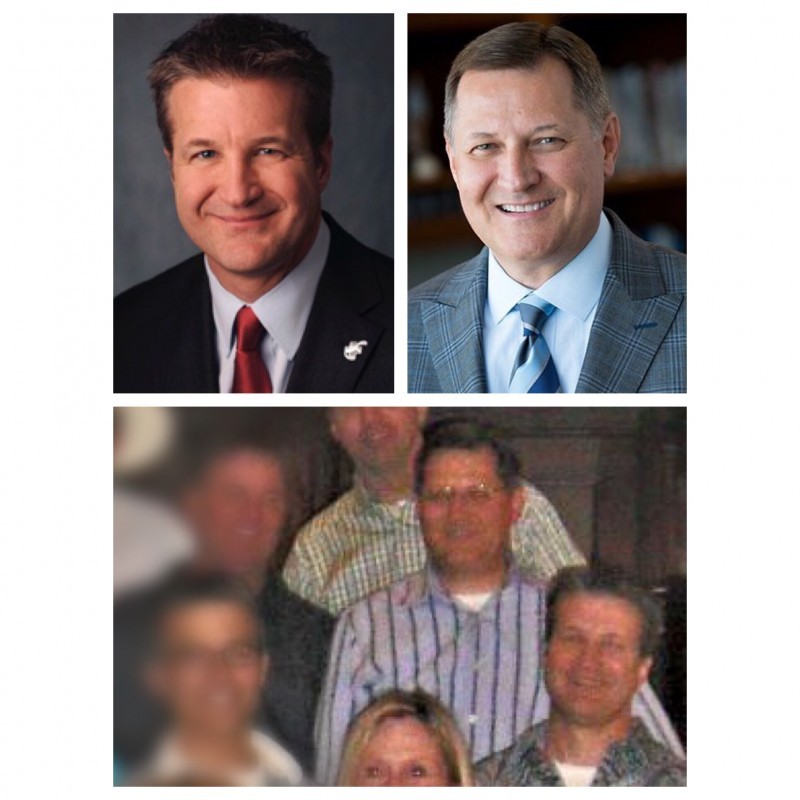 By Mark A. Kellner, May 11, 2017:      If one accepts the premise that “big doors swing on little hinges,” then there’s a little “hinge” about 25 miles south of Fort Worth, Texas, that opened some huge doors in the healthcare world. From a student body well under 200, at a school not even 50 years old, Chisholm Trail Academy in the small town of Keene (population: 5,000) graduated two alumni in 1980 who each run important health networks that span several states and reach overseas.

What’s more, both CEOs credit their time at the school, known as CTA, with moving them towards the industry and giving them key skills they still use today.

Ernie Sadau has served as President and Chief Executive Officer of Christus Health since March of 2011. The 18-year-old Catholic hospital network operates 60 hospitals and healthcare facilities in seven U.S. states, the nations of Colombia and Chile, and six states in Mexico, where it is the second-largest private health provider. More than 45,000 employees work for the organization, which is headquartered in Irving, Texas.

Sadau, who spent 23 years working with for another faith-based health system, knew early on that he wanted to work in healthcare, but adds, “when I was [at CTA], I never thought I’d be CEO of an international company.”

One of his classmates at Chisholm Trail Academy is Terry Shaw, who in December 2016 became President and CEO of the largest Protestant health system in the U.S, Adventist Health System. AHS, headquartered in Altamonte Springs, Florida, operates 46 hospital campuses in 10 U.S. states, along with a range of physician practices, skilled nursing facilities, home health and hospice agencies as well as urgent care centers, employing 80,000.

Both positions are demanding leadership roles. Each organization has assets valued in the billions of dollars, and, as noted, tens of thousands of associates.

But it’s interesting that both Shaw and Sadau were not only high school classmates, but attended a small Adventist school in a town that was a dusty exurb during their academic careers. And both say CTA’s influence marked out their later career paths.

Interestingly, both were classmates – and friends – since fourth grace. Former classmates noted the “understanding” the two would rotate in the role of class president each year in high school. When the two graduated in 1980, Shaw was senior class president and Sadau headed the student association.

In addition to Sadau and Shaw, the CTA Class of 1980’s 60 graduates included Judy Leach, now senior vice president for marketing at a regional, multistate hospital system in the Pacific Northwest.  The previous year’s class includes Jeff Bromme, senior vice president and general counsel for AHS and one of the top healthcare corporate attorneys in the nation.

It was a combination of the Christian education they received and some personal experiences that moved them towards the caring professions, even if neither is a physician.

Shaw credits his parents (his father was an X-Ray technician and his mother was a nurse) with showing him some of the inner workings of the field. His father would “take me to the X-Ray department as a kid; he would show me the room, show me the equipment and what they did,” he recalled.

For Sadau, his parents had an impact in a different way: Determined to give Ernie and his siblings a Christian education, they moved to Keene specifically for the Adventist elementary and high schools there.

Yet, he said, “my parents did not have financial resources. I had to work to pay my way through CTA. They set the class schedule so kids went to school early, at 7 a.m., be done by noon, and then do work assignments in the afternoon, to help pay some of the bills.” Those work assignments, he said, were “another key component of teaching responsibility and work and how that combination can work in a person’s life.”

Along with academic studies and schooling in hard work, Sadau had another experience in his high school years that proved pivotal. Young Ernie had been drawn to medicine, but also was interested in business. Severely impacted wisdom teeth made him a hospital patient in Fort Worth, and seeing how the facility operated was an eye-opener, he said.

Sadau recalled his 48 hours at the hospital: “I laid there thinking this might be a good combination, where I can be of service and combine both interests. Maybe (hospital administration) would be the right career.”

Shaw’s epiphany would come later, when he was a sophomore at Southern Adventist University in Collegedale, Tennessee. Before that, a math teacher at CTA encouraged Shaw to take a class in business machines, which included adding machines and other pre-computer era gear, along with his math studies. At Southern, a call came in for summer internship applicants at Adventist Health System. Shaw applied, went to Florida for an interview, and interned with AHS for two summers, joining the organization after graduation.

For Sadau, the lessons he learned at CTA have remained: “What was ingrained in you will never leave,” he said. “I think quite honestly Christian education was critical to that (development) process, and I’m very thankful for it.”

“Watching Ernie and Terry develop into outstanding Christian leaders has been one of the highlights of my professional career,” Ed Fry, president and CEO of FaithSearch Partners told Adventist Today. He knew both of them from their early years. “You could tell from when they were teenagers they possessed the unique attributes, honed through practical experiences and godly teachers and parents, that would someday blossom into the gifts allowing them to impact literally tens of millions of lives worldwide.”

The photos with this article picture Sadau and Shaw today and together in a photo from their teen years at Chisholm Trail Academy in Keene, Texas. Mark Kellner is a free-lance journalist who has written for the Deseret News in Salt Lake City (Utah), the Adventist Review and the Washington Times in the United States capital. This story was supplied to Adventist Today by FaithSearch Partners.