Time for a Sermon on Hell?

The cover of the April 25 (2011) issue of Time asks the question, “What if there’s no Hell?” The accompanying, lengthy article reports the growing conflict in Evangelical circles over a new book by Rob Bell, pastor of Mars Hill Bible Church in Michigan where weekend attendance averages more than 7,000.

Bell recalls a quote by Gandhi on a poster displayed at the church and a sticky note someone posted next to the famous name; “Reality check: He’s in hell.” 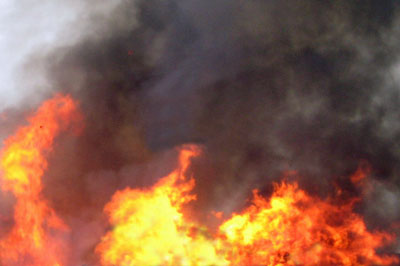 “Really? Gandhi in hell? He is? We have confirmation of this? Somebody knows this? Without a doubt?” The slim volume proceeds to dismantle the classic Christian teaching on hell because it is a contradiction of God’s character. (God will perform miracles to keep people alive so they can be tortured? Forever? Really? The Bible actually says this?)

The book also suggests that a kind of universalism is a possibility. Perhaps no one will, in the very end, be lost. Maybe all humanity will be reconciled to God. In fact, Bell finds it easier to leave many questions up in the air, to allow God answer them in His own good time, than he does to make doctrinal assertions. This is what has infuriated many conservative Protestants.

If there is no threat from God of everlasting torture in the hereafter, will people lack the motivation to follow Jesus? Or, at least, to rigorously follow His way? If we reinterpret all of the texts about a “lake of fire,” etc., do we run the risk of nullifying the entire text of Scripture?

When Bell writes, “I have long wondered if there is a massive shift coming in what it means to be a Christian,” he does not make them feel any easier. Yet he is the pastor of a Bible church and his text for Easter Sunday is Revelation 3:1-13, the last two in the vision of the Seven Churches, Sardis and Laodicea.

Now that someone as visible as Rob Bell has raised the topic, maybe it is time for Seventh-day Adventist preachers to (again) address the topic of Hell. Time notes that “Christians have debated atonement and judgment for nearly 2,000 years.” There continue to be a number of contesting positions. Adventists have taken their lumps for being too ambiguous on some aspects, and now we are confronted with a generation that is more comfortable with ambiguity than asserting what is just wrong.

In fact, Adventist theology on these questions is somewhere between Bell’s alleged vague universalism and the conservative Evangelical’s class teaching on Hell. It provides a better accounting for the literal Scriptures involved than do either the traditional expositions or Bell’s book.

We have something to offer here. We have insights to share that go beyond simply persuading converts. If the Evangelical world were to take seriously the Adventist biblical studies and theology on this topic—and were not afraid to adopt anything from an Adventist source—they would find good solutions to the problems that Bell has opened to view. And Bell would find his “something new” without throwing out the baby with the dirty bathwater.

Frankly, Adventist pastors and theologians have a duty to speak up at this point. We have something the larger church needs. We have some solid answers. Don’t be afraid to do it. Preach about Hell.