The Wrath of God

Nothing in the Bible can be more disturbing to the modern reader than being presented with texts about the “anger” or “wrath” of God. While humans are advised by Scripture to “be angry and sin not,” it is difficult for us to hold guiltless anyone, especially an all-powerful creator deity, who cannot control his temper.

In Romans chapter 2, Paul writes to the church that God is the final judge, and that judgment leads both to “glory, honor, peace, and immortality,” but also to “indignation and wrath” (verse 8). In fact, the last judgment day of the Lord is also here called “the day of the wrath of God” (verse 5). We can feel drawn to the God of “glory.” We are willing to “honor” that. We seek for divine “peace.” And we do have “eternity in our hearts.” But how can we be asked to honor God’s anger?

Theologians have undertaken to justify and defend “the wrath of God.” Most admit that it is distasteful to our unregenerate hearts but suggest it is necessary. Yet even if we understand that in life there are some “necessary evils,” must there be a “necessary evil” in the Eternal? How can there be a dark side to One who is life and love and light?

If my God has an anger problem, then I have a God problem.

“Indignation and wrath” in Romans 2:8 are from Greek orgē and thymōs. Orgē is found 36 times in the New Testament.[1] The King James Version (KJV) mostly translates it as “wrath,” or sometimes “anger,” and once “vengeance” and once “indignation.” Does this make you feel any better?

Well how about thymōs? It is used 18 times; KJV translates it mostly as “wrath,” twice as “fierceness,” and once as “indignation.” Must we just take our Bibles as they read in King James English, and get comfortable with “wrath, anger, vengeance, indignation, and fierceness?” Perhaps we should move forward to more modern translations. So, I found some newer translations tried “fury” and “be furious.” The Contemporary English Version (CEV) translates Romans 5:8, “But he will show how angry and furious he can be.…” Does anticipation of an “angry and furious” Father or a “indignant and wrathful” Jesus make you want to honor him? Or do we just hope we can learn to forgive him?

Let me be clear. Any moral being who can watch the murder of George Floyd without being “angry and furious” about many things is being immoral. I get it. And if there is a God of justice (about whom we ask in moments like this, “Where is the God of justice?” Malachi 2:17), then we want this God to be both angry and furious, too. And nothing would please us more than a divine judgmental intervention like a bolt of lightning from heaven striking down the casual murderers as we shudder through the terrible seconds on YouTube. We feel just like James and John pleading, “Lord, do you want us to call fire down from heaven to destroy them?” (Luke 9:54).

Do we really need a God in our image? Do we yearn for a long-distance watcher, a divine ignorer who lets things go on too long? Do we need a God who reacts with indignation and fierceness after the fact, angry about things he has not prevented? Wrath, fury, indignation, fierceness, anger are words we can understand, but I don’t think in the end that they are words we really respect.

So, come with me on a search for a “better than we are” God. Come and see if orgē and thymōs can truly be seen as divine attributes, instead of being considered divine weaknesses. This is not going to be a scholarly exercise by a Greek scholar. This is going to be an attempt to understand these attributes of God using English words that might make it easier to worship, respect, honor, and understand these revelations about God’s character.

Books or online Bibles offer access to the Hebrew, Aramaic, and Greek words behind our translated Bibles. And many of them will link you to explorations of those words. Let’s begin with thymōs, usually translated as “wrath.” I was reading Revelation 12:12, where having “great wrath” is not mentioned as an attribute of God but of the devil—“for the devil is come down unto you, having great wrath (thymōn megan).” And just a few verses later (Revelation 12:17), the demonic dragon is also shown to be “angry” (orgisthē).

Is it possible we have misunderstood these words (orgē, thymōn) as being character attributes like adjectives (as in “he’s an angry man”) but instead they should be considered as adverbs describing actions, not showing motives (as in “he rapidly moved”)? Orgē and thymōn might be telling us not what God is feeling, but describing his activity, his actions. Let’s see what this might mean.

What do our references tell us about the Greek word behind “wrath,” thymōs or thumōs? Strong’s Concordance Greek #2372 tells us that thymōs means “passion,” as well as “wrath.” And it comes from a root meaning “to rush along,” “get heated up,” “panting,” or “boiling,” as when water gets excited and begins to bubble. So besides “being heated up” in anger, it also can mean to “glow” or to “get excited.” When energy is added to a light bulb’s filament it doesn’t become angry; it glows; it shines, it does become “hot” and “intense.” The filament gets so excited that it begins to glow and give light.

Thymōs and “thermal” have similar origins. Another derivative of thyō (the root of thymōs) is a very excited wind—boiling, foaming, panting, swirling in the related Greek word thyella, or whirlwind. So instead of being angry or full of wrath, with hate bubbling over, thymōs can also be considered to be seen as “very passionate, intense, glowing, panting, bubbling, rapidly whirling.”

What about the other Greek word behind “indignation” or “anger,” orgē? Strong’s Concordance Greek #3709 says that orgē comes from to teem, to arouse, to swell up, as a ripening fruit fills up with juice, or even as a woman enlarges with a pregnancy. She swells up. It too can have the sense of “becoming excited.” So, the judgment day of God’s orgē can be the time when the ripening, the swelling, the maturing of a life comes to its high point—it is ripe, ready for plucking. And it can be a time when God gets very passionate or excited. This swelling excitement can be bad if it leads to a temper tantrum but the same root orgē for swelling up in anger is also used in English (and in Greek, orgasmos) for the swelling up in intense joy and excitement of an “orgasm,” intense pleasurable excitement. An action that also has panting, heavy breathing in excitement, showing again that both thymōs and orgē (that are used for anger or wrath boiling over) also can be descriptive of some very exciting emotions, glowing, swelling, bubbling, hot with a whirlwind of love.

When I read that Satan is revealed as intensely excited, glowing hot, breathing heavily, panting with mega-thymōs (great wrath) in Revelation 12:12, I can understand his “wrath.” And I fear it, knowing dragonic, devilish motives and intentions.

However, when I read that there is a “day of ripening, swelling, excitement ”(Romans 2:5) when God himself will glow, boil, bubble with red hot intense excitement, orgē kai thymōs (Romans 2:8), knowing God’s character as it has been revealed in Jesus, I no longer fear a “temper tantrum,” an out-of-control lashing out, a divine explosion. I look instead at a red-hot, glowing, intensely excited, climax to history, as excited and as focused as a laser. As exciting and intense as passionate love.

I’m told that thymōs is a masculine noun for passion, glowing, heavy breathing, excitement (including anger). Orgē is a feminine noun for the swelling up, ripening, excitement (including anger). Could this help us understand? Men and women can both be excited and burn with anger and indignation. But men and women can also be glowing, ripening with excitement in extreme effort, athletically breathing heavily, panting, “going for the gold,” or also in the passionate whirlwind of making love.

Now when I come to a Bible reference translated as “the wrath of God,” I remain in awe of this passion, but I no longer have to fear a diving temper-tantrum. I understand that orgē and thymōs can describe something beyond the huffing and puffing of the Dragon’s anger. They can be describing the intense excitement, the glowing passion of Jesus, who was seen in visions by John in Revelation (1:15) with feet “like bronze glowing in a furnace.” The prophet Ezekiel (42:11) “saw the glory of the God of Israel coming from the east. His voice was like the roar of many waters, and the earth shone with His glory.” Daniel saw (10:2) “his face like the brilliance of lightning, his eyes like flaming torches, his arms and legs like the gleam of polished bronze, and the sound of his words like the sound of a multitude.”

The orgē or thymōs (“wrath”) of God, revealed in the day of the Lord called (Romans 2:5) the day of orgēs (“wrath”), need not be anger as much as red-hot glowing of pure passion, excitement giving off illumination.

Would it not be better to speak of “The Passion of God,” or “The Intense Excitement of God,” about the red-hot glow seen by visionaries not as an “angry” “wrathful” God, but as a brilliant, shining, glowing, red-hot illuminating, gleaming God in his passionate whirlwind of love?

Try it. The next time your Bible presents you with a text translated as “the wrath of God” just do this: Cross out and write instead “God’s Intense Passion” or “God’s Whirlwind of Love” or “The White-hot Intensity of God.” See if this doesn’t help you really want to join the heavenly choirs when they sing:

Worthy is the Lamb, who was slain,
to receive power and wealth and wisdom
and strength and honor and glory and praise!” 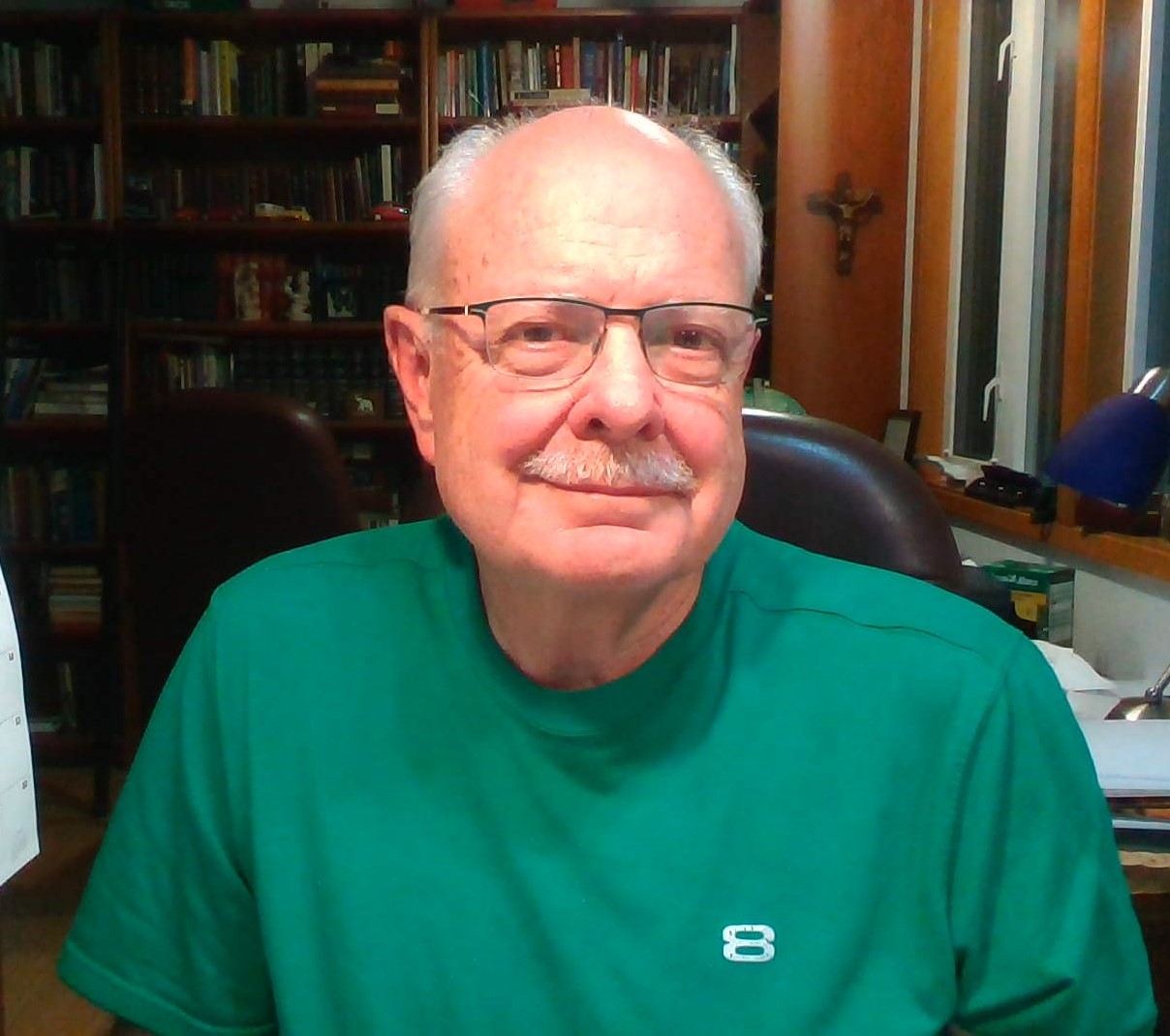