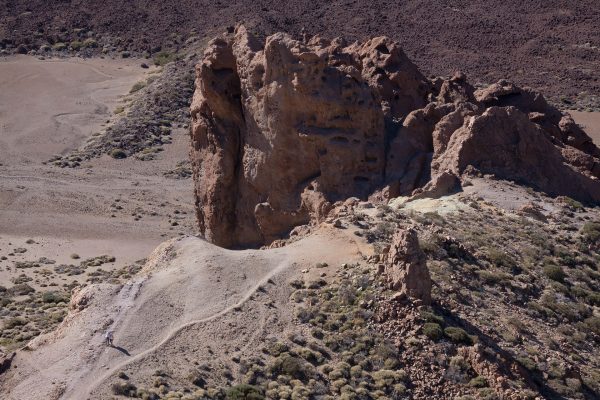 I’ve come to be by myself for a while, here with nothing but rocks and wind and scrub brush to distract. The people are so needy, and I care about them, but they are so wearing. I get tired and frustrated and find myself yelling at them. Not that they don’t need some stern warnings.

I’ve known about my special calling since I was a little boy. My mother and father each had a story to tell about my birth. Abba told about the angel who came while he was ministering, and the months of muteness that resulted from his doubts. I was always a little worried when I was little, that I might doubt and be struck silent like that.

Immi’s story was even more astonishing—the visit of Cousin Mary and the angel stories she told. Immi told me I jumped around like crazy inside her when I heard Cousin Mary’s voice. I used to try so hard to remember that.

I’m glad they brought me up on those tales—as an adult I don’t know if I could have believed them! I still repeat them to myself, since they died. I won’t forget. But if ever I had any doubts, I have lost them all since the Spirit manifested to me. Amazing. Unbelievable. And, paradoxically, undoubtable.

Sometimes it’s almost as if I hear a voice out loud with my physical ears. Like that time the Spirit said, “He on whom you see the Spirit descend and remain is the one who baptizes with the Holy Spirit.”

I lost my breath for a minute. I had known the time was near. After all, I’m the one who has been sent to be “the voice calling in the wilderness,” the one preparing the way. When I turned 30 and began to preach, as is the tradition among my people, I began watching, worrying that I wouldn’t know him when he came. So that promise was reassuring.

It’s a funny thing the way something you’ve believed in and prepared for your entire life can seem so astonishing and unreal when it finally happens. I felt I knew him the moment I saw him coming toward me—family resemblance, for one thing. I’ve always wanted to meet him in person. Within me I felt the stir that confirmed my belief, and I didn’t know what to expect. Perhaps that he would simply take my place preaching and baptizing, or something. Certainly not that he would ask me to baptize him!

I lost that argument, and when I saw the dove, I knew the Spirit’s word had been fulfilled. Then, God himself announced him from heaven! I felt any announcement of mine would be superfluous, but it is my heavenly commission. So I announced him too, as the lamb of God who takes away the sins of the world. I don’t know how many believed. There was certainly a stir of curiosity.

Today I was standing with Andrew and John and Jesus walked by again. I repeated what I had said: “Look, here is the lamb of God!”

And my two followers left me and went after him. I had to come out here to think and pray because of the odd mix of feelings that assailed me—joy and relief that they believed, at least enough to check it out, and a pang of loss.

It is well. My mission is fulfilled.

I must decrease and he must increase.

Thanks be to the Holy One.