The Troubling Persistence of Adventist Clericalism

A few days ago a friend sent me an article from the Adventist Review from 2016. It was an emergency bulletin from the General Conference officers who wanted to make sure that no one committed what would have been, to them, a terrible infraction.

“It has come to our attention that there was an omission on p.127 of the current Church Manual. The correction has been made, and a statement has been issued in that regard,” Hensley M. Moorooven, associate secretary of the General Conference of Seventh-day Adventists, is quoted as saying.

According to the article, written by Andrew McChesney,

The church said in a statement on its Adventist.org website that the section on page 127 now reads: ‘Who May Conduct the Communion Service — The communion service is to be conducted by an ordained/commissioned pastor or an ordained elder. Deacons or deaconesses are not permitted to conduct the service.”

This distinction bothered my friend. “Is this biblical?” she asked.

My friend would have been even more upset had she known the genesis of this breathless, pearl-clutching emergency: an anti-women push from the floor of the General Conference session in San Antonio. During a routine revision of the Church Manual section on the communion service, the denomination’s most anti-women figures—Doug Batchelor, Louis Torres, Jay Gallimore, and Clinton Wahlen—rose to oppose letting commissioned ministers (the category used for female ministers) lead out in communion.

Since 2005 the Church Manual had said that nearly all pastoral duties were open to ordained or commissioned ministers. But on July 6, 2015, these manly men attempted to get the word “commissioned” stripped from this section of the Church Manual. It was clear to everyone that this would prevent female pastors from conducting one of the most important services in the church, thus fatally handicapping their work.

(Remember this, Adventists, when you are about to send your donation to Amazing Facts: whatever you think of his evangelism, Doug Batchelor is the most influential person trying to keep women out of pastoral ministry, and indeed out of all congregational and church leadership positions.)

In the end, Batchelor and company did not prevail, but in service of keeping common people from blessing the bread and the wine, someone did slip in the words, “Deacons or deaconesses are not permitted to conduct the service.”

Who should conduct communion?

There is only one communion service described in detail in the Bible, and that’s the first one, recorded in the four gospels.

The person who conducted it was our Lord and Savior Jesus Christ.

That’s it. That exhausts what the Bible says about who can lead out in the Lord’s Supper.

Jesus led it. Then Jesus left.

So what happened to the Lord’s Supper as the church moved into a future without an in-the-flesh Jesus? We don’t know. There’s a reference in Acts 2:42 to the post-Pentecost Christians spending their time on “the apostles’ teaching,” “fellowship,” “the breaking of bread and prayer.”

Perhaps “breaking of bread” was a reference to the Lord’s Supper—though that introduces a whole slew of difficulties, since wine isn’t mentioned, nor the pedilavium (foot washing), and “devoting themselves to” sounds like they were having a great many Lord’s Suppers, more like the frequency of the Catholic mass than the simple object lesson we do a few times a year. It also says they did it in their homes (vs. 46), which leads me to believe that “breaking of bread” may have referred to having meals together in their little communistic paradise where no one owned anything and everyone shared everything in common (vss. 44-45).

So if they were having a formal Lord’s Supper frequently, enough that Luke can say that it was one of the things they were “devoted” to, who was leading out in all of these formal rituals?

The conduct of the Lord’s Supper

At this point in early church history, all of the laying on hands to bless leaders for service in the growing church were still in the future. As for the disciples-become-apostles, we know they almost immediately went out traveling as evangelists. So who could have conducted the service in all the places the church was growing?

The evidence would be on the side of whoever was present and willing.

Most of the mentions of the Lord’s Supper are in the gospels, though it’s also talked about in 1 Corinthians 10 and 11. Yet neither does Paul say a word about who gets to conduct it. 1 Corinthians contributes, as far as I can see, two things:

First, Paul supplies some words that we use in the ritual—which, it should be noted, don’t precisely match the ones Jesus used, and actually give it a slightly different meaning. According to Paul, we do it to “remember [or proclaim] the Lord’s death until he comes,” as opposed to the more sacramental notion of a magic substance for the remission of sin, which is how Roman Catholics interpret Jesus’ words.

Second, Paul says it is a symbol of togetherness and egalitarianism. This is symbolized by sharing one loaf, which we are to eat together—potluck style, if you will—not in cliques, not the rich getting more than the poor. It isn’t compatible with church fights, Paul says, or with some people thinking they’re better or more right than others.

To teach and demonstrate these things doesn’t require ordination. In fact, the second would argue in favor of the most dispossessed in the group being called upon to lead out—as Jesus said, the first being last and vice versa.

So from whence this notion that only ordained men can conduct the communion? It can only be an inheritance from Roman Catholic clericalism, and the teaching that the bread and wine were holy sacraments containing the essence of salvation, to be handled only by specially blessed celebrants.

Remember: the only celebrant identified in Scripture is Jesus. In case the point here has escaped you, ordination doesn’t make one into Jesus. If it takes a Jesus to serve communion, then we can’t do it here on earth anymore—not, as Jesus himself said, until we gather with him in “my Father’s kingdom” (Matthew 26:29).

Somewhere along the line the church substituted ordination for divinity, and let selected men carry on doing the Lord’s Supper. To this day, even in our Protestant church, we follow that line. We would deny that we believe in sacramentalism—the magical properties of the bread and the wine—but the rule that only ordained persons can lead out says otherwise. The idea is also preserved in our rule that leftover wine must be poured out and the bread burned, which has no support in Scripture whatsoever.

I’ll leave it to the historians to unpack the history of clericalism, but let’s just say that we have a lot to thank, or blame, our Catholic ancestors for. They were The Christian Church for over a millennium, after all. From them we got the most basic foundations of our faith, including the canon of Scripture, the Trinity, and the notion of a special church with specially blessed leaders who are a cut above everyone else.

I think a strong case can be made that our denomination, while officially decrying Roman Catholicism, has been bending in an unProtestant direction. To be blunt: the anti-women’s ordination effort is about preserving clericalism, in the process of which Silver Spring has exercised top-down denominational authority in a way that would have disappointed our pioneers. And this matter of who can serve the Lord’s Supper is a case study in how we’re following in the footsteps of our supposed enemy without even recognizing it.

I asked my friend what was behind her question. She told me this story, which I think illustrates beautifully the weakness of the denomination’s official policy that the Lord’s Supper can’t be experienced by ordinary people without a Church Certified Celebrant on the dais.

For about ten years, for a variety of reasons, we had church services in our home. Attendance varied between ten and 50, commonly around 25, but generally half of those who attended were not church members. We truly had a wonderful time together. Everyone knew we were Adventists and what we believed, but it was a delightfully happy arrangement, and I still miss it. (It ended because of my having to be absent to take care of some family problems.)

It was casual and fun. Sabbath School went on and on—countless times we ran right through the time when we should have had church, grabbed lunch, and kept right on going. We baptized people in the hot tub or the lake. We felt we had a place we could bring someone: safe, warm, and we didn’t all have to agree. It was a warm, close, and happy fellowship.

We had no elders, just a retired pastor who visited us once a month. One Sabbath we’d asked him to conduct communion for us. He and his wife brought the emblems—but then the pastor turned to my husband and me and asked us to conduct the service and serve the bread and wine to the believers!

I was taken aback. But he told us that was what would have been done during the rapid spread of Christianity in house churches in the 1st century. So we did it! That day, while distributing the emblems, I was overwhelmed with a deep understanding of what Christian service is—its cost and its joy. It was a life-changing moment for me.

It did not seem wrong to me then, and still doesn’t. In fact, it seemed just the right thing to do. We had brought people into our home—to serve them. And so we did.

When only leaders, male elders, or pastors are asked to conduct the Lord’s Supper, perhaps we forget that we are all to serve one another.

Right now, when families aren’t going to church because of COVID-19, why can’t they celebrate the Lord’s Supper at home without the help of an ordained leader? Especially in light of the pedilavium that accompanied the first Lord’s Supper, it’s hard to justify the cut-above-the-rest clericalism that is implied in the Church Manual statement.[1]

The various meanings of the Lord’s Supper, as expressed by Jesus first, and reinterpreted by Paul, are about service, humility, unity, togetherness and fellowship—not denominational authority. This rule puts an unbiblical barrier between people and an important expression of the gospel. My friend said it this way:

The early church was explosive, and simple. It seems to me the original good news is that Jesus loves me, and that Jesus loves you through me. Perhaps we are too much in the way. Sometimes it seems the heart of the gospel is obscured by institutional additives. Does the gospel need additives? We don’t like additives in our food. So why in the gospel? 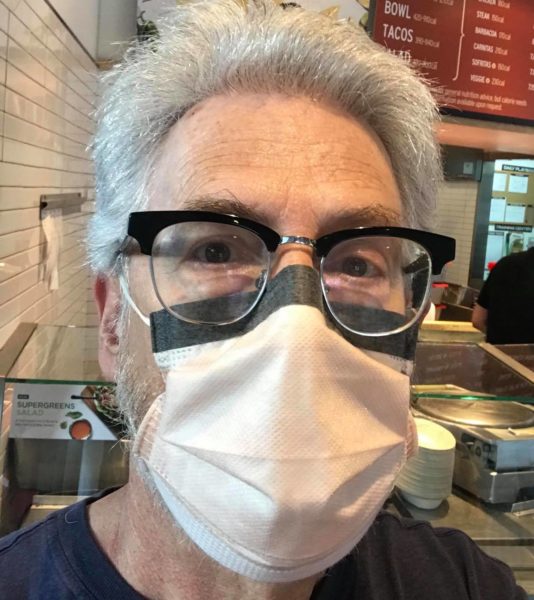 Loren Seibold is a retired pastor, and the Executive Editor of Adventist Today