By Dennis Hokama, July 5, 2015 [Updated July 10]:   I would like to make some observations regarding the Treasurer’s Report at the General Conference Session (GC) in San Antonio.

We often see world membership data broken down by region as well as gross regional tithing data at General Conferences, but seldom, if ever, do the twain appear to meet. The present analysis represents a synthesis of data from “Delegate Information” which contains world membership data used to justify delegate representation and the “Treasurer’s Report.” I entered the relevant numbers from both reports into a spreadsheet. Here are two tables of these figures: one ranks the regions by membership. The other ranks them by per capita tithing. Some observations will then be made. 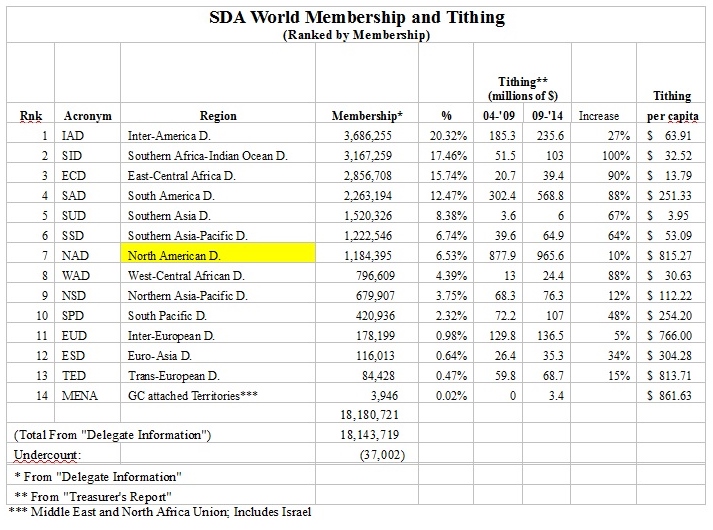 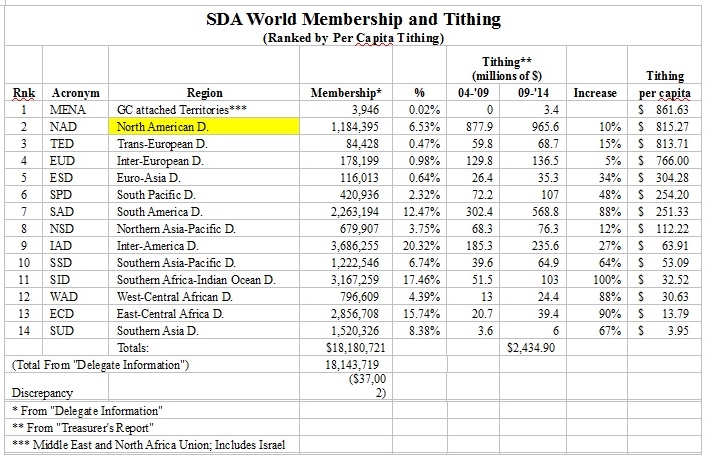 This second analysis attempts to get an overview of the financial picture of the various world divisions and their financial dependence on GC regular subsidies, or what the Treasurer’s Report calls “appropriations.” It is based upon financial data provided on p. 20 of that report, as well as “Delegate Information.” In order to fit all the data on one page, the full regional names were omitted (Please see Treasurer’ report I for that). This time the various world regions have been ranked in their inverse order of dependence on the GC. The division budgets were algebraically inferred from the Treasure’s report. Here is the data, and observations follow. 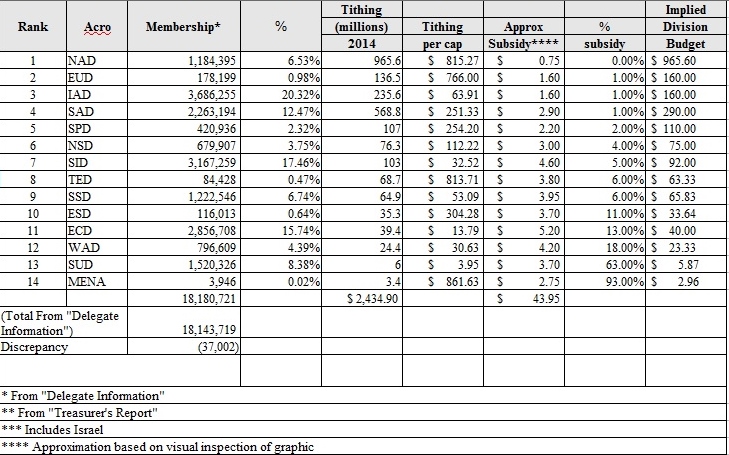 Women’s Ordination in Adventism: Unity vs. Culture [Updated] Major New Study of Ordination: Should It Be Read Before You Vote?