The Tale of a Very Moral Country

This is a story of a country—a deeply religious and very moral country. Perhaps the most moral country that ever existed. A country where hundreds of laws were developed to prevent its citizens from the least appearance of sin. The religious leaders paid tithe on their tiniest coins. They said long prayers and fasted two days a week. They were scrupulous about charity and good deeds. They believed that if they multiplied moral laws and they obeyed God perfectly enough, God would “forgive their sins, and heal their land.”

There were two primary social and political parties in that country. One was the recognized moral authority—conservative fundamentalists—and made it their mission to ensure that the people of the country were constantly focused on obedience to the law. They enforced 613 moral laws, and hundreds of supporting regulations. There were 39 laws related to the keeping of the holy day, alone.

The other party was comprised of the socially elite, the rich and the politically powerful. They controlled the economic wealth of the country. Among this party’s prominent members were the country’s religious leaders. This included the all-powerful national religious leader, the man all the people were forced to turn to for forgiveness of sins and salvation.

This party was known for its conservatism. Its members were closely allied with the government and were zealous in maintaining this relationship. They understood well that their political and economic power that depended on it. They lived in extravagant luxury unimaginable to the common people.

These two parties were constantly at war, and agreed on virtually nothing. They had different views on the law, on purity, on life and death. They were poles apart socially and economically, and in their world view.

But the two parties did agree on some things.

Both parties despised other races and cultures as inferior. They would not eat with people who were not of their race and their faith. They considered them “unclean” and went out of their way to avoid even speaking to such people.

Both parties had deep contempt for women, and regarding them as somewhere slightly above the rank of slaves. Many did not believe women should be educated, even about the Bible, and women were prohibited from worshipping with men. Women were considered lascivious temptresses, whom men would be wise to avoid except for the purposes of procreation. They were considered unfit to have any life outside the home. Both parties emphatically agreed that men were to rule over women in all circumstances.

Both parties agreed that “sinners” who did not participate in their meticulous piety should be shunned, condemned and excluded from community social and religious life.

Both parties believed that wealth was a sign of God’s blessing and approval, and both enacted and supported laws favoring the rich over the poor. They joined in promoting a social and religious system which allowed the religious leaders to make spectacular profits from the worship of the poor.

The pious party overturned the religious law which required periodic equalization of wealth, and ruled that a gift to the clergy overrode a man’s moral obligation to care for his parents. The wealthy party profited immensely from these religious services, selling the necessities of worship at inflated prices and changing money at exorbitant rates.

And they both emphatically agreed on their hatred and fear of a poor itinerant leader, loved by the common people, who taught dangerous social and religious heresies. They knew he must be stopped before his radical teachings completely undermined religious, social and economic system which supported all of them—before his evil, apostate teachings called down upon them the judgment of God.

He talked to, associated with, even healed, ungodly foreigners and racial inferiors.

He healed a servant belonging to one of their despised foreign enemies. He lauded the bravery and compassion of a member of a hated foreign race, and ridiculed the cowardice and callousness of his country’s religious leaders.

He allowed women to follow him, and support his mission. He even allowed a known prostitute to touch his feet with her unbound hair in public, and rescued an adulterous woman from the righteous punishment prescribed by the law! He allowed women, even foreign women, to listen to his teachings, and even debate with him!

He undermined their religious laws by his subversive example of healing, traveling, even threshing wheat on the holy day, when any work was strictly forbidden.

He touched those who were sick, afflicted and unclean, violating the strictest public health prohibitions.

He attracted a huge following among the people which undermined popular support for the required religious rituals.

He supported the rights of the poor against the rich, and had the unmitigated gall to suggest that a generous poor woman could be more righteous than a wealthy ruler.

And, most damning of all, he openly spoke against the system of religious rituals which supported them economically and politically. He dared to compare them to thieves when they were merely reaping the inevitable rewards gained by their superior intellect and social standing, political power, and the blessing of God!

And so, to protect their morality—and, incidentally, their political power and their ecclesiastical wealth—they killed the Son of God.

And then went home. To keep the Sabbath. 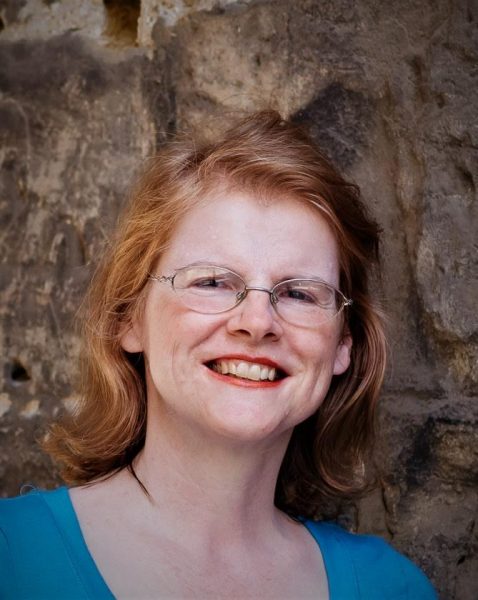 Sonja DeWitt, Esq. is an attorney specializing in discrimination law. She has handled Equal Employment Opportunity (EEO) cases, both for private sector companies and federal agencies, for over 20 years. She is passionate about religious liberty, and was involved in the North American Religious Liberty Association’s political advocacy efforts for several years. During this period, she received the A.T. Jones Award from NARLA for her advocacy work. She has also been published in Liberty Magazine and ReligiousLiberty.TV.