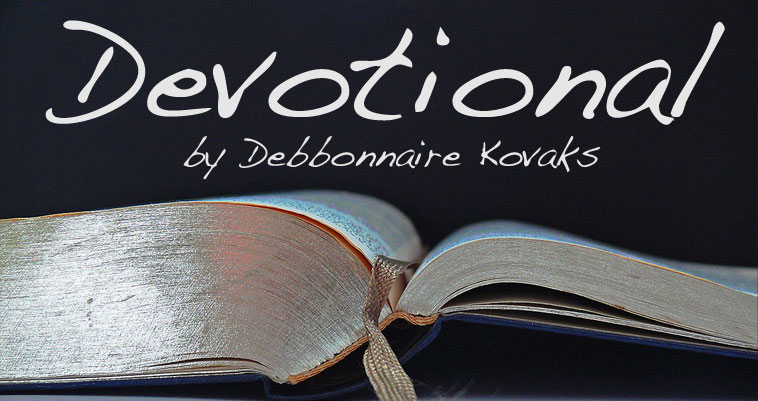 [To read earlier chapters, scroll down in Devotionals menu list.]

“Where’s your Yeshua and His heavenly Father now?” screamed Shem.

“Shem!” The strength of Jemima’s voice startled everyone. “Calm yourself, my son.”

“Calm myself!” shouted Shem. “We’re going to be murdered, and God doesn’t even care!”

“If we are to die, let us not do so while blaspheming,” said his mother calmly. It was as if she didn’t even notice the cutthroat who had her in an iron grip. “The Almighty is here, and everywhere. His purposes are not ours to question.”

The leader of the gang seemed to enjoy this byplay. “So. “He grinned at Jemima. “You think I’m part of God’s plan, and you—” he turned to Jonathan, “—love me. Do I understand correctly?”

Jonathan felt as if he had turned into a pillar of salt, like Lot’s wife. He couldn’t move or speak. He could barely think.  But he could hear Yeshua saying, “Love those who hate you, pray for those who despitefully use you.” He was not sure he could love these men. But perhaps he could pray. He forced his stiff lips to move. “Blessed art Thou, Lord our God,” he cleared his throat and tried to speak above a whisper. “Creator of the universe…” Every eye turned his way, and he could see Jemima’s lips moving with his words. “Who has sanctified us by Thy commandments, and—and…bade us remember that we were once strangers and aliens…” What else? What could he say? The thieves were still laughing.

“This is ridiculous!” shouted Shem. “Do you think this will save us? You’ll only seal our fate!”

Jonathan looked at him. “I don’t think Yeshua meant if we loved, everything would be fine. He just told us to do it.” He struggled to find more prayers to say.

“And thy neighbor as thyself,” added Jemima.

The leader raised his knife and charged Hiram. “It is good to die praying!” he snarled.

“Papa, Papa!” Everyone in the courtyard froze again. Hiram’s heart stopped, and his veins filled with ice. The leader’s grin returned.

Who was he talking to?

Hiram’s eyes went to Judith’s white face. He had never felt so furiously helpless in his life.

“Papa!” Micah’s voice was closer now. “Where are you? We have guests!”

Hiram turned to the door as slowly as if he were trapped in a nightmare. Micah appeared, holding a man by the hand. There were other men behind him. “Sir—” Hiram choked. What could he say? Could he signal them to get help? But before he managed to get out any coherent words, the man stepped through the door and walked into the courtyard as if he owned it. His friends stopped behind him, looking startled and worried.

“What is going on here?” the man asked. His voice was quiet, but no one felt inclined to answer it. To Hiram’s shock, as the man’s gaze swept the courtyard, the thieves’ eyes fell before his, and their weapons dropped to their sides. “Let them go,” said the man, and they did.

In seconds, the courtyard had rearranged itself. Judith and her children were clustered into Hiram’s arms. Shoshana and Jonathan clung together. The gang had gathered into a knot by the gate. Shem stood alone. Jemima moved as if drawn by a magnet to where the gang leader and the new visitor stood face to face in the center of the courtyard.

Eyes widened. This was the Teacher?

He didn’t seem to notice them. His attention was on the robber chief. He held out His hand. Without a word spoken, there seemed to be a battle going on. Yeshua gazed at the robber. Those who saw His face knew that it was really true—He loved this man! The thief swayed toward Him, then took a small step. Seconds passed.

“No!” shouted the thief. He seemed to wrench himself away from Yeshua, even though Yeshua had not touched him. He waved an order to his men and they turned to flee. As the leader passed through the gate, he turned back as if compelled.

The thief’s face darkened. “Don’t bet on it!”

Yeshua smiled almost wistfully. “I’m betting my life on it!”

The thief growled an order, and he and his men disappeared.

Yeshua turned to face the family in the courtyard. He smiled at old Jemima, and took her hand for a moment. His eyes moved to Hiram, still clutching his family, and they felt as if He had released them from something more than a threat to their lives. He looked at Jonathan and Shoshana, who had drawn apart in embarrassment.

“You knew exactly what to do,” said Yeshua, coming to put a hand on his shoulder, “and you did it excellently! You all did!” His smile took them all in, and made the sun seem brighter.

Then He looked at Shem, still standing alone. The others looked, too, and saw to their shock that there were tears in Shem’s eyes.

“Oh, my boy!” murmured Jemima, hurrying to put her arms around her youngest. His family were even more surprised to see him hug her back. Yeshua held out a hand, and Shem reached over his mother to grasp it. His lips trembled, but he said nothing.

“It will be well,” said Yeshua, and the sunshine grew warmer still. The men who had remained near the kitchen door stirred, and Yeshua said, “We are on our way to Jerusalem. Do you have room for us? There are thirteen. We are perfectly happy to sleep in the courtyard.”

Hiram shook himself. He still had a business to run, thanks to this Man! “Lord,” he bowed low, “You and Your friends may stay in my best chambers, for as long as You like, for no charge! Judith! Girls! Food for the gentlemen! Shem, show them where to go! Jonathan, lie down before you fall down! It appears you and I need to have a talk,” he added, watching Shoshana take Jonathan’s arm to help him back to his mat.

Hiram chuckled. He followed Yeshua out to the main courtyard. “Sir—I can’t thank You enough! If You hadn’t just happened to be here—”

Yeshua looked at him. “I never just happen to be anywhere,” He said. His eyes went past Hiram to the front gate, and Hiram turned. The Samaritan! He was back! And with him was—Hiram’s jaw dropped.

The Samaritan saw Yeshua. “Master! How good to find You here! This man was outside the gate. He was afraid to come in. I assured him You would be delighted to see him.” He gently pushed forward one of the thieves from the gang. Yeshua met him halfway, joy in His face.

The Samaritan smiled on them, then came toward Hiram, whose mouth was still hanging open. “Well, host, how is our patient, and how much do I owe you?”

The world spun around Hiram, and everything shifted. He straightened, feeling as if he had grown six inches. “He’s fine, and you owe nothing. I owe you! Please, sir, eat with us!”

He turned toward the kitchen. “Judith!”