A certain Adventist university teacher likes to start his religion classes by asking students to complete the sentence, “A Christian is one who…?”  What verb(s) would you use? We like short, simple formulas for weight loss, exercise, investing, and happiness, so why not one for religion? Another version of that question is "what do you have to do to be ready when Jesus comes?" People have probably been asking questions along those lines for thousands of years.


In Luke 10:25, a lawyer asked Jesus, “What must I do to inherit eternal life?” and ended up answering his own question: “You shall love the Lord your God with all your heart…and your neighbor as yourself.” Jesus told him, “Good answer.” The lawyer, though, wanted more specifics, or a narrower specific. “Who is my neighbor?” In answer, Jesus told a story about what we usually refer to as “the good Samaritan.” A half-dead person was ignored by a priest and a Levite, only to be rescued by a Samaritan, who went out of his way to treat the injuries and take the poor fellow to a place where he could recover. The Samaritan even made arrangements for the financing of the future care. At the end of the story, Jesus asked the lawyer which of the three possible helpers was a neighbor to the injured man. The lawyer managed to refer to the Samaritan without mentioning his religion (or ethnicity), and Jesus advised the lawyer to follow the example of the Samaritan.

I submit that for many of us the story of the good Samaritan is like a bottle of soda pop that has been left in a glass too long.  Much of the fizz, the punch, is gone. The word “Samaritan” does not anger or disgust us; in fact, we think of it as a rather positive term. Thanks to this story, Samaritan and good are inextricably linked for most of us, in the same way that Romeo and Juliet are paired. We even have Good Samaritan laws. But that’s not the way Jesus’ hearers thought of Samaritans.

Samaritans were looked at by Jews as pagan hybrids. They were descended from Israelites but had been mixed with foreigners. For religious beliefs, they had combined the Pentateuch with religious beliefs from non-Israelites, rejecting all other Israelite writings. Jews traveling between Galilee and Judea would cross the Jordan River to avoid having to go through Samaria. With a history of problems because of picking up the bad ways of non-Israelites, the Jews kept their distance from Samaritans whenever possible. So when Jesus told a story in which a Samaritan was the hero, it hit the lawyer’s prejudice. How could he pronounce the Samaritan as the good guy, the hero? That would be saying something positive about a heretic, someone who was theologically awful and should have known better.

How about if we update the story with words that would provide more punch, that would make us ask, “The good WHAT?” How about if a Baptist went by the fallen victim, and then an Adventist ignored the poor fellow, and then an atheist took him to a hospital and arranged to get him taken care of? “Which of these three . . . was a neighbor to the man who fell into the hands of the robbers?” Would we use a roundabout answer so that we wouldn’t end up endorsing an atheist?

You can get a similar impact by substituting other words for Samaritan. What if a homosexual, an evolutionist or a Muslim rescued him? Can we allow that? Those people believe things that are “wrong.” So did the Samaritan. But Jesus described the Samaritan as a model to follow. In John 4:22, Jesus criticized the Samaritan religion but he still put his stamp of approval on the Samaritan here. The Samaritan didn’t just believe the wrong things; he also didn’t follow all the rules that the Jews did. But Jesus pointed to him as an example.

Giving the correct answer to a theological question is often considered to be the ticket to heaven. In other words, the logic for many is that God is not about to allow someone into heaven who doesn’t properly understand the atonement. In that case, I suspect most members of the Adventist church (or any other denomination) would be in trouble. The magic formula for some, though, is more concerned with practice than theology: for instance, those making it to heaven will at least keep the correct day of the week as the Sabbath, because so many Bible texts refer favorably to those who keep God’s commandments, and isn’t it obvious that the main commandment that gets broken is the Sabbath one?

It seems that most of us agree that a good Baptist can get to heaven even if he misunderstands the Sabbath, as long as he can plead not guilty because of ignorance. At least a Baptist is a Christian (never minding his understanding of justification and sanctification). But I’ve read and heard less allowance for those who are not members of a Christian denomination, apparently because of their theological deficiency. And believing in evolution (well, macroevolution) is considered to put one into the same camp as serial murderers and pathological liars – no hope. And practicing homosexuals are classed with evolutionists, regardless of how well they understand justification and sanctification.

So we may not be leaving ourselves much room to replace “Samaritan” in Jesus’ story. Good Samaritan is a safe term; it doesn’t challenge us the way it did Jesus’ hearers. But if we can’t find a word to substitute for Samaritan that will give us a reason to examine our theology, maybe that in itself is a reason to examine our theology. When Jesus talked about the sheep and the goats (Matthew 25:31-46), he described the sheep as people who went about doing good – providing food and clothing and friendship for people who needed such. If I smugly look down on my neighbors who are doing more to help people than I am (but who can’t explain the atonement properly or worship on the right day or eat the right foods), might I benefit from a change of focus? It might be enriching for me to spend more time reflecting on Jesus’ teachings (such as Luke 10 and Matthew 25) and less time on some of the theological passages in say, Romans. 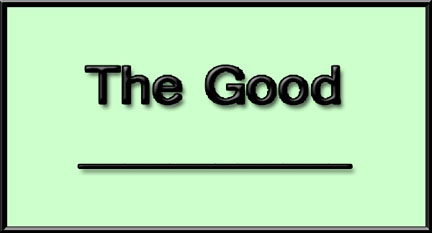 That doesn’t mean that beliefs and practices don’t matter. Doing what we know is wrong has consequences. But maybe some people or groups that we are sure will end up in hell are people who are more similar to us than we realize in struggling with bad habits and conflicting beliefs. If Jesus were to tell that Luke 10 story to us today without using the words “priest,” “Levite,” and “Samaritan,” what might he use in their place? Priest and Levite are easier for us to replace, but Samaritan? Maybe those people we’ve written off spiritually would replace the Samaritan, to give us a bigger picture of what God is really looking for, of what a Christian really is.