The Future Is Sure Because the Tomb Is Empty 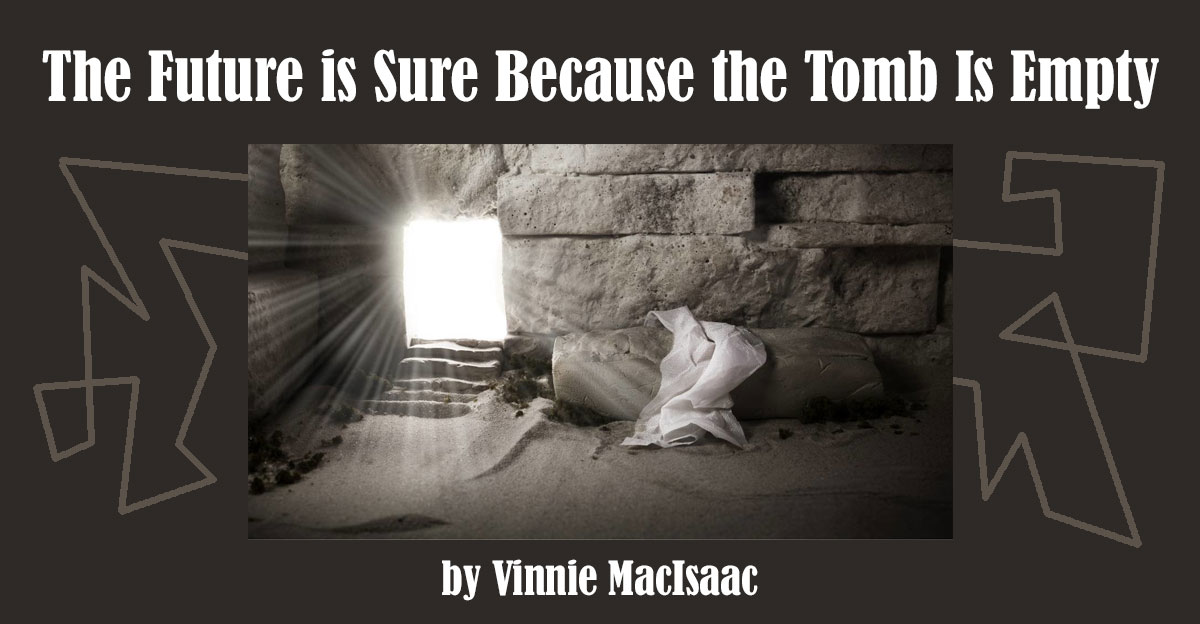 It’s been a dark run. The night has been long, and the promised dawn delayed.

Living in the shadow of uncertainty while forced to exist with depleting reserves of stamina is not sustainable no matter how many mornings you get up and tell yourself that you have to do it anyway. You promise yourself that the struggle will soon be over, but that doesn’t make today any more tolerable—nor does it ensure an optimistic forecast for tomorrow.

Some days during the pandemic it felt like everyone was divided. Some days we had the misery of the pandemic compounded by community afflictions, like the murder of George Floyd, the anti-vaxxing insurrection, and nations literally teetering on the edge of World War III.

And those are just a mere few of the shared stressors, without even getting into the individual traumas you may have endured in the last few years.

Yes, I know, you are waiting for me to say, “But it is getting better.” “It’s almost over.” “It won’t be long now.” But that kind of sounds like some sermons I have heard, sermons with vague promises of a better future that are delivered to rally the troops. I am an Adventist pastor, and I understand the power of a well-thought-out “Blessed Hope” or “Signs of the Times” sermon. Yet the truth is that Covid-19, like all of our shared stressors—like sin itself—will likely be with us in some form or another until the end.

That doesn’t mean it has to rule over us, but it does mean the effects are going to be with us much longer than any of us dreamed. The long term mental and emotional health damage alone should be one of our biggest concerns. And that’s not even to mention the sociological impact—changes that could represent the biggest cultural shift since the printing press. (For example, how many Zoom meetings and church services have you attended?)

My point is that pain is lasting, not fleeting. Real pain needs more than pie-in-the-sky vague promises to get you up in the morning. Real pain, if it is to be lived through, broken out of, and endured, requires the kind of down payment on hope that will take more than a good sermon series from your pastor (no matter how good he or she is in the pulpit). It takes proof, not just promise.

When I talk about pain, I only bring up the pandemic, because it is the one shared pain point that literally every person on the globe can relate to. But that doesn’t negate all the other pain in the world! Some live in chronic abuse, or struggle with chronic addiction, or trauma, or self-esteem issues. Some strive against their very flesh and nature, while others are the victims of those who are self-centered and don’t care what happens to them. (Picture a Russian dictator here, who kills civilians wantonly.) Poverty, oppression, racism, and all forms of injustice thrive on our globe.

It’s been a dark run. The night has been long, and the promised dawn delayed.

The tomb is empty

Living in the shadow of uncertainty while forced to exist with depleting reserves of stamina is not sustainable. That is why the tomb is empty. That’s not a vague promise of a deferred future by a preacher trying to rally the troops. It’s done. It’s happened. It’s paid in full. It’s finished

The tomb is empty, that you may be full. It’s not a promise that it will be empty. The historical Jesus being crucified under Pontius Pilate is as close to a historical fact as history can produce.[1] We believers take the resurrection on faith—and why shouldn’t we? Because we know He was crucified. The missing bodyHis followers’ consistent testimony, and even His greatest enemies’ claims (even Saul, a blood-hungry persecutor of the church turned believer and witness of the resurrected Jesus) all say He overcame the grave!

The trick to overcoming the ominously gloomy glow of this fallen world and its real lasting pain is not in looking towards what is yet to be completed, but what has already been completed!

Prophecy gives some beautiful promises. Needed promises. Prophecy’s promises are, I believe, true promises. But the promise of the empty tomb is not something we await in the future, or even in the present. It happened in the past, it is present with us now, and it will bring us to the future. That Jesus’ tomb is empty says that Jesus has already overcome the grave.

And that He has overcome the grave is also certainty of the eschaton to come.

It’s been a dark run. The night has been long, and the promised dawn delayed. Living in the shadow of uncertainty while forced to exist with depleting reserves of stamina is not sustainable.

That is why we remember that the tomb is empty.

Vinnie MacIsaac is the pastor of Solid Rock Seventh-day Adventist Church in Arlington, Virginia. He blogs at SimplyVinnie.com. He has a podcast at simplyvinnie.podbean.com, and his TikTok is simplyvinnieblogs.