The Crucifixion Is the Making of a People

Why did Jesus die for us? What did his death actually accomplish?

The Bible gives us a plain and simple reason: “Christ died for our sins in accordance with the Scriptures” (1 Cor 15:3).

The challenge is to unpack this statement. What does it mean to die “for our sins”? If you can answer this exhaustively, let me congratulate you for having solved an age-old mystery which continues to divide theologians and make a lot of them scratch their heads. The question is usually referred to as “the doctrine of the atonement,” and there are several competing theories.

Some hold that Jesus through his death accepted the punishment that was due all people, and, therefore, believers in him are now off the hook. This is usually referred to as “penal substitutionary atonement.” We are saved because Jesus was condemned in our place. This was what I was taught as a Christian youth.

I have discovered that this view is challenged by many, and for good reasons. Are we suggesting that the cross is God’s punishment? This emphasis, though common in evangelical preaching, is lacking in the gospels. The cruelty of the crucifixion is a reflection on humanity’s evil, rather than God’s need for punishing someone in order to save humanity. God did not kill Jesus. Sinful humans killed Jesus (Luke 22:53; 24:7; Acts 2:23).

Yet, it is hard to deny that the idea of a substitutionary death seems to be present in Scripture whether we think of Barabbas, who walked away from his just punishment that day (Matthew 27:26), or the servant-prophecy of Isaiah which says, “He was pierced for our transgressions; he was crushed for our iniquities” (Isaiah 53:5). And of course, our understanding of the sacrificial system as typology, symbolic practices in the Old Testament that point to the fulfillment in Christ, relies heavily on this notion of substitution. Jesus substitutes for humanity in the same way a sheep or a goat would have been substituted for the sinner in a sin offering (Leviticus 4).

A different view on the crucifixion has gained prominence, however—usually referred to as “Christus Victor.” The view is that by dying on the cross, Jesus was victorious. The strength of this view is in all the Scripture passages that support it. In talking about his upcoming death, Jesus announces, “Now is the judgment of this world; now will the ruler of this world be cast out” (John 12:31). Jesus came into the world in order to “bind the strong man” and “plunder his goods” (Mark 3;27). Satan has somehow made himself the Lord of this world, claiming that everything belongs to him (Luke 4:6), but Jesus won’t have it. In his death he reclaims what is rightfully his and becomes the world’s new Lord. He says as much to the disciples when he is risen, “All authority in heaven and on earth has been given to me” (Matthew 28:18). This truth becomes the basis for mission work. Jesus is Lord, so go and declare it to the nations and teach them to obey and follow. Christ’s death is a gospel of victory over evil and over death.

There are certainly other things to be said about what Jesus achieved on the cross, but these are the main theories. Though some theologians argue in favor of one theory to disprove the other, I suspect that most of us will be happy to admit that both theories have some validity and it would be preferable to combine them and not totally dismiss either one.

But is there some concept that connects and include these different perspectives? Perhaps you wonder if Jesus explained it at all? And if he did, why are we even discussing it?

In a wonderful book entitled The Death of the Messiah and the Birth of the New Covenant, Michael Gorman suggests that Jesus’s own brief explanation of what his death achieved will bring together all the different perspectives of the atonement.  He says that Jesus explained the atonement not as doctoral dissertation, but in a meal. What does it mean that he died for our sins in accordance with Scripture?

Jesus says a few words regarding his death in each gospel, but enough to guide us in a direction when we turn to the Scriptures.

This is my blood of the covenant, which is poured out for many. Mark 14:24

Drink of it, all of you, for this is my blood of the covenant, which is poured out for many for the forgiveness of sins. Matthew 26:27-28

This cup that is poured out for you is the new covenant in my blood. Luke 22:20

The important clue is “covenant,” and according to Luke, the “new covenant.” The word recalls the entire narrative of Israel, the people who entered a covenant with God at Mount Sinai after being delivered from Egypt, with the use of the symbol of blood. Blood had saved their firstborn from the angel of death (Exodus 12). And at Sinai, Moses sprinkled blood on them, saying, “Behold the blood of the covenant” (Exodus 24:8).

I sometimes get the impression that Protestants (including Adventists) think of covenants as sets of rules on how to be saved. That was not the issue for Israel, though. They had already been saved from Egypt. The question for them was simply, “What happens now? What will this deity do with us?” And God’s answer was that He would be with them (Exodus 25:8). He would dwell in their midst; they would carry his Name. They would be his people.

When Jesus refers to a new covenant, however, our attention turns to later stories about how Israel rebelled against God and God sent prophets to call them to repentance. Of course, it was futile. They would not turn back to God, and so exile was inevitable. But the prophets made other promises, too, not least the promise of a new covenant (Jeremiah 31; Ezekiel 11; 36; 37; Deuteronomy 30).

The new covenant should really be understood as a renewed covenant, though with an important improvement. The new covenant is “not like the covenant that I made with their fathers on the day when I took them by the hand to bring them out of the land of Egypt, my covenant that they broke” (Jeremiah 31:32). The obedience is the key difference. Disobedience meant the end of the old covenant, the destruction of the land and its people. That will not be the end result of the new covenant. God is going to make a people, and this time it will not end in failure.

When Jesus declared that his blood is what makes the new covenant, he is echoing the first covenant and delivering on the promises of a new. Gorman explains that “the new (or renewed) covenant is a transformative, even a creative, act that generates a renewed covenant people of God” (page 26).

Remember how Jesus said that his death would bring judgment on the ruler of this world? The next thing he said was, “And I, when I am lifted up from the earth, will draw all people to myself” (John 12:32).

Being lifted up, whether on the cross or at the ascension, Jesus is drawing people to himself from all the nations. The death of the Son of God is the birth of a new covenant community. It is in fact a new humanity. Paul refers to this concept when he says that Jesus came to “create in himself one new man” on the cross, bringing together Jews and the nations (Ephesians 2:15).

Drawing on the prophecies regarding the new covenant, the people can be described as “liberated, restored, forgiven, sanctified, covenantally faithful, empowered, missional, peace-filled and permanent” (Gorman, page 27). They love God and they love their neighbors. They are the kind of people that the world needs right now as we anticipate the full coming of God’s kingdom.

This Easter season, as we focus on the cross we will be reminded of numerous sermons we have heard on the topic. What did it achieve? How does it save us? We are once again reminded that he died for our sins. I believe we will not be rid of the mystery of what that means, at least not on this side of the Second Coming. But we should be encouraged by it and see it as God’s means of bringing all of us into his household. Because of Jesus’s death we can enter into a never-failing covenant relationship with God. His blood has created a new humanity, and we get to be part of it. The bread and the wine represent his extended invitation to all of us. Join the new covenant. 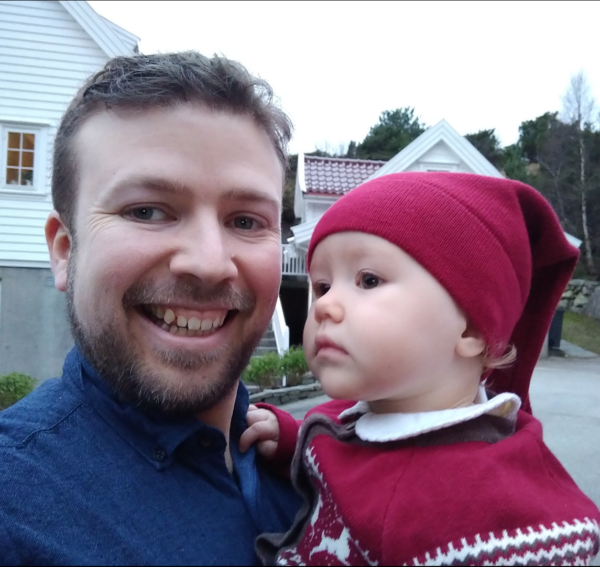 Lars Dorland is the pastor of two churches on the west coast of Norway, and has a Norwegian podcast called “Jesus er Konge” (“Jesus Is King”). He’s married to a psychologist, and has a daughter and a very large dog.