The Bible as Divine Abstract Art

A friend of mine tells a story of going to a gallery show of abstract artworks by an artist friend of his. One of the large canvases he found especially striking. It had a white background, and some very flowing, vigorous figures in the foreground that, he said, immediately struck him as the foreparts of running horses. As he circled the room admiring the pieces with the artist, he mentioned his strong sense of that particular picture being so clearly wild horses, their manes flowing in the wind. The artist, surprisingly, wasn’t responsive to his impression—and actually seemed put off by it. “That’s not what it is,” he said. “To me it’s an overall feeling of motion and energy. It’s just an emotion, not a scene intended to represent anything.”

Who was right? My friend, who enjoyed it as horses, or the artist, who insisted it was just an ambiguous shape? Perhaps both?

Can the Bible Be Understood That Way?

I’m wondering if perhaps the Bible can be thought of as an abstract work of art: open to varying interpretations like an abstract painting or sculpture. The evidence is that the Bible means so many different things to different people. There’s an astonishing variety of churches and denominations, from Catholics to Evangelicals, from Jehovah’s Witnesses to Mormons, Seventh-day Adventists to Southern Baptists, and so on. Interpretation by these many groups has led to diverse beliefs and dogmas throughout history, all under the banner of the one Bible.

It is not too far-fetched to posit that, since the Bible is not only large and diverse, but ambiguous and abstruse, one can interpret it and explore its meaning beyond the actual written word. And as with abstract art, who can say if there is only one right way to understand it? Perhaps there are several ways, as long as love is there at the core.

This leaves a lot of room to appreciate the Bible in a lot of different ways.

The problem, though, is that sometimes people use the Bible in very hurtful, damaging ways.

Mark 12 tells the story of a widow who gives just two small coins for her offering. This story is sometimes used by ministers to encourage people to pay tithes and offerings, and to do it sacrificially— perhaps to give more than is prudent to the church. But if we read on either side of the story, we see that Jesus was not talking of the generosity of the widow, but of the church leaders taking advantage of poor people like widows, leaving them impoverished while they maintained their enormous temple (which, we find out in Matthew 24, will ultimately be destroyed anyway.)

1 Tim 2:11-15 is often used to say that women shouldn’t teach. Yet there is at least one example in Acts 18:26 of Priscilla teaching Apollos. Obviously, Paul was talking about some specific circumstances in Timothy, and outside of this situation, that rule doesn’t apply.

These are examples of using the Bible for less than good purposes, it seems to me.

You’ve heard of the Rorschach inkblot test, which is used to understand how a patient’s mind works. The patient is shown a figure that is ambiguous, and the brain gives it a meaning and identity. How you perceive it is a reflection of something deeper inside of you, perhaps even things you’re not consciously aware of. The test says more about the person who is looking at it than it does what is actually in the picture.

Like the inkblots, what you see in the Bible says a lot about you.

Diverse Christians truly are different branches from the same true vine, with Jesus being the vine and God as the vineyard keeper (John 1:1-8). Christian groups are all part of the same body, all forming one church. Paul states this in very simple terms.

Unity will only come within the Christian Church when it accepts that there are differences in how we interpret the Bible, and understand the reasons for these differences. There is no one truth, it seems to me. There cannot be one truth, unless it is in these words of Jesus:

Saint Augustine once wrote, “The Holy Scriptures are our letters from home.” This statement resonates with me. It tells me that the Bible is alive and active and should communicate on a personal level. God is talking to each person individually, one on one. Therefore it will mean something distinctive to each person. Nothing is fixed; it is fluid. It is a continuing conversation between oneself and the Divine.

Does anything more need to be said? Maybe just a couple of quotes.

The German philosopher, Friedrich Wilhelm Nietzsche said, “There are no facts, only interpretations.”

And this from a story of Jesus. John said to Jesus, “Master, we saw someone throwing demons out in your name, and we tried to stop him because he isn’t in our group of followers.” But Jesus replied, “Don’t stop him, because whoever isn’t against you is for you” (Mark 9:49-50). 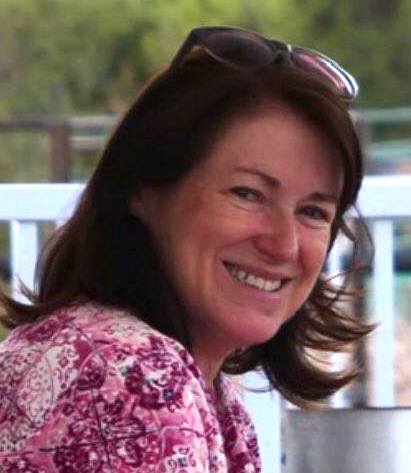 Victoria Pendleton is a licensed nurse and a regular AT reader. She was born and raised in England, and is now living in sunny Arizona. This is the first article she’s ever written.