The Art of Losing

Not High Noon, the 1952 film in which actor Gary Cooper, a lone sheriff in a cowardly town, faces the prospect of fighting a band of outlaws by himself and possibly losing his life in the process. Nothing so dramatic and nail-biting. No ticking clock for me.

I’m just taking a break from work. For lunch.

I am grateful my site of choice is within walking distance. I need the exercise.

Getting there isn’t difficult. It is a somewhat seedy section of town. (There are both better – and worse. I’ve seen both.)

On foot, I cross a busy intersection, take a hard left turn past a bus stop. At the bus stop I encounter a man trying to open a bottle. He seemed about to break a tooth. “You want some help with the bottle?” I asked. He nodded.

I fished around in my black hip pack, my equivalent of a woman’s purse. (Only I don’t accessorize; my hip pack stays the same.) 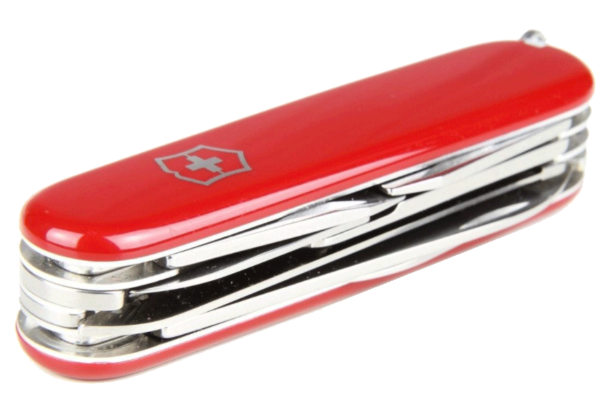 I find the Swiss army knife I’m looking for. It’s not as nice as the one my brother gave me years ago. That one ended up somewhere in Peru in 2005. It got confiscated at an airport. I hope whoever got it put it to good use.

I give the knife with bottle opener to the nameless man with a nameless bottle. “Bless you!” he exclaims as he opens his bottle, hands the knife back to me, then walks away, swigging.

Turns out he wasn’t waiting for the bus after all.

I keep going, maybe half a length of a football field, and I am at my destination. I wait my turn in the food line.

People from all walks of life are in that line. All ages and genders. Young and old. Mothers with little ones.

Some workers, some in uniform and some carrying tools of their trade: a man wearing steel-reinforced boots, someone with an adjustable wrench dangling from his pants.

Probably some students and retirees. Some caregivers, pushing the people they care for in a wheelchair. Someone who looks like a nurse.

They each have their own unique story, but I won’t hear it today. We are there for another common purpose: to get lunch. Like ships in the night, we pass, sometimes unnoticed.

There’s a fellow in front of me, somewhat elderly. I’m usually able to guess a person’s age within five years. I’m guessing he’s around 60. His hair is unkempt and long. He shuffles. I might have expected him to pay with a rumpled bill, but he does not. Instead, he inserts a shiny credit card.

Only, after he pays and leaves for a table with his sandwich, the card remains on the counter. He has forgotten it.

I tell the lady behind the counter, and she hands the customer the card.

Half in jest, I say to him, “It only gets worse with time.” But he was already munching his sandwich.

There are countless times I have gone to do something, only to have forgotten what it was I intended to do. Opened the refrigerator door only to forget why. Mislaid my cell phone. Wondered where I’d put my keys. Etc.

We’ve all done this. Once or more. It helps to have someone to commiserate, to perhaps help.

I received a gift recently from the company for which I work. It’s small and not expensive, but may come in handy. It’s called TILE. It fits on my keychain and if lost, it will interact with my cellphone, wherever it might be.

I’ve not had to use it yet, and may never. It may be like life insurance. Something you never hope to use, but it’s nice to have. Just in case.

Some time ago my adult son and his girlfriend stopped by my house for a visit. Later that day, after they had left, I got a call from him. She didn’t have her cell phone. Might she have left it at my place?

My house is not large. Like the things Goldilocks encountered – the chair, the porridge, the bed – it seems about right. I like that it is one story. Despite lumbar surgery in 2015, I yet feel the effects of sciatica and am grateful I don’t have stairs to climb.

I searched and didn’t find the phone. But after our call I kept searching and did find it – atop a toilet in a back bathroom.

So I called him back. He lives over an hour away. I was contemplating meeting him halfway. That seemed fair.

But he, thinking outside the box, said, “Wait; I’m gonna make a call.” And he did. Whereupon he called back and instructed me to box the cellphone in a cardboard box bearing his name on it with no hint as to content. It wasn’t long thereafter the Uber driver showed up. It was only money, after all, and the phone’s owner was more than happy to pay to have it back.

I’ve since tried to enlarge my own box. It’s only when we’re too old to learn that we’re really too old.

My adult daughter sometimes loses things.  I think it’s because, more than some, she tends to multitask.

First it was a set of earrings. She searched high and low. Probed memory. Nothing. Even sought a Higher Power.

Then she found them. In a nightstand in her bedroom. Somewhere she’d not thought to look.

Then she lost her purse. A Louis Vuitton. Not a knockoff.

Then, almost by miracle, the purse showed up. It had been hidden in a receptacle in their living room. A receptacle for other things: blankets, pillows, etc. Not a purse.

How it had gotten there she didn’t recall. But she was ever so grateful to have it back.

This month are the birthdays of both her and her son, my grandson. They had a birthday party for him at a nearby park. Families showed up. There were games, sandwiches, etc. A good time was had by all.

The bracelet could have been lost anywhere. They searched high and low. She and my son-in-law went back to the park afterwards. The park was spacious, and looking for a slender bracelet was like looking for a needle in a proverbial haystack.

Then, days later, her domestic help found it. It was vacuumed up. She forwarded a photo. I was elated to learn the good news.

All of these lost things recall some of the parables Jesus told. A lost coin. A lost sheep. A lost son.

And His take on forgiveness? Seventy times seven. So no limit to finding lost things, nor to forgive and be forgiven.

We’re all in the same boat. It’s better if we row together. And look out for each other.