The Apostles on Love, part 1: Domination and Submission

“Husbands, love your wives, just as Christ loved the church and gave himself up for her 26 to make her holy, cleansing[b] her by the washing with water through the word, 27 and to present her to himself as a radiant church, without stain or wrinkle or any other blemish, but holy and blameless. 28 In this same way, husbands ought to love their wives as their own bodies. He who loves his wife loves himself. 29 After all, no one ever hated their own body, but they feed and care for their body, just as Christ does the church.” Ephesians 5:25-29

“Likewise, husbands, live with your wives in an understanding way, showing honor to the woman as the weaker vessel, since they are heirs with you of the grace of life, so that your prayers may not be hindered.” 1 Peter 3:7

When I was growing up in the church, it was fashionable to remind women that they were required to submit to their husbands as to Christ. But for some strange reason, the corresponding verses about men loving their wives as Christ loved the church were quietly passed over. I never heard back then a sermon exegeting these passages in any depth, and I still haven’t.

I always found this amusing in a grim sort of way, because it seemed to reflect the overbearing, dominating manner in which some men I knew felt justified in treating their wives. But how could men who taught a literal obedience to the Bible justify their refusal to live and to teach this profound and clearly delineated concept?

I believe it was and is a grave mistake for the church to ignore this exploration of the “great mystery” of marriage, and its profound psychological and spiritual resonance.

The earthly and the spiritual

Marriage is a big deal to God—something our church seems to have lost sight of. It is used in numerous passages throughout both Testaments to illustrate God’s relationship with his people. There’s not much doubt that God cares how he is represented through the marriages of the people who claim his name and are his face to the world.

When a Christian husband has a repeated pattern of unloving, dictatorial, self-centered or even abusive behavior toward his wife, God’s reputation is defamed. The reality is that observers, both Christian and not, see a husband’s treatment of his wife as a representation of the God he serves. Who wants to have a closer relationship to a God like that?

On the other hand, when a Christian husband is respectful, honoring, and self-sacrificing in his relationship with his wife, and the two have a passionate partnership exuding joy and mutual love, the energy they create is magnetic to everyone around them. And everyone, Christian or not, wants to figure out how to have what they have.

It is apparent from the plain text that the apostles intended their instruction to resonate on two separate levels—the earthly and the spiritual—both Christ and the church and a human couple in a real flesh and blood marriage. And I think part of the point of these passages, and all the others that reference marriage as a symbol of God and his people, is that a Christian marriage—lived according to the principles of self-sacrificing love—is the closest thing on this earth to a merging of the earthly and the spiritual.

When this teaching is taken seriously, a Christian marriage can be a spectacle of dazzling beauty and deep joy for both husband and wife. The Song of Solomon describes, with the most vivid and poetic imagery, the ecstatic intimacy—spiritual, emotional and physical—which can grow between a couple when the husband commits himself to these eternal principles.

There has been much written on the spiritual meaning of these passages—the relationship between Christ and the church. But what it means for earthly, human marriages has been largely ignored, except to reiterate the tired and misapplied, “Wives, submit yourselves!”

I believe the church’s blatant disregard and misapplication of this plain, though admittedly difficult, Bible teaching is responsible for the tragic failure of Christians to show the unbelieving world the compelling beauty of marriage as God designed and intended it to be—and, by extension, to model the tender, self-sacrificing love of God for his church

Much ink has been spilled speculating on what Peter meant by calling women the “weaker (or more delicate) vessel.” The consensus seems to be that he was referring to physical weakness. But in a modern context, at least, that doesn’t make a lot of sense to me. While there may be a difference in strength, it’s hard to argue that women are inferior in toughness or endurance. And throughout history women have demonstrated their ability to compensate for a deficit in physical strength by utilizing their other gifts—quick wits, intelligence, charm, a superior understanding of human psychology. So that explanation doesn’t resonate for modern women.

What I see as women’s greatest “weakness”—one that has caused women immense pain and suffering—dates from Eden: woman’s irrepressible core need for a passionate and intimate connection with a man, which was implanted by God at creation to mirror his desire for intimacy with his creation. God entrusted to women the most fundamental secrets of his kingdom: the skills needed to develop and nurture loving relationships.

My bounty is as boundless as the sea,
My love as deep.
The more I give to thee,
The more I have,
for both are infinite.

This drive for intimacy was an endless source of joy and delight for both the man and the woman in Eden. Adam exclaimed ecstatically, “This is bone of my bone and flesh of my flesh.” And Genesis says they were “naked and not ashamed,” the most elemental and compelling description of perfect oneness. For the first couple in Eden, complete oneness with God and with each other was their natural state.

But when the couple sinned, woman’s greatest strength became her greatest weakness. Satan has a particular hatred of the power of women, because without their innate relationship skills, he can so much more easily win his battle by corrupting the truth about God. I think, “the Dragon was angry with the woman” can accurately be taken as a literal, as well as a figurative, concept.

As Screwtape the Demon writes in Lewis’ Screwtape Letters, [A] woman who is quite far gone in the Enemy’s (God’s) service will make a nuisance of herself on a larger scale than any man…, and, conversely, a man will live long in the Enemy’s camp before he undertakes as much spontaneous work to please others as a quite ordinary woman may do every day” (pp. 128-129).

It is no coincidence that the majority of members of most churches are women. As a result, one of Satan’s primary objectives throughout human history has been to neutralize, destroy or corrupt the power of women. 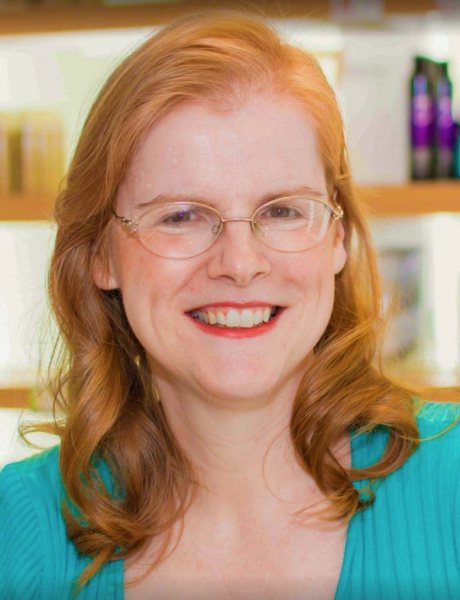 Sonja DeWitt is a civil rights attorney with over 20 years of experience handling Equal Employment Opportunity cases. She has a strong interest in religious liberty and has worked with the North American Religious Liberty Association, work for which she received an award. She blogs about religion, politics and government, and social justice at www.voicesfromthewilderness.net.