The Adventist Health Message and the Environment

Since their early days, Seventh-day Adventists articulated principles of health based on biblical principles and backed up by medical science of the day. Collectively these principles are known as the health message. At times there have been conflicting studies about specific aspects of the health message—science is imperfect and sometimes contradicts itself—but on the whole there is evidence to support the main points.

These principles are summed up nicely in the church’s baptismal vow under point 10, which asks baptismal candidates if they agree to “abstain from all unclean foods, and from the use of all alcoholic beverages, tobacco, narcotics or any other type of drugs?” The church also advises a mostly plant-based diet, and limited or no use of caffeine, sugar or strong spices.

Others have discussed the medical evidence, but I want to explore the environmental impact of the food we consume.

This is not a new area of research, but it has been rarely discussed until the last few decades. If the health message is inspired by God, it should be consistent with other biblical principles. Stewardship of the earth is also a principle in the Bible. So how environmentally friendly is the Adventist health message? Let’s examine four items.

It is well understood by now that excess alcohol is bad for your health. Some studies suggest a small intake of wine provides healthy antioxidants for heart health, but the same benefits can be gained by eating grapes. Plus, it is very easy to drink too much. In short, there’s no evidence that alcohol should be used as a health tonic.

What is the environmental impact of alcoholic beverages? According to The Guardian, the production of beer consumes 5-10 times the amount of water that is in the beer bottle. So to produce 1 quart of beer may require as much as 2 1/2 gallons of water. The transport of the ingredients and final product adds more to the carbon footprint: they may travel 20,000+ miles by the time a beer reaches your hand. That’s a big carbon footprint. An imported bottle of beer may have a carbon footprint of about 900 grams CO2e.

Alcoholic drinks are mostly water, which heavy to move around. Beer is not the worst offender, but if we compare that to another common beverage—black tea steeped at home—it’s terrible. A cup of steeped black tea (not purchased in a bottle) has a carbon footprint of only 21 grams CO2e.

This is to say nothing of the land used to farm the grains and fruits grown for alcoholic beverages, fertilizers that may contaminate water supplies, or producing the heavy glass packaging they’re transported in. Many other drink choices would have a lower negative impact on the environment, and your health.

This is a stimulant that most Americans can’t get enough of, and Adventists sometimes guiltily consume. Yes, Aunty Ellen advised against it, and her advice wasn’t without merit. While some caffeine drinks like coffee or tea offer beneficial antioxidants, a high caffeine content can be problematic for some people: it temporarily raises blood pressure, and can disrupt sleep patterns and make some more anxious. On the other hand, in low doses it can help some people lose weight, and improve performance in the healthy.

What is its environmental impact? A liter of Coca Cola has a carbon footprint of 346 grams CO2e.

How about coffee? It requires as much as 37 gallons of water to produce 1 cup of coffee! It is grown only in the tropics, at the cost of deforestation. Much of that land may be unusable for coffee plants in the next few decades, because coffee plants are sensitive to heat. Rising temperatures over the last decade have already pushed coffee farmers in some regions into higher elevations, which means even more deforestation.

One cup of coffee has an average carbon footprint of 200 grams CO2e. A fair portion of this comes from transport from distant places overseas. This is similar to black and green tea, which aren’t grown in the United States.

Another problem with coffee is that after the beans are processed, the fibrous parts of the plant leach caffeine into rivers, which poisons fish and other life.

If you feel the need for caffeine, consider something grown closer to home. Yaupon holly (ilex vomitoria) is a beverage plant native to North America that contains caffeine. It is grown in the American South and has a rich, earthy flavor. It was widely consumed before coffee became cheap in the late 1800s. For a good coffee substitute that is healthy and environmentally friendly, try a chicory root tea such as Rosta Roma—also grown in the United States for a smaller carbon footprint.

Of course, there are many herbal teas which you can grow in your own yard.

Adventists have historically discouraged eating meat, but realize that it is a necessary source of food for many. Medically, some meats are considered more acceptable than others if used in moderation, though excess red meat and processed meats have been shown to increase risks of many diseases, especially heart disease, and most of us would be better off not eating these.

How does a carnivorous diet stack up to a vegetarian/vegan diet environmentally? Beef is one of the worst offenders. Pound for pound, it produces carbon emissions 4-8 times as high as chicken or eggs.

Water consumption is another issue. Only 0.003% of all water on earth is easily accessible and safe to drink. The rest requires complex infrastructure (like wells) and expensive filtration to acquire. So reducing use where possible is key. Fruits and vegetables require up to 130 gallons of water per pound to grow. Beef requires more than 1800 gallons per pound to produce! Chicken only requires one-third of that.

Another point about beef is that it requires at least 2.5 pounds of grain to produce each pound of meat—grain that might be more efficiently used to feed people directly.

America trashes about one-fourth of the food it purchases. Despite what your mother said about hungry children around the world, you cannot box up and mail your leftover food to poor children in Africa. But we can choose to eat foods that require fewer resources to produce.

According to one UK study, switching to a pescatarian diet (vegetarian+fish) from omnivore could reduce your dietary carbon footprint by half! Going vegan would reduce it even more.

Decades of research have shown that no one specific diet is best for all people. Diet experts generally advise eating plenty of fruits and vegetables every day. A small amount of fish or white meat is considered healthy for most people. However, it is not necessary for most. So reducing or eliminating the meat (especially red) from your diet can be beneficial for your health and the land’s.

We have not even discussed the ethical issues surrounding killing and eating animals, and the ethics of the meat industry.

There is no need to discuss the health impacts of sugar. But what is its environmental impact?

A World Wildlife Fund report concluded that sugarcane may be responsible for more biodiversity loss than any other crop. Sugarcane farms have contributed to the destruction of the Great Barrier Reef near Australia. Sugarcane is often set on fire to make it easier to harvest. These large fires release a lot of CO2 into the atmosphere.

80% of the world’s sugar is produced in the tropical and subtropical zones, which means the product must be transported long distances. Sugar is transported dry, so its carbon footprint is not as bad as liquids like alcohol. Still, there is a large environmental impact when items are transported over such long distances. Global Citizen included sugar in its list of 8 worst foods for the environment.

Could you switch to other products? Real maple syrup is made here in North America. Another good option is honey made close to where you live. It takes little land space, no fertilizers, and bees provide a vital service to local farmers. Buying local means a smaller carbon footprint, and honey is even healthy in moderation.

This issue is much bigger than the space allowed here. A diet based on good health principles is not only healthier, it is also better for the land and wider environment. The founders of Adventism didn’t understand all these implications, but it was surely providential that a simple diet is better for the world. God ordained the original plant-based diet provided at creation, so should we really be surprised that a vegetarian or vegan diet is better for God’s creation?

Let’s give credit to the industries working to make food and beverage products we consume more eco-friendly. Yet, choosing a simple diet that is mostly plant-based, with hydration primarily from water, is still the best for both health and environment. Looking for options that are grown and produced closer to home is also a good strategy, since transportation greatly increases the carbon footprint.

In addition to being good stewards of all that is God’s, Christians want to relieve the suffering of the weak and powerless. Pollution and the climatological impacts of climate change harm the poor and powerless most, because they have the least resources to combat these problems. So a simple diet is best for your health and for the human race. 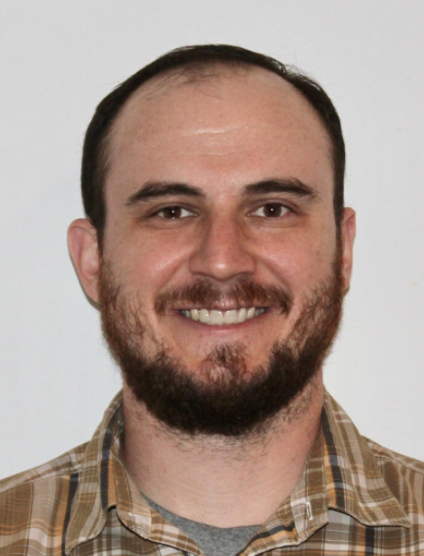 David Garner is an occupational therapist and writer based in Tennessee. He writes about health, stewardship, and spiritual topics.