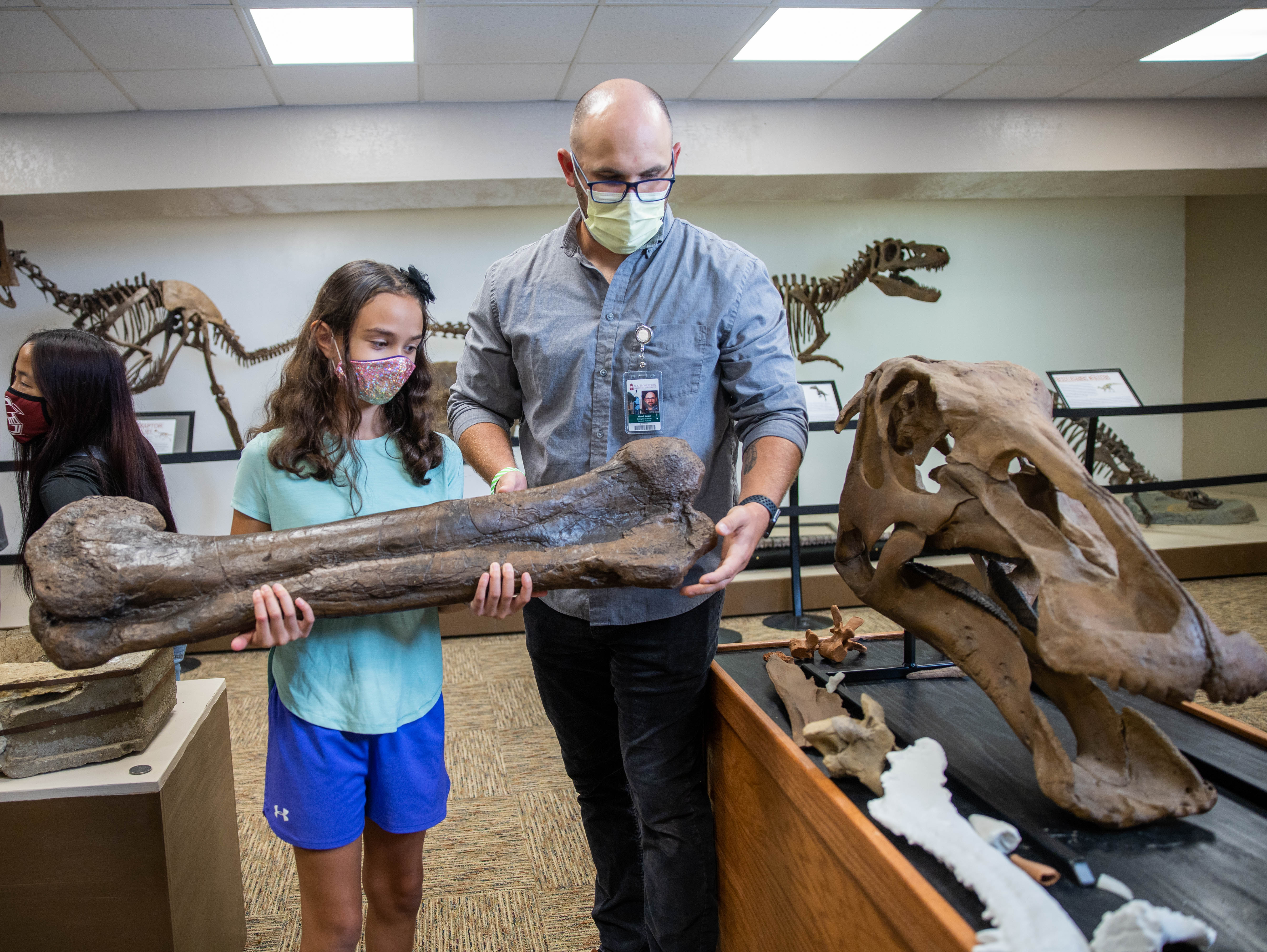 From the NAD: 28 December 2020 | Every summer Jared Wood, director of the Dinosaur Science Museum at Southwestern Adventist University (SWAU), and Arthur Chadwick, director of the Dinosaur Excavation Project at SWAU, along with Keith Snyder, chair of Biology at Southern Adventist University, lead a dinosaur dig at the Hanson Ranch in Wyoming. This is an ongoing collaborative research project, and they have gathered a large amount of data over the years. This research has led to the publication of a paper entitled, “Over 13,000 elements from a single bonebed help elucidate disarticulation and transport of an Edmontosaurus thanatocoenosis” for PLOS One, a peer-reviewed open access scientific journal published by the Public Library of Science.

This paper represents approximately 20 years of research by the Dinosaur Science Museum and Dinosaur Research Project. The Dinosaur Research Project refers to the dinosaur excavation & research that takes place every summer in Wyoming. Students and members of the community are both able to attend and take part in this project. SWAU became involved in this project in 1997 and began offering a dinosaur class two years later in 1999. Dr. Arthur Chadwick was the first SWAU professor to work on this research project, and Dr. Wood has carried it on as the director since 2018.

The primary research objective of the paper is a taphonomic examination of the deposit.  Taphonomy is the study of what animals were doing when they died, how they died and what happened after they died. High-precision GPS equipment is used to catalog the location of every bone to within a centimeter to learn more about how the bones ended up in their final locations.

“Everyone wants to know how thousands of bones ended up in one location. We are finally able to give them a scientific explanation,” shares Dr. Wood. “This paper will change how bonebeds are studied and remain important for years to come. It already has close to 3,000 views on PLOS One’s website, which is crazy!”

The paper covers the method used for excavation and details the types of bones that have been found on the Hanson Ranch bonebed. Because of the large number of recovered fossils, there is now deeper insight into how so many bones ended up in one location. The authors hypothesize that all of the dinosaurs excavated from the main bonebeds were killed in one catastrophic aquatic event and subsequently relocated by a secondary event. Similar bonebeds deposited by flood events have also been documented in Canada.

As curator and director of the Dinosaur Science Museum located on the SWAU campus, Dr. Wood handles the logistics associated with operating the dig in Wyoming. Every summer, Dr. Wood and Dr. Chadwick both spend a month in Wyoming leading a team of students and community members who are able to contribute to this project.

The Dinosaur Science Museum features bones that have been found during those summer digs, and a catalog featuring every bone can be found here.

Further research will continue to be conducted on the other quarries located at the ranch in Wyoming, which means other species will also be studied in this same way.

To read the paper, click here. To find out more about the Dinosaur Science Museum and Research Project in Wyoming, click here.