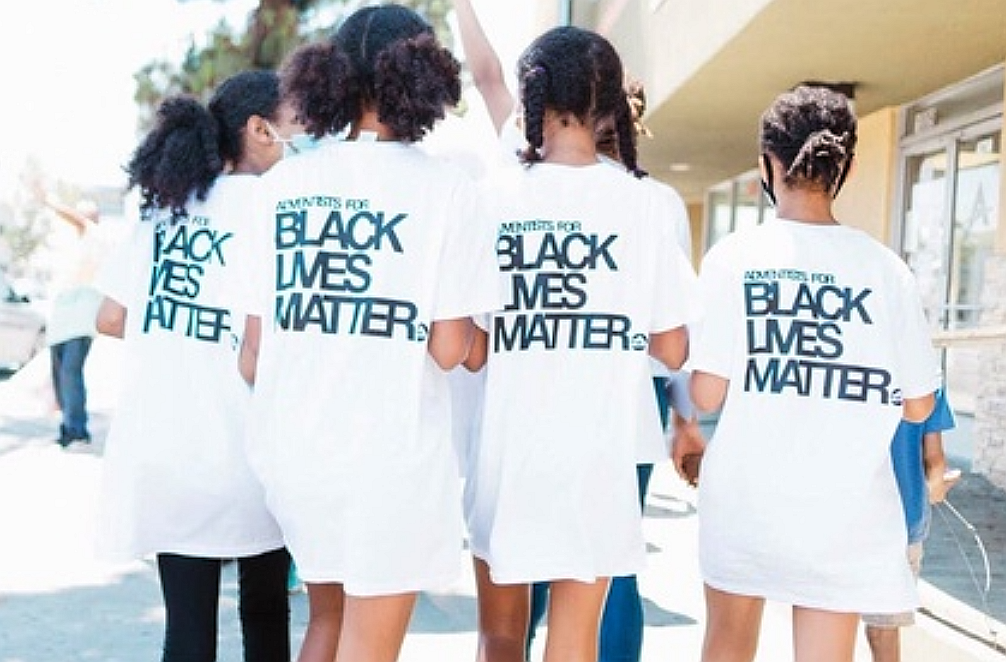 From the Southern California Conference via ANN/NAD

That’s what the demonstration on June 3, 2020, in Los Angeles, California, was all about as about 300 people gathered to pray, march, and connect. It was the first time Southern California Conference (SCC) churches organized such an event with a diverse group in every sense of the word: age, gender, ethnicity, and more. One member of the group, Wilma, a member of the Antelope Valley Seventh-day Adventist Church, had even marched with Martin Luther King, Jr. when she was 17.

“The conviction of people to be as involved as possible really ran deep throughout the whole crowd,” shared Donavan Childs, associate pastor at Los Angeles University Seventh-day Adventist Church.

“When God’s moving, he makes it happen,” Childs says.

The Natural History Museum of Los Angeles County helped to get the word out around the city. University of Southern California provided lunch, California Highway Patrol provided security, a local Honda dealer gave participants water and loaned vehicles for shuttles, the Los Angeles Police Department Southwest Division marched with the group and helped block traffic, and many others contributed.

“The Lord was in this thing; that’s the only way it could come about the way it did with unity, enthusiasm, and support,” says Dorsey.

“The philosophy behind it was to have a Christian demonstration that promoted peace and justice,” Childs explained.

The march began at the steps of the University church and ended at the California African American museum, where various Adventist leaders and other clergy, plus leaders from around the city and the community, addressed those gathered.

The moment he became aware of the event, SCC president Velino Salazar committed himself to participate.

“We need to walk the talk,” he said. “What would Jesus do in this 21st century? Always, he was focused on the needs of the people and justice. As conference president, I need to follow the model of Jesus Christ when we encounter oppression, discrimination, and injustice.”

Participants wore custom shirts with “seek justice” printed on the front, based on Isaiah 1:17, and “Adventists for Black Lives Matter” on the back. The shirts represented another miracle; they were meant for a prayer walk two days later, but production was accelerated just in time for the Los Angeles demonstration. Many carried signs reading, “God’s voice matters.”

Reflecting on the event, many participants spoke about this as an important first step.

“I consider that we as a church need to have more interest in social issues without losing the essence of the gospel within the context and frame of the three angels’ messages,” Salazar says.

“It was tremendous; it was something to experience,” Royal Harrison, SCC Greater Los Angeles region director, says of the event. “We’ve got to be more community-involved if we’re going to make an impact for the kingdom.”

The theme of community involvement was consistent among comments from the participants and leaders. As Barnes put it, “If the church is not the voice of the community, no one else will be.”

This event was just a start. At the rally, Donavan and Dorsey promised attendees that open forums would be presented in the future by the church, encouraging conversation with the community.

“I think it’s important for us as Christians to understand that this is part of representing the gospel,” Donavan notes. “It’s part of having a missional existence. I hope the long-term impact is that we actualize that phrase, to be in the world but not of the world.”

Speaking about how our commitment to the truth relates to injustice, Greg Hoenes, SCC West Region director, said, “Humility has to always be the lens through which we see the truth.”

Virgil Childs, Pacific Union Conference regional ministries director, closed the event with prayer. Of our collective response to injustice, he said, “It is an ecumenical response to what’s wrong and to protest — not just against what’s wrong, but to protest for what’s right.”

— Lauren Lacson is communication director of the Southern California Conference.

This article was originally published on the North American Division’s news site.