Southern Adventist University Transgender Student: ‘The Church Is Dangerous in Situations Like Mine’ 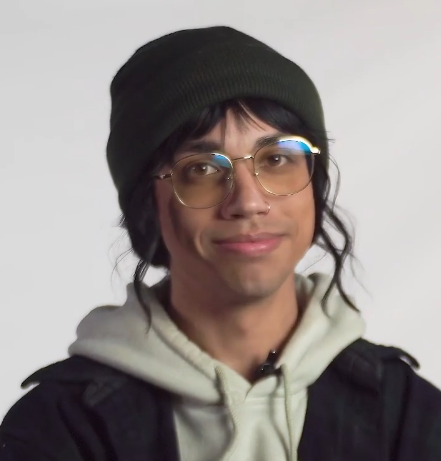 16 February 2022 | A Southern Adventist University student who was placed on leave from her university job after discussing transgender issues with the school on social media has taken to social media again to raise awareness of her situation.

“Honestly, I’m terrified of the power that Southern and the Seventh-day Adventist Church holds,” said Ari Bates, in an Instagram post on Feb. 16, 2022. “Between lawyers, between religious control, between the ability to taint someone’s name like that [said with a snap of her fingers], the Church is dangerous in scenarios like mine.”

On Feb. 2, 2022, Bates came out as transgender on social media. On Feb. 7, 2022, Bates had a meeting with her supervisor and another school official about the social media posts. On Feb. 9, 2022, she was told of possible updates to the school’s Sexual Integrity Policy that would directly challenge her transgender identity. By Feb. 10, 2022, Bates had been placed on paid administrative leave from her position as Engage Worship director for the university for posting disparaging comments about Southern on social media, reported the Southern Accent, Southern’s student newspaper.

“I want safety, I want awareness, I want grace and love and acceptance,” said Bates. “The church is really good at saying, ‘We love you, we care for you,’ but never showing that in actions.”

Bates said the first step towards achieving a feeling of safety would be removing dangerous policies, like the one she said Southern is currently drafting.

On Feb. 9, 2022, Bates met with Alan Parker, Southern’s senior advisor for sexual integrity, who told her the university was working on updates to the Sexual Integrity Policy that would include requirements that individuals dress, use bathrooms and reside in dorms and other campus housing according to the gender assigned to them at birth, reported the Southern Accent.

Bates said she was told that if she did not follow those guidelines, the administration would have a conversation with her, which might be followed by disciplinary action. However, details of the disciplinary actions were not stated, nor was an exact date of implementation given.

Parker acknowledged in a statement to the Accent that the school has been “developing a Sexual Integrity Policy based on biblical principles,” and that it will be published when it is approved.

Bates said in a TikTok video that she is exploring options with the American Civil Liberties Union.

The Accent reported Bates is not taking legal action against Southern at this time, but that would change if the updates to the Sexual Integrity Policy went into effect.

“If the policy were to go into effect, as it has been communicated, in order to protect myself and any trans student that comes out after me, I would be forced to proceed [with] legal action,” Bates said. “Every decision that I’ve made in this process following the initial meeting on Monday [Feb. 7, 2022] has been a deliberate choice for the protection of anyone else in the community that is currently closeted and has any inclination of wanting to come out in the future.”

A university statement released to the Accent said, “As an institution of the Seventh-day Adventist Church, Southern Adventist University believes that God immeasurably loves each individual, regardless of their gender identity or sexual orientation, and that following the biblical principles that God set forth in His Word is an expression of our love for Him and each other.”

“We strive to follow the model of Jesus Christ, who was always focused on drawing individuals to Him. Southern welcomes all students who commit to respecting the beliefs of the Seventh-day Adventist Church and abiding by the university’s policies.”