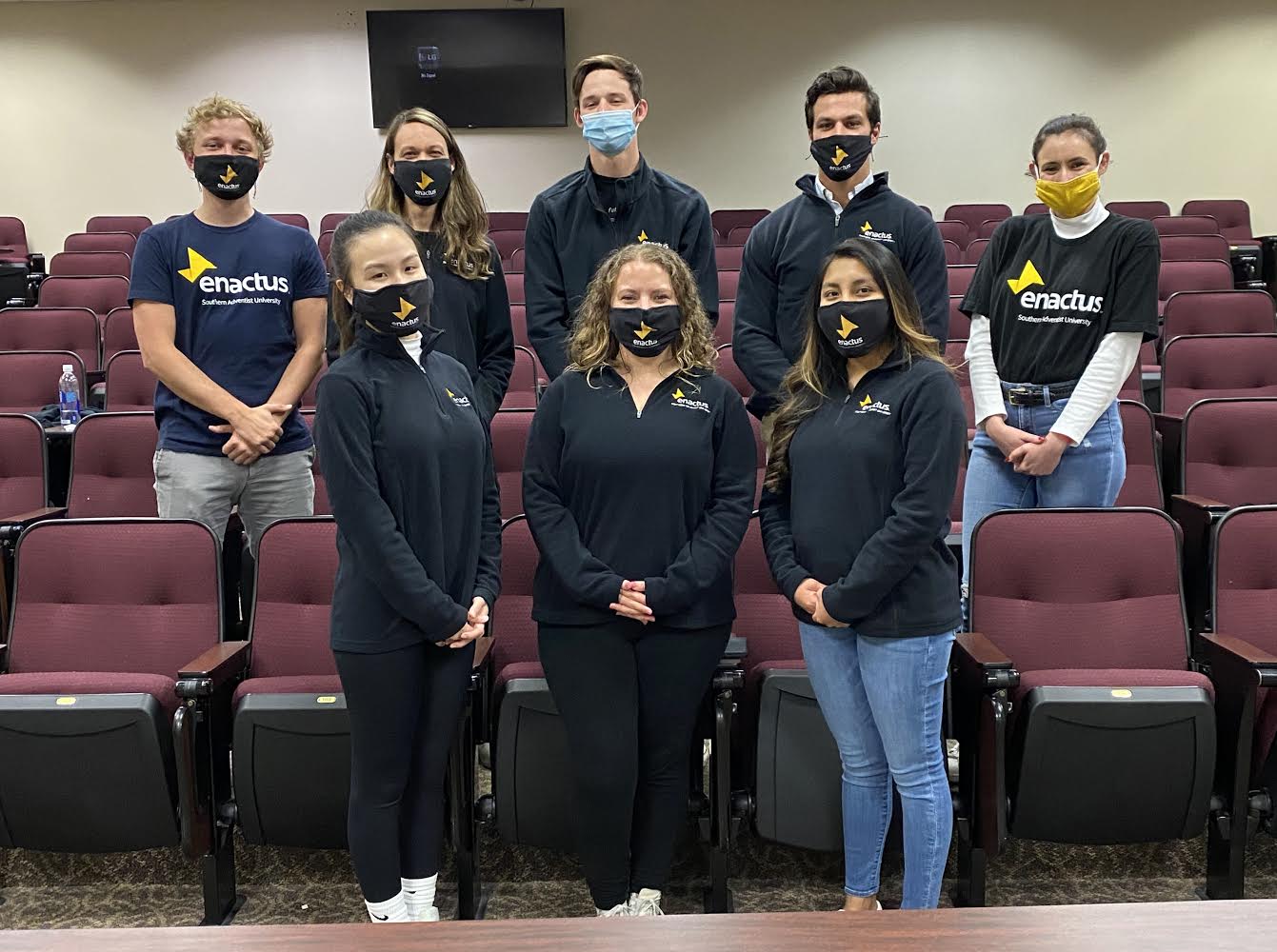 From Southern Adventist University – 23 April 2021 | Southern Adventist University’s Enactus team placed third in the nation at the Enactus United States National Exposition. Housed in the School of Business, the student team has previously ranked second in their league several times, but this is their first year to advance through the competition to the final round, which included the top four schools in the United States.

“It is validating to see how our time and effort over the last year has paid off in such big ways,” said Ashley Blake, senior accounting major and president of Southern’s Enactus team. “I hope that the team can continue to build on this year’s momentum and stay on track with the hardworking and high expectation culture that we’ve created.”

Enactus is an international non-profit organization that brings together student, academic, and business leaders who are committed to using the power of entrepreneurial action to improve the quality of life and the standard of living for people in need. Guided by academic advisors and business experts, the student leaders of Enactus create and implement community empowerment projects around the globe.

This year’s exposition included 98 schools from across the United States, and due to the COVID-19 pandemic, the competition took place virtually. Each competing team submitted a 12-minute video and annual report to show why their projects are sustainable long-term and how they will have the most positive impacts on the lives and communities around them.

“Our success this year, I believe, has largely been due to great student leadership,” said Michelle Doucoumes, assistant professor in the School of Business and Southern’s Enactus sponsor. “Each member of the team believed in the cause and has been tenacious in their pursuit.”

Additionally, Enactus honored Doucoumes with the 2021 Sam Walton Fellow of the Year award for her leadership, contributions to the team, and investment in students’ lives.

To learn more about Southern’s Enactus team and their community projects, visit southern.edu/enactus.