From July 6 to 10, 2021 the South American Division (SAD) held a meeting of its Executive Committee in the city of Brasília, Brazil.  Several leaders of departments, union missions and institutions were chosen. Plans for the next quinquennium were laid out and some documents were voted, although the most outstanding decision was the approval of a document regarding eldership.

On November 9, 2020, the Annual Council of the South American Division had voted to establish a study committee to study different ways to strengthen the ministry of elders, including the incorporation of women to ordained eldership. Nineteen people, both men and women, were chosen for the committee. Among the tasks assigned to them was to study the theological soundness of female elders, to check previous decisions made on this topic by the General Conference, and to survey a sample of 1,800 church members about their opinions of the best course to strengthen local eldership.

A new era for women

The report of the committee was presented before the Executive Commission of the South American Division at this meeting, and it was approved in a vote. Although it may seem an inconsequential decision in those parts of the world that have long ordained female local elders, it is actually a historic landmark for South America.

A further indication of the unwillingness to support women in leadership roles can be seen in the report presented to the Theology of Ordination Study Committee, which met between 2012 and 2014. The South American Division asserted that

the New Testament plainly presents the qualifications required for someone to become a bishop/presbyter/pastor (1 Tim 3:1-7; Titus 1:5-9). According to these texts, the pastoral ministry seems to belong to a distinctive area of male spiritual leadership in the Church. Faithfulness to biblical teaching predicates the need to follow this orientation. There is no clear biblical base, therefore, to ordain women to the pastoral ministry.

While the purposes of these verses appears to be the enumeration of the qualifications of the elder/bishop, their interpretation as an affirmation of male headship in the church highlighted Latin America’s understanding of the exclusivity of male ordained eldership.

In 2015 the Seventh-day Adventist Church of Florida (a neighborhood of the Buenos Aires Metropolitan Area—not to be confused with the state of Florida in the United States), the second largest congregation in Argentina, sent a formal request to the South American Division for the approval of the ordination of women elders. The request was denied several months later.

Now, in an outstanding reversal, the Executive Committee of the South American Division has voted to allow the appointment of women as ordained elders in local churches. (This is not a vote to ordain women to ministry, only to congregational eldership.) According to the Manual de la Iglesia [Church Manual], this will now enable women to function as leaders of local churches, including preaching, leading church services, and participating in the ordination of deacons and fellow elders. In the absence of an ordained pastor they could also baptize, perform weddings, officiate funerals, carry out the Lord’s Supper and lead church business meetings.[3]

The decision of the South American Division was foreshadowed by Stanley Arco, its newly elected president, in a sermon streamed to the entire division on May 1, 2021, in which he claimed that “our Church is more than 50% women, so it is important to provide opportunities so they can also lead in the church.”

Also included was part of a presentation by Pastor Lucas Alves, current secretary of the Ministerial Association of the South American Division who said that there are around 5,600 women as church leaders in the 14,400 congregations of South America, but they only made up 48% of church boards. Furthermore, from 2010 to 2020 women made up 54% of all baptisms compared to 46% of men. He also quoted a statement made by Ellen G. White in 1895 supporting the ordination of consecrated women to lay ministry.

Later the SAD posted a video on its official Youtube Channel titled “Ancianato aún más fuerte” [“An even more strengthened eldership”] in which Bruno Raso, vice-president of the South American Division, asserted that “we believe that one way to expand the leadership of elders in the local church is with the inclusion and participation of sisters.” He added that

the world church has already done studies on this topic–biblical studies, theological studies–and years ago the world church made the decision of authorizing each division to do its [own] study and implement its authorization for the ordination of women in the exercise of elder of the local church. Therefore, based on the worldwide decision of the church…, the decision has been made in a way to expand the eldership to build the church [and] to better fulfill the mission. In other words, the motivation is ecclesiastical; there is no other motivation.

In the video posted by the SAD, Julio Acosta Rodriguez from Lima, Perú, who had served as a local elder for more than ten years, was also interviewed. Asked about the recently made decision to approve women as ordained elders, he said that

we see that the leadership of the church is not only given for men, but that leadership is also given for women. See Ellen G. White, for example—you are going to find that she even led men. You are going to find professional ladies with incredible leadership, with tremendous leadership who can be in front of a church, who can be in front of a ministry, leading and advising.… God is leading the church. So if the church, through the [executive] committee—because God guides like this—determines that there should be [women elders], let us go forward! We have to support this project.

The South American Division is the regional administrative unit of the General Conference of Seventh-day Adventists that encompasses the countries of Ecuador, Peru, Chile, Bolivia, Argentina, Paraguay, Uruguay, and Brazil. It has 14,400 congregations that gather around 2.5 million members. 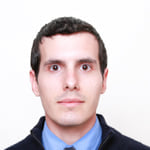 Eric E. Richter is a student at the School of Theology in River Plate Adventist University in Argentina.