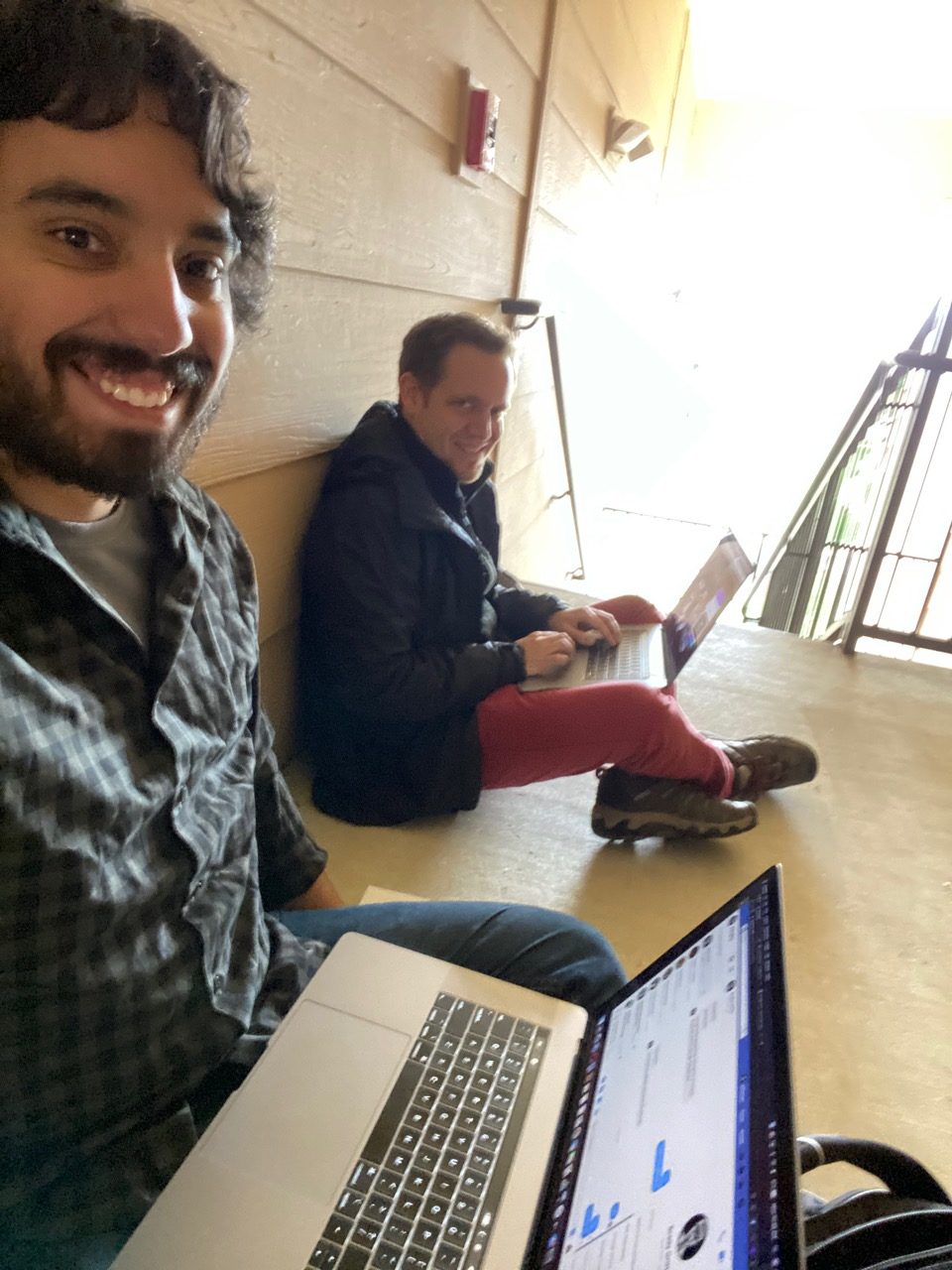 From the North American Division – 28 May 2020 | The 2020 Sonscreen Film Festival was on track to be held with new partner CoLab on April 2-5, 2020. But those plans changed the second week of March as novel coronavirus disease closures caused the North American Division (NAD) to cancel the festival that was to be hosted at the Loma Linda University Church in California. By April 13, after weeks filled with long hours reorganizing, shuffling, and creating, the festival moved online. It became the first NAD event to successfully occupy virtual space over a week-long period. More than 250 “attended” the film festival — watching film blocks, sending Instagram photos, and engaging in a question and answer segment through film comment sections.

Participants were given an access code with password to enter the festival site. That code would also allow them to vote for the Audience Choice Award. At the festival’s conclusion, more than 450 film block entries and 2,000 page visits were recorded.

“Our community rallied together to help make the virtual Sonscreen Film Festival a success,” said Julio Muñoz, festival director and an associate director for the NAD Office of Communication. “I’m grateful to our team who worked behind the scenes, the judges, and our schools and filmmakers who supported this effort. I’m amazed that we could do this online and preserve many of the characteristics that make Sonscreen unique.”

“On March 10 our team was about to return from what would turn out to be our last business trip before travel was suspended due to the COVID-19 pandemic,” said Muñoz. “I got a message from our NAD officers that LLUMC* had voted to suspend travel and suspend the hosting of any conferences on campus. A call to Stew Harty, our host and pastor for media at Loma Linda University Church, confirmed that they would likely not be able to host our event as the state of California began to shut down.”

Within hours, as the communication team was preparing to board flights, one of the core universities of the Sonscreen community shared that they were no longer getting clearance to make the trip to Loma Linda. When told that the location was in jeopardy, other universities shared concerns.

“After more consultation with our Sonscreen team and stakeholders, our administration decided that, in order to protect the health and safety of all participants, it would be best to cancel Sonscreen 2020,” Muñoz said. “We had one month from the cancellation of the film festival to the start of Sonscreen 2020 Online.”

The rest of that week was focused on cancelling caterers, removing hotel blocks, communicating with judges and speakers, and discussing the possibility of online hosting and virtual watch parties.

A Change in Plans

Immediately after the decision to cancel Sonscreen 2020, Muñoz began calling university and academy film professors, from the lobby of an Indianapolis hotel, to inform them of the termination. “They were so disappointed, but they all understood, and many were unsure if they would have even been allowed to travel if we had been able to hold the festival,” said Muñoz. “I told them all that we would work on creating some sort of “virtual” film festival.

The Sonscreen team initially imagined they would host the festival from the NAD headquarters, while student filmmakers joined watch parties at their respective schools. The team talked about who would emcee, how film Q&A sessions would function and who would host them, and how they’d recreate the feeling of watching together in a darkened screening room.

“Many professors gave us some ideas on what they would do on their end to set up movie screens,” explained Muñoz. It seemed possible to have the interaction between filmmaker and audience, albeit via video.

The technology was challenging, but plans started to come together. Within a couple of days, however, several of the participating schools closed due to the pandemic and students dispersed to their homes. Then, on March 18, the NAD headquarters building closed and employees started telecommuting.

“As we found out more about the spread of COVID-19, we realized that gathering in any sort of group would not be possible. We decided that streaming the films was our only chance to salvage the festival,” Munoz said. Two major concerns emerged: could the team create a secure digital environment so that films would only be seen by participants; and could they create an interactive environment, particularly so viewers could vote for the audience choice award?

The Sonscreen team still needed to figure out how to create a secure environment. They reached out to Sonscreen student alum filmmaker Jefferson Rodrigues, creative media director for Avalon Design Studio. Rodrigues and Rob Gonyea, vice president of media art at Avalon, were already working with us to redesign and reconfigure Sonscreen’s website to create a streaming platform for Sonscreen Films. Explained Muñoz, “They worked with Georgia’s prototype, and thanks to the work they had already started – and after many conversations on Slack– in a couple of weeks, Avalon created the site for Sonscreen 2020 Online.”

Features of the online platform included pass code protected viewing, time-released film blocks, daily video message from director Muñoz, Instagram feed with festival hashtag (#Sonscreen2020), meet-the-filmmakers short video greetings with each official selection, and enabled comments section for Q&A with the filmmakers. And, yes, the design of the site “should feel more like a darkened screening room to watch the films in,” said Rodrigues.

The 46 official selection films were divided into five film blocks, which were released at 12 noon and 6 p.m. EDT, each day of the festival. Once released, the blocks would stay online and open for the duration of the festival, initially scheduled for five days but extended for three more days after Tennessee was hit by massive tornadoes on April 13, the start of festival week. Not only were student filmmakers and professors impacted by the tornadoes, but Avalon Design lost power for several days, forcing them to take their laptops and find WiFi elsewhere until power was restored.

“One of the best parts of a film festival is getting to hear from the filmmakers,” said Robert Martinez, film, choir, and orchestra teacher at Spencerville Adventist Academy. After a film screen, filmmakers could also participate in a brief Q&A where they were asked about the creation of their films. “Some of the filmmakers were so creative in their brief video introductions that it really enhanced the online festival experience.”

Once the decision was made to go forward with the festival competition, the Sonscreen team contacted the jury members, who were happy to press forward and evaluate the official selections. The process was similar to past festivals, with the exception of a new, streamlined digital process created by Damsteegt. All the films and a scoring mechanism were embedded into one online document. “This new process, created out of necessity, will be something we will use in the future,” said Muñoz. “For years we hoped to fully digitize the jury process, so I’m delighted this has been accomplished.”

Added Muñoz, “Our entire team learned so much through the process of making Sonscreen an online festival. We hope to see everyone in person in 2021, but it is good to know we can come together and celebrate young Christian filmmakers in this virtual space as well. I look forward to continuing to nurture our film community online and in person.”

Image: Jefferson Rodrigues and Rob Gonyea of Avalon Design Studio worked on creating the Sonscreen Film Festival 2020 virtual experience despite having to social distance on a friend’s porch (with WiFi) after a tornado caused power outages in their community. Photo provided by Jefferson Rodrigues