6 Days and 6000 Years for Everything? “God did not teach the rocks to lie”

The December 2018 Ministry Magazine carried an article by Sven Östring, “Our Miraculous Planet Earth.” Östring makes the astonishing claim that

. . . Genesis 1:1–31 describes the creation ex nihilo of our planet Earth and its subspace in six literal days. This means that our planet appears to have been created at the commencement of the Creation week. This would make it as young as biological life and the Sabbath itself.

Elsewhere he specifies Earth’s “subspace” as “at least planet Earth, the Sun and the Moon, and probably the Milky Way galaxy.”

Does the appearance of this article in Ministry, the denomination’s publication for clergy, indicate a formative shift in Adventist creationism? Four years ago, I published an article in Spectrum describing the Adventist belief regarding creation. I wrote:

At that time, 2014, I could confidently state that the second view was the nearly universal view of “approved” Adventist theologians in North America—that is, the professional theologians whose work was published in the Adventist Review and Ministry and who were invited to lecture at General Conference-sponsored Faith and Science Conferences. These theologians taught at at places such as the Seminary at Andrews University, Southern Adventist University, and Southwestern Adventist University. The first view—a young galaxy—was widespread among Adventist laity and among Adventist clergy without advanced education in theology but was never presented in denominationally-controlled conferences. The third view was also completely absent from any denominational publication or conference, even though it is nearly universal among Adventists trained in earth science who are not employed by the church.

The publication of Ostring’s article in Ministry is a dramatic departure. It is a bold repudiation of the biblical interpretation and philosophy of science that has characterized official Adventist creationism for the last forty years (the time I’ve personally followed it). The centerpiece of Östring’s article is a pastiche of exegetical arguments centered on Genesis One and aimed at refuting any notion of a Gap Theory—that is time between an initial creation referenced in Genesis 1:1 and the beginning of Creation Week in verse 2. The exegetical opponents he mentions are evangelical scholars, but his real targets are the Old Testament faculty at the seminary who argue that the sun, moon, and stars were not literally created on Day Four.

Östring is completely unconcerned about all the physical evidence of antiquity. What about the speed of light and the time required for the transit of light from distant stars? What about geology and its various dating methods which indicate billions of years of earth history? Not to worry, Östring assures us.

For all of the evidence that we have available, a number of models can be used to explain the evidence. In particular, one viable explanation is that God miraculously created our planet Earth and its subspace fairly recently, and scientific underdetermination means that the scientific evidence itself cannot be used to eliminate this possibility.

Östring writes that God, for his own inscrutable purposes, may have deliberately created the cosmos to appear billions of years old when it is, in fact, only 6000 years old. If God wishes to do this that is his divine prerogative. If the rocks lie that is our problem, not God’s. Östring protests that scientists employ models that “assume that planet Earth and its subspace have been upheld according to the geological and astrophysical laws that we currently observe.”

The notion that “natural law,” the fundamental constants that govern the physical universe, are mere whims of God—alterable at will—has been steadfastly resisted by conservative Adventist theologians and scientists. Allowing for fluidity of natural law would undermine the notion of moral law as something eternal.

A major theme in the denominationally-sponsored Faith and Science Conferences (1998-2001) was the reliability of science. Conservatives, in their arguments in favor of a “recent creation,” refused to embrace and sometimes explicitly rejected radical apparent age arguments. God would not deliberately trick us. Yes, most scientists reject a short geochronology, but that was because of their overwhelming bias. If we just kept doing good science we would accumulate a weighty body of evidence that would show the rocks agreed with the biblical text. Science—guided by faith, for sure, but still, good, solid science—would ultimately prove to be an ally, not an adversary, of faith.

Against this background, Östring’s article raises troubling questions. If this is the new official position of the denomination, it would signal the triumph of creedalism. Our creed declares ”in a recent six-day creation the Lord made ‘the heavens and the earth, the sea, and all that is in them.’” The creed leaves unspecified the extent of “the heavens and the earth,” and the quantity meant by “recent.” While some of my liberal and conservative friends point to that lack of specificity as permission to continue studying and seeking the truth about earth history, Östring boldly declares the fundamentalist (and, in this case, common sense) meaning of the creed: God created everything in six days six thousand years ago. If science is incompatible with the creedal statement we should discard the science. If biblical scholarship disagrees with the creed, we are free to dismiss the scholarship. The creed has specified the truth. There is no need for further investigation. There can be no meaningful debate.

My first reaction to reading Östring’s article was to bow my head and concede that I had been defined out of the church, along with many of my friends who are life-long Adventists.

My second reaction is: the editor of Ministry does not define my church.

I was born Adventist. I was educated in Adventist schools. I have served for forty years as a pastor in Adventist congregations. The churches I have been part of are happy, healthy communities of godly, compassionate, thinking people. This is my family. It was in this family that I learned a high regard for the Bible and for science. It was in this particular Christian family that I learned nature is also the Book of God. God did not teach the rocks to lie. Adventists who are not employed by the denomination, who earn advanced degrees in the earth sciences or engage in field research (as opposed to reading books and watching videos), nearly always conclude that the Milky Way, the solar system, earth itself, and life on the earth are billions of years old. Six thousand years is not long enough to contain the record of human civilizations, never mind the time required for building the landscape our civilizations stand on.

Östring argued that Creation Week involved more than life. He did not need his disjointed collection of exegetical references to make this point: a straightforward, plain reading of the text is sufficient. Genesis 1 is about the creation of the universe—everything the writer knew about. The text gives no hint about Östring’s “subspace.” Unfortunately for Östring, Genesis 2 is equally plain that there is another divinely-approved story of creation, one in which the earth exists before life and humans exist before plants and Adam exists for a long while (not an hour or two) before Eve. Östring ignores the biblical passages that clash with the creed.

Creeds are themselves ideological fossils, not living organisms. They are frozen snapshots of the convictions of a majority at the time the vote was taken. Every group has a creed, either formal or tacit, shared convictions that define the ideological center of the group. But if we grant our creed superior authority to both the Bible and science, if our creedal convictions cannot be corrected by either the text or the rocks, we have abandoned the quest for truth.

Östring’s article does make this contribution: it crystallizes the debate. Either we embrace the full authority of the creed or we continue our quest for truth. We cannot do both. Each of these impulses has deep roots in the Adventist Church and current champions. We are deciding which will define the church we pass on to our children. 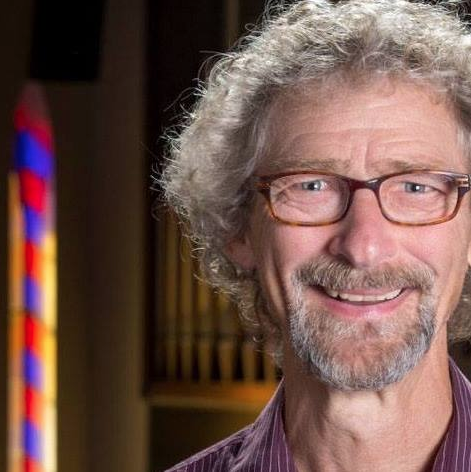 Dear Aunt Sevvy: Objections to Spectator Sports Good and Bad News About the 144,000