Single and Ready to Mingle: European AYC 22 a Social Affair 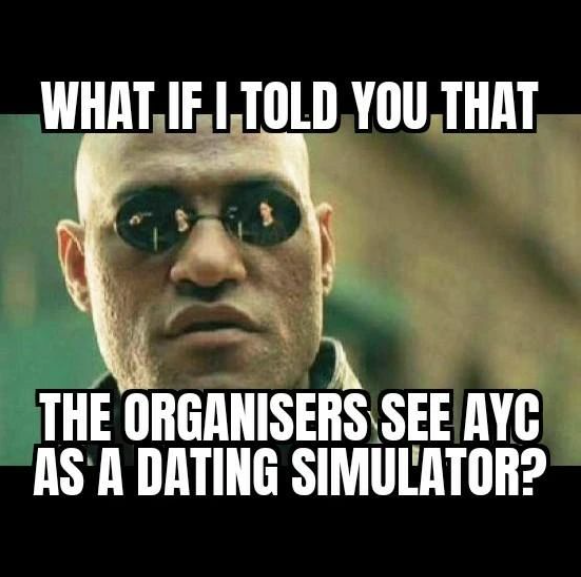 21 August 2022 | The European Adventist Youth Congress took place in Lahti, Finland, from August 2-6, 2022. More than 2,500 people attended from several European countries and many, many different cultures.

Yes, there were the prerequisite powerhouse speakers (David Asscherick and Daniel Bosqued) and thought-provoking seminars and workshops. Yes, there were youthful activities (including a 5K run, scavenger hunt, and sauna experience!). Yes, the cafeteria served questionable entrees. Yes, there were plenty of come-to-Jesus moments, culminating with a baptism of 12 people on Saturday.


But ya know, it seemed like most people went to socialize.

For Laura Lamberth, 18, of Sweden, the Lahti, Finland-event was the first Adventist Youth Congress she had ever attended.

“It was an amazing experience, a very friendly place where you didn’t have to worry about anything; you lived in the moment,” said Lamberth. “I had a really good time meeting new people, talking to new people.”

In an article from the Trans-European Division (TED), several Congress attendees echoed the sentiment that meeting new people was the best part of the Youth Congress.

“It’s about making those connections,” said Ethan Manners-Jones in the TED article, “and sharing ideas about God and what we believe, as well as worshipping together.”

And if some of those connections were romantic, well, that wouldn’t be so bad, either.

Indeed, a post from the Instagram account AYC22 Memes featured a picture of Morpheus from the film The Matrix, saying, “What if I told you the organisers [sic] see AYC as a dating simulator?”

Lamberth said she thought most attendees went just to have a good time and meet new people, but that some people were definitely looking to make a love connection. And even if people weren’t specifically there to find that special someone, most people were “open to it.”

“I would say that it would be easier to find someone to date at AYC 22,” said Lamberth. “There was some flirting.”

“It is not a shame [for] a gathering like this one in Lahti, among all other things, to be considered as a great opportunity for singles to meet their soulmate,” posted Sasho Stojanovski in the “Singles” group on Whova. “Let all of us, both singles and non-singles, pray a lot these days for all mature and ready singles [at] the AYC 2022, for God to intervene supernaturally to connect those singles whom He wants to be together, according to His will.

“And not only the prayers, but also all of us both singles and non-singles, who are able to help somehow, should try to help the singles that are mature enough, and ready to meet their soulmate.”

But even at an Adventist event, even with help (supernatural or otherwise), getting to know someone can still be challenging.

“It was easy to talk to people, but to get to know them—there was a lot going on, so I didn’t really have time to sit down and talk,” said Lamberth. “I wish that we had gotten more time to get to know others. We didn’t have so much time for that during the day with the workshops, the sessions, and activities. Four days isn’t enough, in my opinion.”

And, it seems, there could be a problem with meeting too many people.

Another post from AYC22 Memes featured the saying, “You can always lie about being tired to avoid talking to creepy AYC men.

Still, Marcelo Reis Racha, of Brazil, who went to the European AYC in Valencia, Spain, in 2017, said he thought it was highly likely that people could find someone they wanted to date, or even a prospective marriage partner, at an Adventist Youth Congress.

And he would know. While at the European AYC 2017, Reis Racha met, through a friend, Thirza Van den Brook, who is Dutch, and thought, “I like her curly hair.”

No immediate love match was made at that AYC, but afterward he saw her on Facebook because of their mutual friends from the Congress. He sent her a friend request and they continued communicating. Two years later in 2019, they started a romantic relationship.

And they aren’t the only couple who found each other at that Congress. Racha said his wife’s brother also met his spouse at AYC 2017.

But AYCs really aren’t just about meeting a mate.

“The speakers, the atmosphere, you worship all together and that was one of the best things in my opinion,” said Lamberth. “Definitely, I would go again.”

The Inter-European Division (EUD) and the Trans-European Division organize a European Adventist Youth Congress every four years. The first youth congress took place in Chemnitz, Germany, in 1928, according to the AYC website.