Should Women Have Religious Freedom?

by John B. Hoehn, MD

All the cells of a developing human live, die, and are replaced by different cells many times. This is as God designed it to be to create healthy humans in his image. Whether spontaneous abortion or medical abortion is a sorrow or a crime is a religious question with different opinions. Should women be allowed religious freedom? Adventists have had strong opinions on religious freedom; will we vote for freedom and against “the beast and its image”?

All Fetal Cells Are Transient

The gift of life when a healthy girl/woman’s ova meets a healthy sperm is a true miracle. There is every reason to consider it sacred and intelligently designed.

The germ cells called “egg” and the swimming rascal called “sperm” will both be replaced by their descendant cells as they multiply. Every fetal cell grows, reproduces new cells, and then dies as their progeny cells take over. From the first days, weeks, months of life every cell will undergo planned cell death (apoptosis) in order that their progeny cells can take over and grow into the new types of cell a forming human will need.

The germ cell turns into zygote cells. Some of the zygote cells turn into placenta cells, others change into embryo cells. The mass of embryo cells then become a blastocyst, which has 3 kinds of cells—ectoderm, mesoderm, endoderm. Each of those 3 kinds of cell continues to divide and be replaced by specialized cells for each of the types. We are now into the second month of development, and the whole mass of dividing and changing cells is about one gram in weight!

By the third month the cells are called a fetus but cell growth and replacement does not stop as the fetus continues to grow and change. Some blood vessel cells have to be replaced by heart muscle cells. By the fourth month the developing cells weigh three ounces. But even to the sixth month of development, cells continue to be replaced by more specialized cells; some ectodermal cells turn into fingernails, some into eyelashes, some into hair, and some into toenails.

This nuclear cell code (DNA) is the only thing that has not changed from the fertilized egg to all cells of a newborn baby. The germ cells are gone. The zygote cells are gone. The blastocyst cells are all gone. The three-month fetal cells are gone and replaced by different ones by the sixth month. It is a wonderful, highly complex, carefully programmed system carefully protected in the safest area of a woman’s body. But the religious idea that all human cells at any early stage are themselves sacred or divine and every cell from the moment of conception must be preserved is not the way life happens. Religious leaders in the past could not have known this. They should now.

Sometimes by trauma, by toxins, by radiation, by tobacco, by alcohol, by virus, by bacteria, by fever, by dehydration or shock something is damaged. Less than half of all fertilized eggs (zygote) survive more than two weeks. Only 4 out of 10 pregnancies (40%) become successfully implanted into the uterus. 60% of all new pregnancies are rejected by the body and spontaneously aborted. The girl or woman may only know that she had “a late period” and not even know that she was pregnant before it spontaneously aborted.

Sometimes, the DNA itself is damaged and a genetic abnormality happens. This can be Turner’s syndrome or Down’s syndrome or Edwards’ syndrome—all names for different types of genetic abnormalities that will cause permanent symptoms in babies or always be fatal. For example, Edwards’ syndrome is what happens when by copying error an extra chromosome 18 is formed, trisomy 18. Now the cells are all being replaced with new and necessary cells, but the DNA being passed down is defective. So even if a baby is being formed, it will not be a healthy baby with healthy cells.

Before birth that baby will be smaller than normal. The heart will not be normal, the head is small, the jaw and mouth are small, the fingers and hands are not normal. Most babies with trisomy 18 die before birth or within the first four weeks after birth. If they are one of the 5 to 10 out of 100 trisomy 18 babies born alive who survive to one year, they all will have severe mental defects as well as their serious physical deformities.

Today, with a safe blood test and the miracle of DNA analysis, a pregnant mother can be tested at an early stage to rule out these serious genetic errors. Some women may choose not to have a test, perhaps by religious conviction that whatever happens is God’s will. Or by compliance with their religion’s teaching. That is called a choice, and a women’s right to make that choice based on her religious beliefs is indeed sacred and to be protected.

Other girls and women would definitely choose to abort a genetically abnormal pregnancy at the earliest stage possible. They know that nature aborts pregnancies that are abnormal. And their religious beliefs do not include that God wants them or their offspring to suffer avoidable pain or disability. Either they don’t belong to Catholic or Evangelical churches against abortion, or if they do they choose not to accept that part of their church’s doctrines.

If a woman does not agree with the religious doctrine forbidding “any abortion for any reason at any time,” where is her religious freedom? Why should a woman who lives in Washington State have the right to decide which religious teachings on abortion she will accept, but not if she lives in a state such as Alabama, Arkansas, or Oklahoma, where this dogma is enforced by state laws making her and her doctors criminals?

Seventh-day Adventists once called the oldest Christian denomination “the beast.” Ellen White in The Great Controversy book (pages 441-445) explained what was beastly about the papal church, and why American politics was about to be used to make a copy of this religious behavior by Protestants in the USA.

She affirms that the US Constitution was “to establish a government upon the broad foundation of civil and religious liberty.” She then states that the first Christian church was corrupted when “in order to control the consciences of the people, she sought the support of the secular power. The result was the papacy, a church that controlled the power of the state and employed it to further her own ends, especially for the punishment of heresy. In order for the United States to form an image of the beast, the religious power must so control the civil government that the authority of the state will also be employed by the church to accomplish her own ends.”

“Protestant churches that have followed the steps of Rome by forming alliance with worldly powers have manifested a similar desire to restrict liberty of conscience… When the leading churches of the United States, uniting upon such points of doctrine as are held by them in common shall influence the state to enforce their decrees and to sustain their institutions, then Protestant America will have formed an image of the Roman hierarchy, and the infliction of civil penalties upon dissenters will inevitably result.”

The evangelical churches, then, have formed “an image-to-the-beast” when they use state governments to make laws enforcing their religious teaching that all abortion at any time (one day, one gram, three months) is not merely a sorrow or tragedy, but a murder. 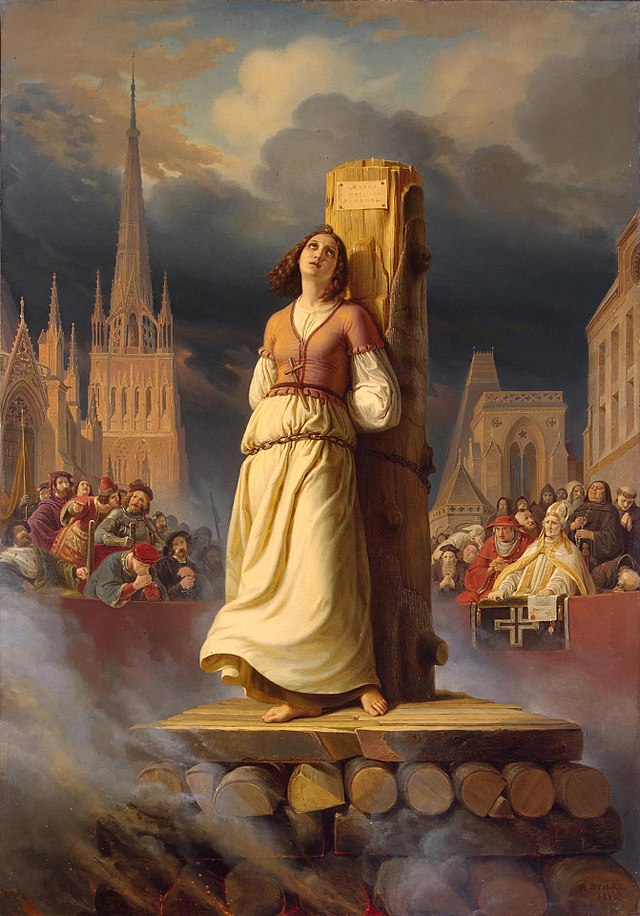 I am aware that the religious opinion Ellen White expected to unite the papacy and Protestant churches was on which day to worship. So far, this has not happened. But the desire of the Catholic church and Evangelical churches in the USA to now prohibit any abortion for any reason at any time, as is being done by political power in many states, is surely the same beastly and image-to-the-beast behavior.

But why must dissenters be punished by civil penalties by the state? Why are Seventh-day Adventists not all voting to demand freedom from religious persecution in any state by any civil government? Can we be so fixated on some future “Sunday-law” that we are ignoring the ramification of allowing any state government to punish women and their doctors for a religious opinion?

I once sat through a sermon given by an Adventist pastor “against abortion.” There were very few people of childbearing age in the congregation. But I wondered how any young or older woman sitting there with a secret untold would be feeling with his condemnation? I hope that pastor will now, before November 6 elections, remind his congregation of their duty before God to vote against any forms of enforcement of a religious opinion by civil governments in any state. The issue is not is abortion a sin? The issue is should religious opinions be supported by civil laws, fines, imprisonment, or burning at the stake—should dissenters from papal or evangelical doctrines be made criminals?

Dr. John B. “Jack” Hoehn, MD is a retired family physician who as an obstetrician delivered over 500 women from obstructed pregnancies by Caesarean section surgeries during his years as a mission doctor in Africa. He is a citizen of the USA, and this article is about an issue in American politics, but the principles of religious freedom apply to all people in all nations. The subject of birth control and family planning for Adventists is discussed at greater depth in his book, Adventist Tomorrow by Jack Hoehn, available on Amazon.com in both Kindle and Paperback formats.

The illustration by Hermann Anton Silke, Joan of Arc’s Death at the Stake, is reproduced from Wikimedia Commons.