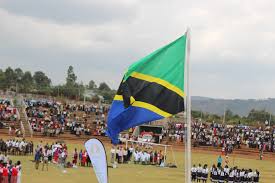 The Sabasaba Seventh-day Adventist Church in Tarime, Tanzania, was filled with 5,000 pastors, local elders, deacons and deaconesses from the Mara Conference the week of 19 to 22 August for ministry training led by Pastor Anthony Kent from the General Conference and Pastor Mussa Mitekaro from the denomination’s East Central Africa Division (ECD). The event was covered for Adventist Today by Tyson Jacob, our reporter in Africa.

Although this kind of training event is scheduled regularly in North America, Adventist Today was told that it was the first of its kind in this conference and the Northern Tanzania Union Conference.

Kent emphasized that church leaders should work for the greater good, focusing on the role of shepherd of the flock from 1 Peter 5:2-4. He shared stories from his personal life and ministerial experiences, emphasizing spiritual principles.

Mitekaro stated that “a leader who no member talks good about … is of no good,” and “a member who fights with a pastor is also of no good.” He talked about the conflict at the Nairobi Central Adventist Church which has received considerable coverage in the secular media and been reported by Adventist Today. He said it started with a person who claimed to have not wanted the current pastor and later it was discovered that he is not a church member.

The event was organized by Pastor Ezekiel Ojwang, the president of the Mara Conference, and Pastor Joseph Matongo, the conference communication director. “Their effort has really uplifted Mara Conference and our district,” said a church member from Sababu. “We are praying for their hard work.”

Musa Lugembe, a member in Sabasaba church, told Adventist Today that the event could not have been shortened. He was expecting it to continue into the weekend. “We prepared for months and it only took days. … We weren’t satisfied, though we thank God for what we got.”

On Wednesday the guest speakers were given the privilege of planting trees. Pastors Kent and Mitekato each planted a tree, and Pastor Ojwang urged the participants to care for the trees as a sign of their spiritual growth. “Water them and make sure they stay active always,” he said with obvious reference to caring for their congregations.

Adventist Today was told that Kent was traveling on to visits in South Africa and Ethiopia. Prior to this event in Tanzania, he was in the Democratic Republic of Congo.