Seeking an Understanding, by Seth Pierce 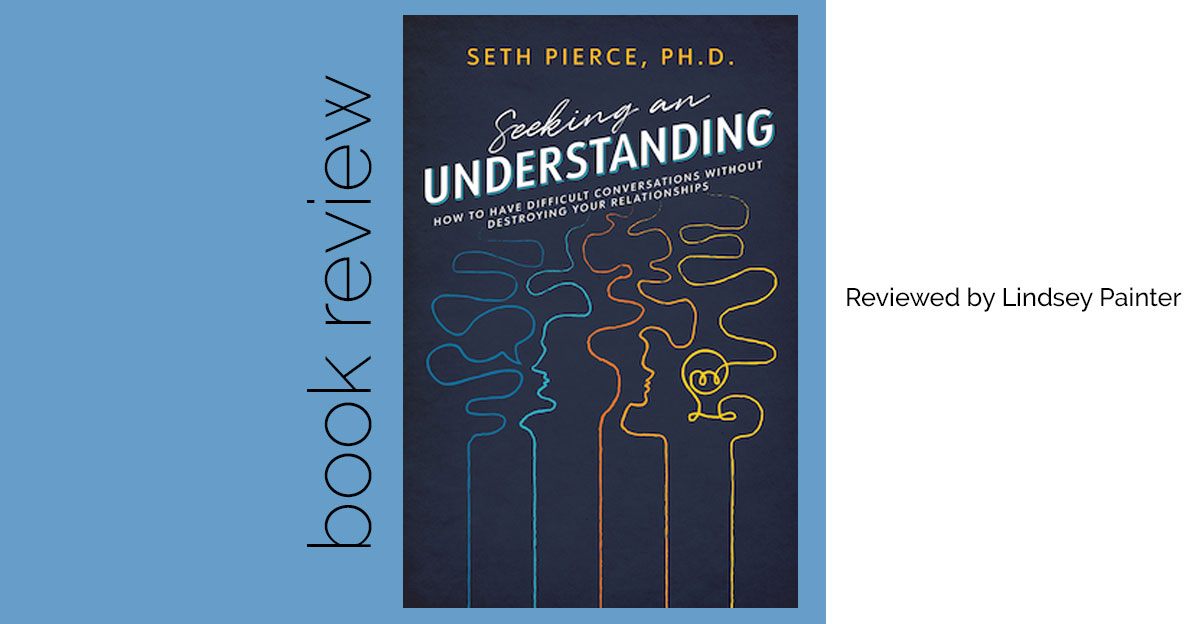 If you’ve ever met Dr. Pierce, or heard him speak, you will not be surprised that he has written a book urging Seventh-day Adventists to communicate with one another better. Seth has been a pastor’s kid, a father, husband, pastor, and is now theology and communications professor at Union College in Nebraska. He has dedicated his life to helping people communicate better. The thesis of his book, and his life, is that better communication can solve many problems.

This book is especially timely. We live in a world divided by differing ideas. The very idea of truth has been called into question. In a world where people are “cancelled” if they don’t have a spotless record, it can be intimidating or even impossible to have productive conversations. Holding people accountable for racism, sexism, etc. is important, but there also needs to be an understanding that growth isn’t instantaneous. People need time to change their views, to grow. But our culture doesn’t have patience for growth. So how is a person supposed to have real conversations with people who disagree with them during such a time?

The ideas that all teenagers are rebels, all LGBTQ people are promiscuous drug abusers, all liberals are socialists, and all conservatives are fascists represent just a small sample of the harmful stereotypes that are re-inscribed every day through careless conversation and inflammatory/ill-researched social media posts. We need to do better.

Indeed, if we can learn to understand where someone else is coming from, understand the culture, upbringing, systems of power and oppression, and life experiences that have led them to adopt their views, we can go a long way toward breaking down the barriers that divide us.

Early in the book Dr. Pierce talks about how when he was a pastor he was often told, “Don’t be political!” Many pastors and other church leaders are told this. But is it a good idea to ignore the political climate altogether? He mentions two salient points that are worth considering as we consider this question.

The first is that part of the reason so many young people (and some not so young people!) are leaving the church is because they find the church irrelevant to the current cultural climate.

And let’s admit that in our culture it is almost impossible not to be political. Our leaders in recent years have made everything into a political battle. Wearing a mask. Using a public bathroom. Playing team sports. Shopping at a wide variety of stores. Interacting in any way, positively or negatively, with the police. Even some kinds of food are considered political! How is it possible to avoid politics in a world where everything is political? Most people are unsuccessful at avoiding politics and stumble into it anyway. Alternatively, if you are successful at avoiding politics, you look like you’re completely out of touch with the things that matter to people.

The second reason that we should consider being political is that our culture has decided politics is too inflammatory a topic, and should be avoided at all costs. But by avoiding talking about it, we have allowed the gulf between our belief systems to grow so wide, so out of proportion to reality, that we barely share a language with which to discuss these complex issues.

Perhaps rather than avoiding so many topics, our culture could cultivate a climate of respectful disagreement. Imagine a culture where people were able to discuss and argue not to prove a point, but to seek to understand.

This isn’t a new idea. Rabbis are famous for their passionate but respectful disagreements: it is said that if you have one passage of the Torah, and five rabbis, you will have six interpretations. What if when you met someone on the opposite side of your political views, you found a person willing to actually hear and understand you? And they found the same qualities in you?

This book breaks down many of the barriers to communication in a clear, easy-to-understand, and entertaining way. Dr. Pierce discusses political correctness, systems of power, culture, memory, context, intercultural anxiety, and many other things.

But he doesn’t stop at outlining the problem. He also strives for a solution. Have you heard of “invitational rhetoric”? Neither had I until I read this book. There’s a difference between “winning” a conversation, and “understanding.” When we are discussing a difficult topic, so many times we are so focused on winning that we forget the most fundamental way to build bridges is to understand. Seeking an Understanding also gives us a roadmap for what to do when things go wrong in our conversations.

The conclusion speaks for itself:

Any area of study is dynamic, but communication and culture are especially so. It takes strength of character to listen to others tell you where you don’t have things right and need to change. It takes grit to challenge your biases; but in the end, if we can understand each other better, it’s worth it.