Seeds of Love Planted Over a Century Bear Fruit 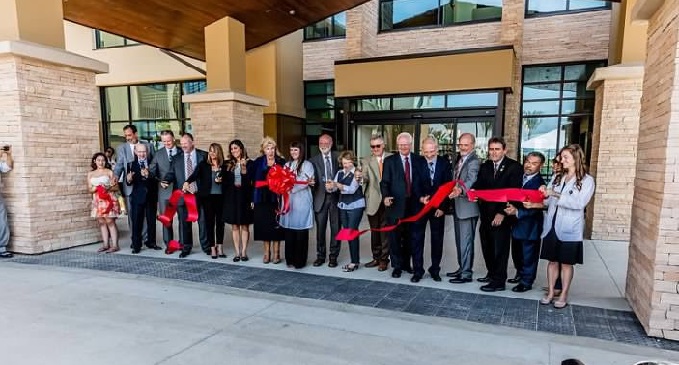 By Debbonnaire Kovacs, July 7, 2016     Love always gives back. If we were to love for the purpose of getting back, of course it would not be real love. But love given just for the sake of loving, comes back around.

From the late 1700s to the early 1800s, Spanish explorers and missionaries were combing the coast of California, taking over lands, looking for gold, and “bringing Christ to the heathen.” No doubt there were loving Christians sharing their faith, and hearts receiving it eagerly. No doubt, either, there were harsh conquerors forcing their own version of Christianity and their own version of civilization on the native tribes who had lived in and loved this land for millennia. Usually, the latter were in the majority. And they have much to answer for.

In this case, some of the natives the Spanish called “serrano,” highlanders, who lived in the ridges, passes, mountains, and valleys of what became the San Bernardino Valley, were removed from their lands and put into “the mission system,” even being called “Mission Indians.” Those who didn’t die from harsh treatment and new diseases were ultimately found less valuable than the gold discovered in their hills in the mid-1800s, and were forced into reservations on the lowlands.

Enter Loma Linda, in its infancy. I heartily encourage you to watch this video in the beginning of which, tribal member Tom Ramos describes the poverty of the end of the 19th and beginning of the 20th centuries, and the doctors and nurses who came to care for every member of the tribe. The Natives never forgot. Grandparents still tell the stories. “They came for us,” Ramos says. Now that the tribe is in better circumstances, “we really wholeheartedly love to give back.”

The poverty is no more. Kerry Heinrich, CEO of Loma Linda University Medical Center, describes with gratitude the support San Manuel Mission Band of Mission Indians have given to the children’s center and the cancer center, which is named for them. Dr. Mark Reeves, the center’s director, says the Indians gave $3,000,000 to LLUMC to set up a clinic and research center that has saved many lives.

But the real shocker comes two minutes into the video. Listen to the cry of astonished joy as Ken Ramirez, Tribal Secretary reveals the front of an unprecedented $10,000,000 gift to Dr. Richard Hart, President of Loma Linda University Health. Secretary Ramirez becomes openly emotional when he says, “A hundred years ago, we were not in this position. We had dreams and hopes of one day being something better than what we were, but we never knew where we were going to end up, and the struggle that it took for all of us to get here. That couldn’t have happened without Loma Linda, staying by our side, when nobody else would pay attention to the tribe, when we had no means of economic development except an apricot orchard… We are caretakers of this earth, that’s what we were brought here for. It doesn’t matter who has it, we’re still caretakers of the earth, so I can’t think of any partner better than Loma Linda and San Bernardino, to start a new day and a new beginning, and that starts today.”

This gift was specifically for the purpose of building San Bernardino Gateway College, described as “the first of its kind in the United States.” It is truly intended as a gateway to greater things. It “will integrate training programs in health careers with clinical experience, allowing students to benefit from hands-on training and mentoring by Loma Linda University Health faculty and students. San Manuel Gateway College will offer a number of health career certificate programs. These six- to 18-month certificate programs will provide job entry skills, employment and college credit for students who elect to further their education.”

Tom Ramos looks forward to students, including his people, gaining “this prestigious learning from this prestigious institute” and becoming “top-rated doctors and medical staff.”

This all happened in 2014. The ribbon cutting of the new San Bernardino campus, including San Manuel Gateway College and the new Social Action Community Health System Clinic, happened a few weeks ago on June 22. Read the full press release of that event below.

And remember that it all began with love in action for people who seemed to be some of the “least” of God’s children at the time.

“This day is a dream come true,” said Loma Linda University Health president Richard H. Hart, MD, DrPH. After years of planning and18 months of construction, the completion of the project brought Hart to tears as he spoke.

Over 500 members of the community came out to be a part of history for the City of San Bernardino as officials held the ribbon cutting ceremony for the campus Wednesday, June 22.

View a photo gallery of the event here.

“We are opening the door to better health and the opportunity to fulfill important educational dreams for many in our region,” said Roger Hadley, MD, dean, LLU School of Medicine.

The one-of-a-kind health care and education facility funded in part by a generous gift of $10 million from the San Manuel Band of Mission Indians will house the San Manuel Gateway College, an expanded multi-specialty medical clinic operated by Social Action Community Health System (SACHS) and a vegetarian restaurant, which will showcase the longevity enhancing benefits of a plant-based diet.

“I cannot think of a better partner than Loma Linda University Health – a relationship that goes back 110 years,” said Ken Ramirez, tribal secretary, San Manuel Band of Mission Indians. “We are eager to continue to serve, educate and take care of the community we call our home and our family.”

“I can’t help but get emotional,” said Nancy Young, CEO, SAC Health System. “This building has been our dream for so many years and it’s finally coming true.”

San Manuel Gateway College programs, including medical assistant, front and back office skills and certified nurse assistant, are scheduled to begin in September.

Arwyn Wild, executive director of San Manuel Gateway College explained his eagerness to give high school kids the confidence and resources to succeed. “This is not about us,” he said, “it is about the future, providing a light at the end of the tunnel for our kids.”

Coming from the San Bernardino Unified School District, Wild knows firsthand what kids in San Bernardino schools have gone through and what they need to succeed.

In addition to the college and medical clinic, Farmacy Fresh Café will open in the fall offering a wide variety of ready-to-eat and cooked-to-order vegetarian dishes.