Adventist Today readers interested in what appears to be a permanent debate within First World Adventism (North America, Europe, Australia and New Zealand) on the topic of Creationism/creationism, may be interested in obtaining and reading God Is Here to Stay: Science, Evolution, and Belief in God. [Eugene, Oregon: Wipf & Stock, 2014.  ISBN 13:978-1-62564-232-2].

The authors of this volume are Thomas R. McFaul and Al Brunsting. They clearly are theists, believers that the God that they acknowledge is the ultimate creator of all that is positive in the world and universe. They also believe that the earth and life on our world is billions of years old and that various natural processes, including biological evolutionary factors, are responsible for the processes by which the planet itself and life – including human life − appeared on this planet. They introduce several additional elements into their understanding which will be unpacked when we discuss the book in detail.

Although I did not see these phrases used in the text, I would not be surprised if the authors would accept the attribution of being “evolutionary creationists” or “progressive creationists.”

In a subsequent commentary, I will review the ideas that these authors cover in this volume. As an introduction to this upcoming commentary, I wanted to address several relevant issues that often come up, at least within the Adventist context, when this topic is considered.

First, let us consider the purpose of using the phase “Creationism/creationism” in the first paragraph. It is employed to highlight what is often a terminological confusion, although the distinction is a simple one. The distinction is based on the assumption that every Christian of whatever division, branch or persuasion will confess that the God of reality, however conceived, is, in some way, responsible for the physical world. That point of view may be called creationism. However, that word is typically not used by modern non-fundamentalist Christian creationists, primarily because the word has been corrupted by recent usage by fundamentalist elements, essentially hijacked to mean Creationism.

“Creationism” (capitalized “C”), including that classic oxymoron, “Scientific Creationism,” is a creation (sorry, could not resist) of those who reject modern intellectual advances in the Western world over the last 300 years while happily accepting the technological advances of that same modern world, including that of modern scientific medicine. Such a stance represents a schizophrenic, hostile reaction to the rise of modernity created as part of the fundamentalist and populist attacks on the elements of what makes the modern world what it is.

Both YEC and YLC believers think they know what they believe because they say that they accept what the Bible says. What they are actually doing is following a relatively recent interpretation of the Genesis narratives and several statements contained in other parts of the Christian Bible. For traditional Adventist Creationists, it is primarily the writings of Ellen G. White (EGW) which are being used as the authority with biblical passages interpreted to agree with EGW.

To say that the earth and life are “young” or “recent” usually means that the earth and/or life is not older than about 10,000 years, or more often, not more than about 6,000 years. For most of them, creation occurred in six-literal, consecutive 24-hour days. These individuals also almost always believe in a recent world-wide Flood usually about 4,000 years ago or so. (Some of these individuals believe in a localized or regional “world-wide” flood, i.e., arguing that “world-wide” meant the part of the world that the ancient Hebrews knew about.)

A second preliminary point that might help our discussion of the contents of this book is to suggest a perspective about what it would seem that most fundamentalist Creationists, both the Adventist and non-Adventist versions, do not understand or wish to understand. It has to do with the nature of the modern scientific enterprise. By that I mean the collective approach taken by practicing contemporary professional scientists in their approach to their studies of how the various parts of the natural world function.

Many will have perhaps read the criticisms by fundamentalist apologists of the “bias” of scientists. This was a topic recently addressed in the Adventist Review yet again by my good friend Cliff Goldstein in another of his “Cliff’s Edge’s” diatribes. The critics will typically state something to the effect that one of the “problems” of science and scientists is that they use only naturalistic or materialist explanations in their study of the natural world.

I suggest that when one reads that kind of criticism coming from the pens of YEC/YLC fundamentalists, it vividly reveals a fundamental (sorry, I can’t help myself) misunderstanding of the nature of the contemporary scientific enterprise.  This misapprehension or deliberate misrepresentation (I can’t tell which) applies both to criticisms of the results of biological evolutionary studies as well as criticisms of modern geochronology.

Contemporary mainline science at the most basic level operates within a very well understood framework to which all modern scientists adhere if they are to be considered serious researchers and have their findings published in major scientific journals. That framework operates with the assumption that the only physical reality is a materialistic reality. As far as modern science is concerned, there is only one reality, and that reality is materialistic.  I don’t know how many ways you can say the same thing, but that it is the way it is. That is how mainline or conventional contemporary science operates.

Twentieth and twenty-first century science operates with both a set of implicit assumptions about the nature of the physical world and a series of operational methods that are to be used in advancing a scientific explanation. The existence of these assumptions and methodologies means that those scientists who are accepted as such by their peers operate by a set of rules.  If you follow the rules of how to conduct your studies and what kinds of evidence or data are relevant in reporting your results, you are conducting a scientific investigation.  If you choose not to do so, you are not.  It is not a very complicated concept.

An analogy is that one would ordinarily think that in playing baseball, one would wish to play by baseball rules. There are baseball rules, and they must be followed or you are not playing that game. It is very simple. If a batter has collected three strikes, he is out.  If he says, no, I want four strikes, not three, there is something wrong with him. He is confused. Or, if he says, I want to have four downs in which to move this baseball from home to first base, we would conclude that he is trying to play baseball with American football rules.

If you wish to play by the rules of science, then the data you collect will be considered.  If you do not wish to do so, that is fine, but it is not science, and your data is irrelevant for the purpose of doing science. For example, if you wish to say that your data has been communicated to you by a supernatural agency, you may see that data as relevant, but the mainline scientific community will not, and you will be ignored by that community, as you should be.

Now do all scientists believe that the statement “The only reality is a materialistic reality” is “true”? That is an irrelevant question. Science, as such, is not concerned with metaphysical or existential reality. Now some individuals who are scientists in their professional life are interested in such a topic, but they cease operating within the scientific framework when they consider or make statements about the nature of metaphysical or existential reality. Science operates as if that reality if only materialistic. The approach is sometimes called methodological naturalism. Now if you wish to argue that materialistic reality is the only reality, you then enter the world of philosophy and theology.

I have been surprised how hard it is for those committed to a fundamentalist religious ideology to understand the nature of the contemporary scientific enterprise. Some of them will argue that this is not the way science should be.  That’s fine. One may object to the current definition of science, but that is the problem of those objecting. You may also wish to argue that baseball should not be played with baseball rules.

The mainline science community is constantly trying to inform the general public that science is one way to study the natural world.  It does not pretend to be the only way. However, science has demonstrated that, to this point in its development over the last five centuries, it is the most successful way of studying the material world. The proof of that statement is in the technological and medical advancements made over the last 100 years when that model is implemented.

Parenthetically, some may comment that some scientists seem to argue that the scientific way is the only way. That is certainly correct. But, that is merely their own personal opinion.

With all of that as a background, in my next commentary, we will be considering the arguments contained in a book God Is Here to Stay: Science, Evolution, and Belief in God. If you are interested in this topic, please obtain a copy of this book and read it though. And no, I am not receiving a commission for advertising this work. 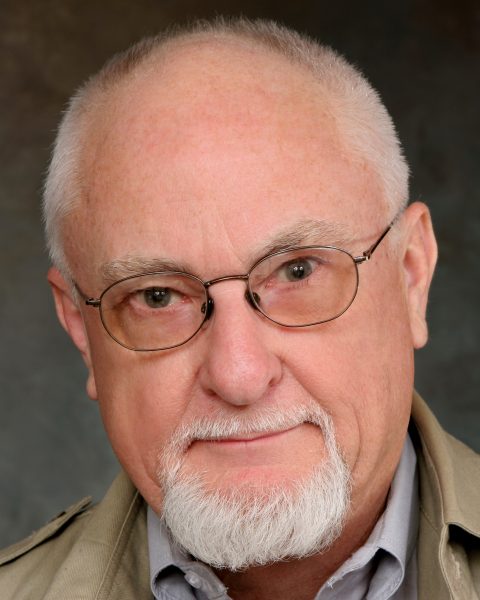