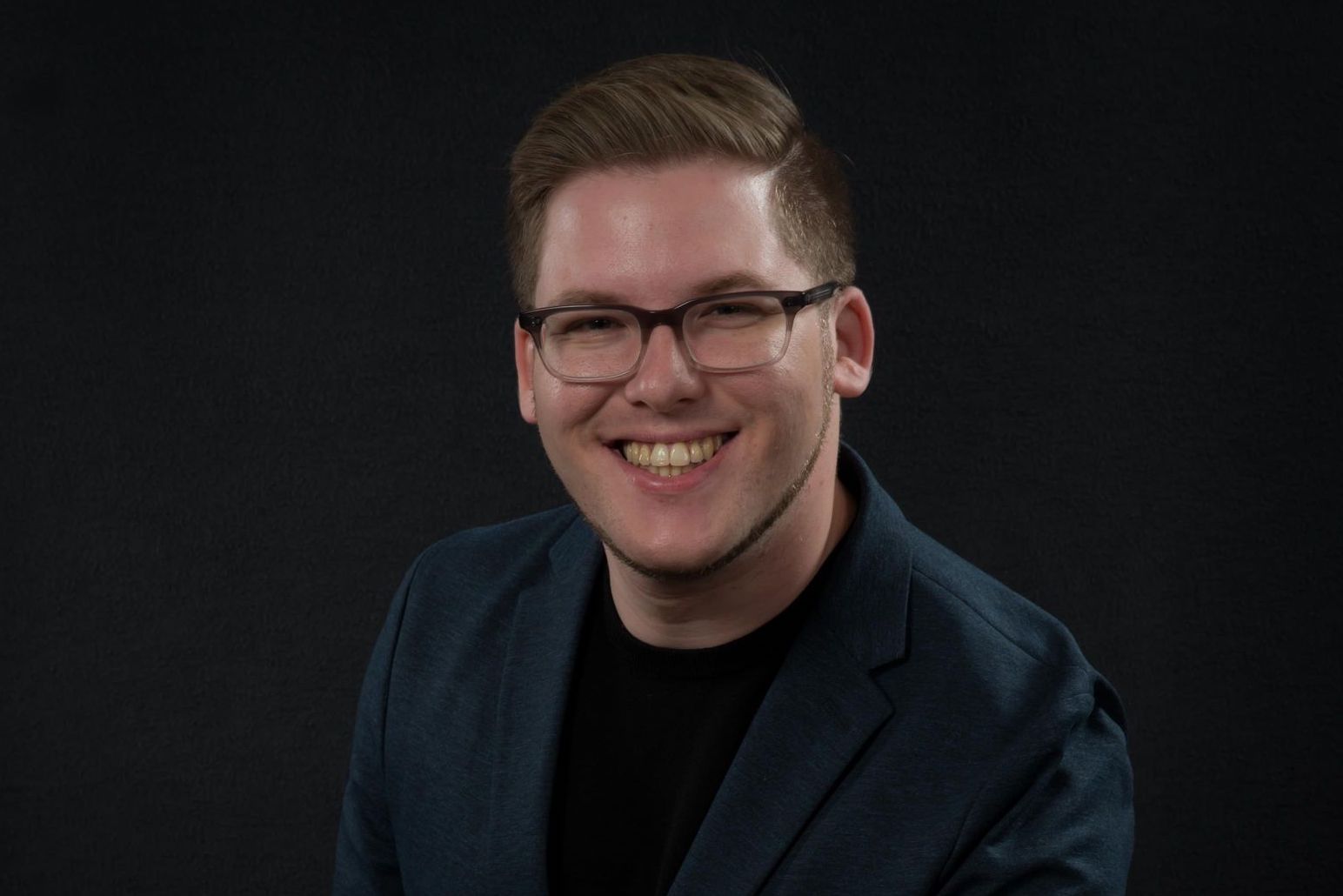 31 January 2022 | What’s a guy with four degrees from La Sierra University (Religious Studies, Archaeology, Philosophy, and Film & Television Production: Screenwriting), a minor in biblical languages, a Master of Arts in Religion concentrated in Second Temple Judaism from the Yale Divinity School, a Ph.D (in process) in New Testament studies from the University of Birmingham, and a self-professed obsession with the Bible to do?

Matthew Korpman, 30, is the brains behind “Bible Scholar Reacts,” a video series sponsored by Adventist Today that takes a critical look at religious misinformation.

“It too often seems that no one in the Adventist church, or larger Christianity, is fact-checking different things and ensuring others have the ability to know what is correct or incorrect,” said Korpman, who is also an adjunct professor of Biblical Studies and Theology at La Sierra University. “Given my role in the church and my knowledge in the topics, I want to fill that gap and ensure people have the resources they need to evaluate things effectively.”

Besides time spent filming the episode, Korpman can spend up to several hours editing it, trying to make sure that video clips don’t appear out of context, and/or that the person doesn’t appear less reasonable than they are. “I’m always attempting to be fair,” he said.

Viewers can expect to see diverse content. Korpman plans to tackle TV shows that have discussed biblical topics, or cherished evangelists who have stepped outside their field of expertise, plus topics about which people have many questions. Past episodes have dealt with a Vatican conspiracy, plus Walter Veith and the Flat Earth. His most recent episode is, “Was Noah an Alien?”

Korpman hopes the series will entertain and educate, while making people laugh. Also, that it will inspire Adventist institutions and organizations to hire and maintain fact checkers who will ensure misinformation isn’t carelessly or accidentally spread by individuals.

He has this hope, too.

“I’m hopeful also that these videos and the channel will create and form a community of people, Adventist and larger, who will enjoy learning about the Bible, laughing at our shared human shortcomings, and growing into smarter and more careful thinkers who are concerned with Christ’s desire for our communities,” said Korpman.

“[The videos are] a lot of work, but if the result of that work pays off and helps others and the church as a whole, the work has been worth it. That’s always my prayer.”

A new episode is uploaded every Monday on Korpman’s channel. Viewers are encouraged to subscribe to it for updates about Korpman’s latest releases.

(Photo: Matthew Korpman is the brains behind the YouTube series, “Bible Scholar Reacts,” a video series sponsored by Adventist Today that takes a critical look at religious misinformation. Photo courtesy of Matthew Korpman.)