Last week’s report of the South American Division’s (SAD) Executive Secretary shows an alarming loss of young people from the Adventist Church in that region.

Although the SAD has made efforts to create programs to strengthen and retain Adventist young people, the results show that the methods implemented are not very effective. When doing a longitudinal analysis from 2011 to 2020, the SAD registered 2,260,725 new members; but at the same time lost 1,589,600 members. Taking into account in the same period members up to 30 years of age, the loss was 943,096 young people, 67% leaving the church. Elder Heidinger added:

“… when the analysis is made in the specific age range from 17 to 30 years old (young people), then the losses exceed the gains of members. There are 674,408 who left the Adventist community against 534,136 who entered as Adventist members in the same period.”

Although the SAD statistical report does not state the main reasons for the loss of Adventist youth, it is not difficult to approximate the possible causes. While the SAD recognizes the importance of implementing youth programs, in practice most local leaders and pastors follow conservative and closed models of worship. There is a certain resistance to the modernization of the churches and it is taught that postmodernism with its mentality is the enemy of the church, when the majority of young people belong to the postmodern era. The refusal to relax the rigid and orthodox structure in the local churches ends up overwhelming and suffocating the young people.

An example is what happened at the Florida Adventist Church in Buenos Aires (Argentina) where I attended during 2018 and 2020. The young people had more than six years doing the program whose name was “After Week.” However, during the period I was there, the youth received constant attacks from the local elders, the youth pastor and the senior pastor, because in their opinion they were “losing the Adventist identity.” The matter turned hostile when the youth decided to introduce an electric drum set, even though the money for the instruments and set was raised by the youth themselves. The church board with the pastor censured the young people, and more than 80 left.

Paradoxically, the elders didn’t attend the After Week program, because some claimed that this service was like going to a discotheque. When the elders shut down After Week and replaced it with a more traditional “young adult” worship service, now renamed “Point” and featuring traditional hymns, you could see the church leaders—some of them over 70 years old—happily attending and singing.

Now these young Adventists, whose program was cancelled by their local church, have moved their services online. They are now called “After Week Buenos Aires,” and on their page described themselves only as “Christian Church.” They are looking for a place to continue with the proclamation of the gospel and the love of Jesus to other young people in Buenos Aires—but they aren’t welcome in their home church. You can watch their worship here.

In many regions of the South American Division, even in the 21st century, such absurd topics as the use of percussion instruments in worship are still an issue. As long this kind of religious fundamentalism persists, there will continue to be a massive loss of young people. These young people don’t want to be religious fanatics but rational believers in a God of love and mercy. In one sense wiser than their elders, they understand that salvation doesn’t depend on the religious organization, and have found their own way to continue to minister. 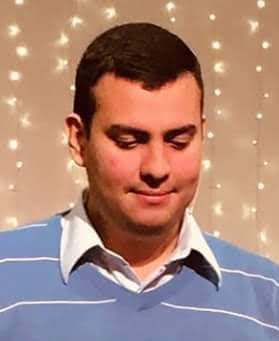